While much of the focus of the Covid-19 vaccine launch has been rightly focused on Auckland, a trio of regional DHBs at the other end of the country are also leading the way. 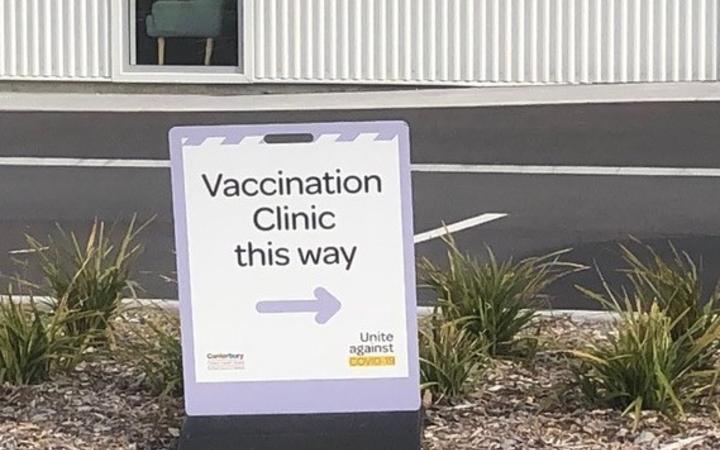 Nelson Marlborough, Southern and South Canterbury, along with Auckland, have taken more punches to the arms than any other area.

Nelson Marlborough leads the country when it comes to Covid vaccine injections with 124.7 doses per 100 people.

Of those 12 and more than 77 percent now had their first dose.

While that lagged a bit behind Auckland, nearly half of those in the upper south were fully vaccinated, well ahead of New Zealand’s largest city.

Marlborough was only doing even better, 85 percent having had his first hit.

Marlborough Primary Health Executive Director Beth Tester said it was about getting out of the blocks fast.

“We planned the entire district and went out early talking to our community, working with businesses, connecting with Iwi and Maori healthcare providers, and establishing a central vaccination center with the support of general practice.”

They also recognized the need to enter remote rural areas and developed novel methods to do so.

“We financed a boat to take people to Havelock. After the floods, they were isolated and could not go through roads and we have done it again for them to come to Havelock and finish their second doses,” Tester said.

“It also helped their well-being and allowed for vaccination, so I think it’s beneficial for everyone.”

Dose per 100 people per district health board

The need to reach out to rural communities also sparked a conversation between Wakefield Pharmacy co-owner Scott Fry and his brother, a Wakefield Health Center physician.

As a result, a mass vaccination event was held in the town hall and nearly 500 people received their first dose earlier this month.

“I think almost one in two people had a couple of red bands that were good to see and even a couple of lambs showed up at one point,” Fry said, referring to those who came to the clinic.

“From the comments of the day, there were a lot of people who said they wouldn’t have been vaccinated if it wasn’t easy, so we picked up a lot of extras that might otherwise have been forgotten. Which is really good.”

A second dose clinic would take place in Wakefield next month.

First doses by the district health board

In the Deep South, 79 percent had already received their first dose and 44 percent were fully vaccinated.

Southern DHB’s Covid-19 vaccine launch program leader Hamish Brown said the success was due to supporting and relying on community services to deliver the vaccine where it was needed.

“We recognized that we did not have the resources to be able to deliver this ourselves, so we deliberately went to work with WellSouth, working with community and primary care organizations, who know their communities best, to implement the program.

“I think that collectively that force has been what has allowed us to deliver.”

Because other DHBs had allowed community health services to take over, vaccine launches had accelerated there as well, Brown said.

The Maori and Pasifika-led clinics also enabled them to reach out to those who were being left behind, and again, the DHB had sought to support iwi-led initiatives, Brown said.

Second dose of the district health board

South Canterbury DHB was just behind Auckland in vaccine doses.

Three-quarters received at least one dose and 43 percent were fully vaccinated.

“From the beginning, people were eager to get vaccinated, so I just put it down to, one, being well organized and, two, people didn’t have the reserves. It was nothing more than that.

“I think we’ve had a great opportunity and DHB has done a fantastic job.”

The hardest part lay ahead with the push to reach 90 percent of those eligible, but Bowen said he was confident his community would play its part.