A learning program aimed at ridding Aotearoa of its worst plagues has received a funding boost of $ 2.35 million. 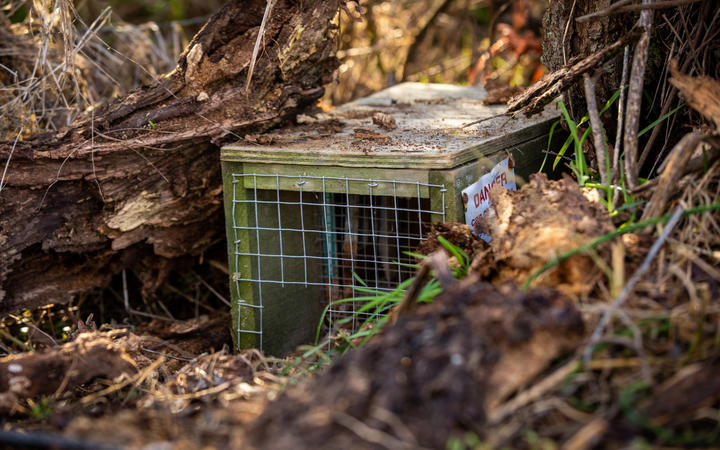 The two-year program started last year and aims to increase the number of skilled workers involved in predator control.

It is a timely boost to work to meet the government’s goal of eradicating the most destructive introduced pests in the country.

Holly Brown began her predator-free apprenticeship with Good Wood Aotearoa in November and hasn’t looked back.

“To begin with, it was more simply because I wanted to be in the bush. But I have developed a passion for caring for the bush, recovering it, and bringing the birds back,” Brown said.

“I think I was a bit lost in what I wanted in life and that has given me a sense of purpose.”

She was one of 48 apprentices on the ground since the program began late last year.

While Brown was based in Whangārei, he traveled the upper North Island for his apprenticeship, learning from specialists and earning industry qualifications.

“The target is the kiwi. But we want to bring back all kinds of birds and bring back the native bush. Many of them have been decimated by the activity of opossums, stoats and rats,” Brown said.

“Once you know what you’re looking for, you can really see that it’s really impacted on the bush and we’re just trying to get it back to its natural form. So we can all enjoy it.”

Jessi Morgan of the Predator Free New Zealand Trust recalled when the sound of the kea was common on childhood ski trips.

They were some of the taonga who had been badly beaten and were in national danger.

“A recent study shows that 50 percent of nest predation was carried out by wild cats.”

Yesterday, the government announced additional funding for the program that would add another 25 people.

Morgan was pleased with the increased funding and hoped that the learnings would help inspire and train a new generation of conservationists.

The trainees were already making a difference in conservation efforts and in their own lives, like a project in the Bay of Plenty, he said.

MBC Environmental has been helping protect the Whio and Kiwi living in remote areas of the West Coast by attacking stoats and rats.

Director Adam Walker said they were preparing to hire a fourth apprentice.

“To have the opportunity to bring in another apprentice. It’s to create this group within the business that really feels like they’re going somewhere and we’d love to add more people to that.”

“Because of the funding behind it, a lot of the business risk of onboarding people is eliminated.”

The program meant they could afford to hire people who didn’t have the necessary specialized skills and train them, he said.

It had also given the company a clearer vision.

“For a long time it felt like we were trapping animals without really knowing what we were doing and it really changed the fact that we are actually doing protection programs that these whio and kiwi – this is what we are here to protect. And I think that it is the great change that we are seeing “.

Conservation Minister Kiri Allan said the learnings would not only help protect biodiversity, but would also help create a competent workforce that could see their future in conservation.

“We recognize that we are on the brink of a global and national biodiversity crisis, and the only way we can turn the tide, so to speak, is if we have a sufficiently skilled workforce. Passionate about our environment,” he said Allan.

While predator-free 2050 was many years away, Allan said apprenticeships were one way to help Aotearoa reach that goal.