The Department of Conservation spent $ 130,000 caring for Toa, the orphan Orca. 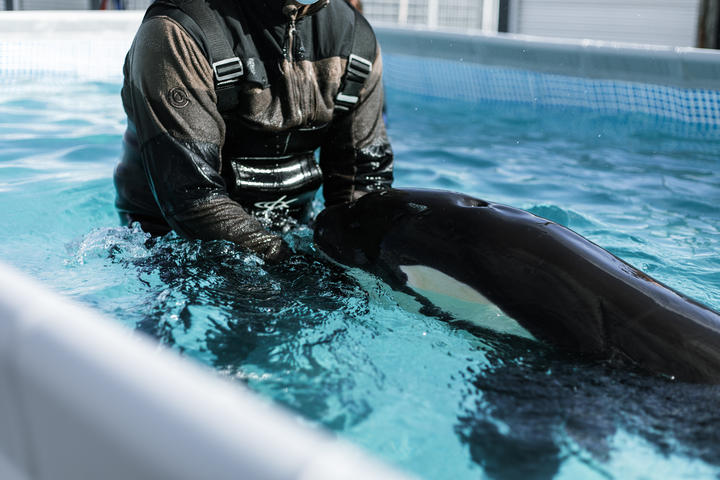 He was abandoned by his pack north of Wellington in July, and was cared for by the department and volunteers for 12 days before his death.

The DOC has now released information about the operation, including everything from international expert advice, to health updates and text messages between staff.

It detailed how the money was spent on the calf.

The rest is divided between food for the killer whale, helicopter rental, equipment and weather forecast.

The total expense was $ 17,000 more than the department budgeted.

The DOC also published a variety of texts, most of them about interviews with the media and the messages they want to convey.

In a briefing, he said: “People will want to be confident that the DOC and its partners have done everything possible for the orca calf. That every decision is made in the best interest of the calf.

“There will be disagreement about what is best.”

The messages also included correspondence with the Minister of Conservation, Kiri Allan, about logistics and whether there was a proper consultation with mana whenua.

There were even requests from film director James Cameron about whether he could visit the killer whale.

The statement includes 380 pages only on the condition of the animal.

One of the main concerns of the Department was the orca’s interactions with humans.

“The biggest non-health concern is the constant habituation of the calf to the presence of people, including some basic training of the calf (for example, to remember the animal through manual commands) that has been done by Dr. Visser.”

Text messages between the staff involved also said that Toa was urinating on demand, requiring immediate attention when feeding and nuzzling to sleep.

Another also called the number of people spending time in the water with him a “joke.”

But overall, the Department said he was in good health for the 12 days, as well as stomach pain after eating and possible skin and eye irritation when the pool had to be chlorinated due to a sewer spill in the pool. port.

There were almost no details of the day of his death, apart from some text messages informing people that he had died and an email to ministers saying that he went downhill quickly and was having trouble breathing.

A draft statement on the death read “The condition of the juvenile killer whale that was stranded 13 days ago began to deteriorate around 5 pm, sinking and remaining to the bottom of the sea.” 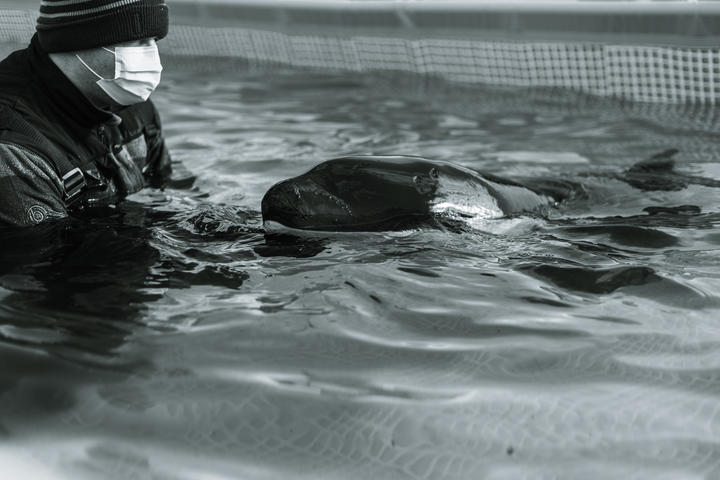 It was decided four days after his stranding that euthanasia was the most likely option, and international experts advised that it be lifted sooner rather than later.

Finding the capsule was highly unlikely, but all other options were socially unpleasant.

“Releasing the killer whale into the sea by itself would have been inhumane, since it was a calf and could not feed or protect itself.

“At the other end of the spectrum, keeping the orca calf in captivity for the rest of its life would not be legal in New Zealand.”

Euthanasia was still being discussed the day Toa died, but Mana Whenua and Ingrid Visser hadn’t made a call.