Two Maori wāhine are behind a new short documentary Song of wind and rain Released this year that explores a granddaughter’s connection to her famous grandfather through poetry and Maori tea. 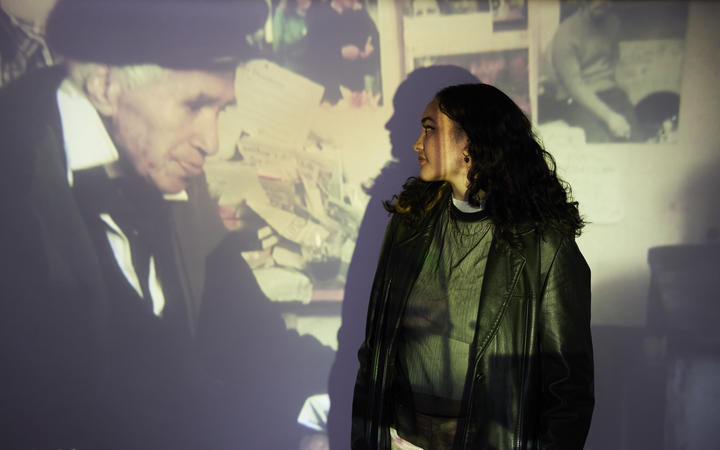 An image of Wind Song and Rain.
Photo: Annupam singh

It will be shared as part of season 8 of the Loading Docs 2021 documentaries.

Wind Song and Rain is the title of a poem written by one of New Zealand’s most respected Maori poets, the late Hone Tuwhare.

The documentary follows Tuwhare’s granddaughter, Manaia Tuwhare-Hoani, as she is guided back to her farm at Kākā Point in hopes of finding connection and arohatanga.

Tuwhare-Hoani, like his grandfather, found a passion for the power of words and regularly sings poetry with the Ngā Hine Pūkōrero group of Maori women’s spoken words.

But he never met his late koro, who passed away when he was 5 years old in 2008.

In the film, the late poet says, “You are writing love letters to the world” and audiences see that the short film marks a turning point for young Tuwhare-Hoani as she seeks to share her own love letter to her koro.

Tuwhare-Hoani Saod said that being the central focus of the film was a special experience through which she was able to discover more about her whānau and herself.

“It was important to reconnect because growing up I saw and knew him as this famous poet, but not really as my koro.

“The reconnection journey was learning more about him and understanding him more, but also having that connection between us as a grandfather and granddaughter,” he said.

Matariki Bennett, 19, directed the short film that has added to his work since he graduated from South Seas film and television school.

Bennett was already Tuwhare-Hoani’s best friend and the two had worked together at Ngā Hine Pūkōrero.

She said she enjoyed telling personal stories in which the kaupapa is one that she and others can relate to.

Bennett said that working alongside Manaia on such a sentimental story was an organic process in which everything seemed to fit together.

“We talked about what the story could be and what Manaia wanted and the connection she yearned for with her koro.

“I feel that much of my work in the past, whether in poetry or in film, focuses on themes of reconnection and connection with culture and family,” he said.

Growing up, she often turned to her koro’s poems for help and support when trying to find her sense of herself.

“I learned a lot from his poetry as a child.

“My first language was Te Reo Maori and I was very bad at reading, spelling and English, and I still am, which is very funny because I am a poet.

“Poetry has given me a lot of confidence and an outlet to express my creativity that I was maintaining. It has given me and the person I am today.”

Building on the Maori kaupapa values ​​of whakapapa and generational connection, Song of wind and rain it was a way of paying tribute to the artists of the past, Bennett said.

She is proud of the film and the connection it has created within the Manaia whānau.

“I’m proud of the movie because Manaia is happy and her whānau is happy with her, and that’s all I wanted to do.

“It’s like a gift to Hone and his generation of Manaia artists and our generation.”

Tuwhare-Hoani hoped that the public would understand more about the reconnection and how the power of words helped her find her koro.

“It provided me with a lot of healing … the journey of reconnecting with Koro, it felt so necessary.

“I definitely don’t think the reconnection journey is over and I’m excited to see where it takes me,” she said.