A photographer seriously injured in a helicopter crash on their wedding day says she hopes to reunite with the couple and document their second wedding day on their first anniversary. 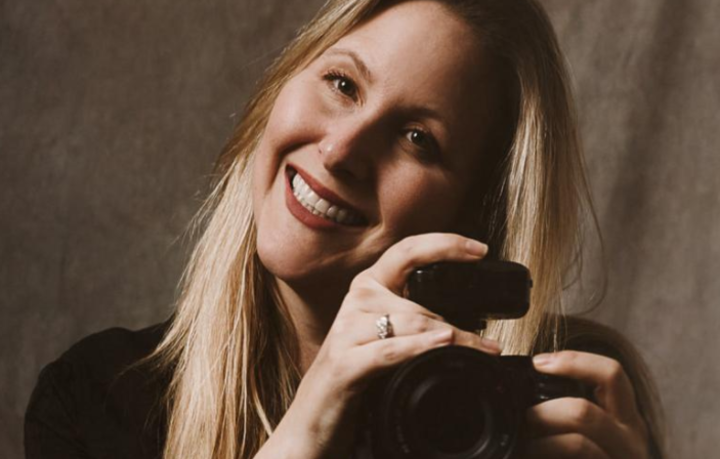 Wedding photographer Rachel Jordan was one of four people injured in a helicopter crash in Canterbury.
Photo: Givealittle

Rachel Jordan was photographing a wedding in Canterbury when the helicopter she was in suffered a mechanical failure and crashed to the ground.

Jordan, the pilot, the bride and the groom were rushed to the hospital with serious injuries.

Jordan returned home after months of rehab and said she was eager to get back to doing what she loves.

“Rehab is going well. I started walking with a channel frame. Everything is slow, in slow motion and I guess when you have a spinal injury it’s all baby steps. It’s like being in a sense where every part of your body needs to learn to work again. “

“I thought I probably wouldn’t be walking for another month or so and then I grabbed onto the bar frames and my body just wanted to walk and it’s great, I wanted to have a little party but it was closed so no one can party with me .

“Goal setting is very important, so my goal when I got to the rehab unit was to get out of there in a walker, you know, and I achieved that goal. The last day I was there I started walking and it was quite beautiful. For me anyway.

“I reached my goal, you know? My body worked.”

“I was able to leave (the rehab center), but I hadn’t seen anyone in weeks, so it’s been three weeks since I saw someone and everything was pretty disinfected in the facility … everyone is wearing masks, no Entrance to anyone if they are not working on the premises, so it is quite closed.

“It’s been three months since, you know, since I came home and it’s perfect, I love it, I’m so happy to be home.”

Jordan is in contact with the couple whose wedding he was photographing on the day of the accident.

“We chat from time to time and we just hear how they are doing, and you know they are recovering at home and are also in rehab, so their rehab continues.

“Overall, we are all doing quite well given the situation we are facing. We are planning to meet in a year from now.

“So next winter, hopefully the anniversary we get a chance to celebrate the rest of the wedding that they couldn’t have. It was a perfect and beautiful wedding day. It was literally what dreams are made of. It was an absolutely beautiful ceremony. … perfect weather, the dress was amazing, the family was celebrating and dancing and it was absolutely beautiful.

“Everything was perfect until you know, we obviously crashed, but other than that, like you know the couple got married. They had to do a cake cutting at the hospital after the fact. That’s not the best thing that could have happened. , but it’s just bittersweet, they deserve to have the biggest party in the world. You know they deserve to have such a beautiful day as a result of all this experience. “

He would love to photograph the couple’s wedding anniversary / second day.

“That’s a culmination for me. Going back and photographing his day and taking his photos in the mountains. That’s like taking a complete turn and completing what we started to do.”

“I love taking photos and when there is a will, there is a way that even if I am in a wheelchair for many, many months, I will continue to take pictures.

“You know it’s not going to stop me from doing what I love to do, but yeah, my goal is to keep doing what I do.”