Supermarkets have been stocking up and South Island construction companies are bracing for an even bigger shortage with two Interislander ferries starting today. 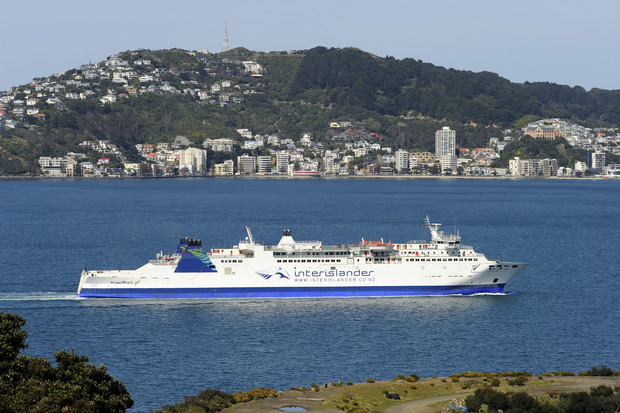 Two Interislander ferries will be out of service this week.
Photo: Supplied / intermediary

The Aratere leaves for Sydney today for scheduled maintenance until October 2, but the Kaiarahi is already out of service due to gearbox problems.

It was expected to be out for a few weeks, leaving only one KiwiRail ferry, the Kaitaki, in operation for two weeks.

“It’s not good enough at a time when we have an economy that urgently needs its supply chain to work for this to happen.

“Whether it is poor planning, certainly not underfunded because they are getting a lot of money, it is not acceptable for the key carrier across the Strait to allow this capacity to be available at such a crucial time.”

It put trucking companies and the contracts they had to fulfill in a precarious position, he said.

“They have been defrauded by a key part of the chain and the goods are not going to be able to be delivered and the trucks cannot function and they will have to catch up when the ferry capacity improves again.”

Mainfreight managing director Don Braid said that as much advance notice had been given as possible and that drivers had been working to move more inventory as customers increased demand before capacity fell.

“We have moved quite a bit of additional cargo over the past eight or nine days in preparation, so we are hopeful that we will do well.”

All the cargo would move, it would just take more time, he said.

“We are getting additional inter-island space that is available in coastal shipping as well as Bluebridge to not leave cargo behind, but our advice to our clients is not to think ‘just in time’ but to plan ahead and allow time for longer transit for cargo to reach the South Island. “

Countdown had been shipping more than usual between the two islands to make sure all the stores were well stocked during this period.

Food products had also worked to ensure supply and both outlets asked the public to buy as they normally would.

And while KiwiRail said that freight would be a priority during single-ship voyages, the news was just another hit in a series for builders on the South Island.

Canterbury builder Carl Taylor of the CBS building cooperative said it was a terrible time.

“We are already aware that much of the lumber, particularly pre-cut, is ready by March and that’s bad enough as if the ferries are out for two more weeks, it will add to a struggling industry that I can no longer do. follow the rythm “.

The restart of part of the manufacturing in Auckland was good news, but he said it would not be good if it could not reach the country.

“I’ve been in the game for 21 years and I’ve never seen such serious delays across the board, never.

“I just can’t get equipment.”

The other inter-island ferry, Bluebridge, did not respond to RNZ’s request to comment on what its role was while the two KiwiRail ships were out of service, or whether it would add more trips.

The Aratere was making additional outings to change as much as possible before his departure today.