A 30-million-year-old penguin fossil has been identified as an entirely new species, 15 years after it was discovered by school children. 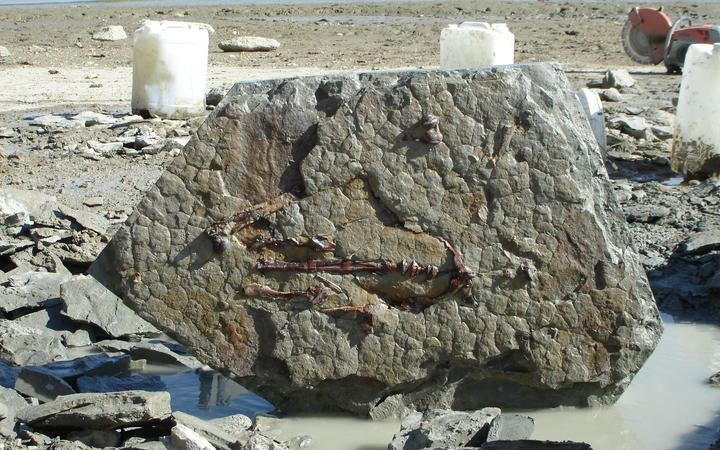 The penguin fossil after being cut out of the ground.
Photo: Supplied / Mike Safey

Researchers at Massey University said the bird, while closely related to another giant penguin, appears to have slightly longer legs.

The preserved remains were first found by the Hamilton Junior Naturalist Club in 2006 during summer camp.

As they walked along the shoreline of the Kāwhia harbor, they found something strange poking out of the rock.

It was normal to find fossils of worms or shellfish, but the group knew this was something special.

A month later, a team made up of people associated with the club and a fossil expert timed a journey with the tides and arrived in a tin boat filled with tools to cut the preserved debris out of the ground. 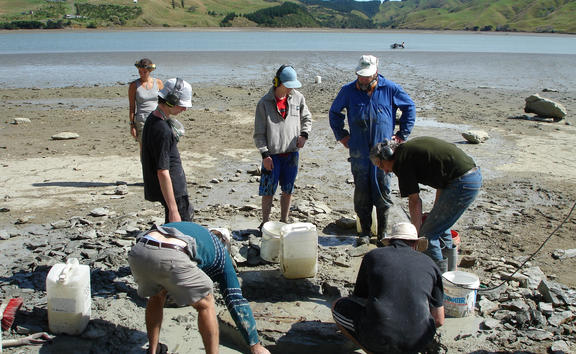 The mission to extract the fossil from the ground.
Photo: Supplied / Mike Safey

Since then, a 3D replica has been made and gifted to the club, while the original is safely on display at the Waikato Museum.

But 15 years after the discovery they are still in the news.

Researchers at Massey University who studied the fossil have revealed it as an entirely new species, the Kairuku waewaeroa.

Penguin fossils can be traced almost as far back as dinosaurs, the oldest of which has been found at Aotearoa.

Vertebrate Zoology Senior Professor Daniel Thomas said this is between 27.3 and 34.6 million years old, from when much of the Waikato was underwater.

The Kairuku waewaeroa is closely related to the Kairuku, a giant diving penguin, but Thomas said it had one key difference.

“The second part of its name is waewaeroa, and waewaeroa refers to its long legs,” he said.

“So that’s really distinctive about this penguin and what gives him some of his giant height.

“When we compare this bird to its close relatives and to other giant penguins, it’s actually a bit strange, it seems to have incredibly high legs.”

Thomas said that because most of the bones were intact, scientists can say that it would have been at least 1.4m tall.

This incredible discovery and research paints a very interesting picture of what ancient Zealandia would have looked like and how it connects to New Zealand today, he said.

“We put a lot of thought, a lot of conservation effort into our penguins.

“We recognize that they are actually potentially descendants of something that this group has been part of Zealandia for a long time.”

Steffan Safey, who was 13 when the fossil was discovered in 2006, said that looking back at the day was still quite special. 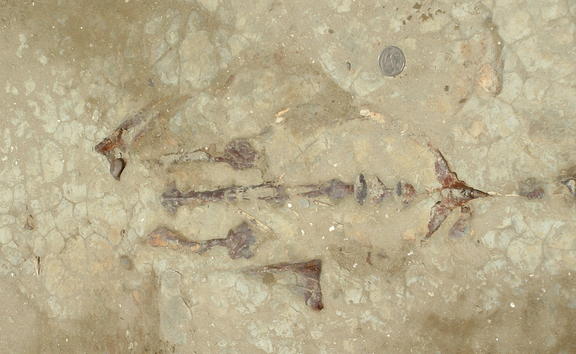 The fossil in the ground.
Photo: Supplied / Mike Safey

I didn’t think the story had such an important twist.

“Finding the little fossils was obviously rewarding, but finding something like this is pretty amazing.

“As if he thought that we had reached the end of the road of what this fossil was going to achieve, but yes, a completely new species.”

Mike Safey, president of the Hamilton Junior Naturalist Club, said it was a rare privilege for children and something they would always remember, but the latest news made it sweeter.

“It’s a really special adventure that kids go on and just remember, throughout their lives and I’m sure they’ll be thrilled when the press release goes out to know that, hey, we were a part of it.”