It seems that the influence of the Director General of Health, Ashley Bloomfield, is not up to the pressure of peers. 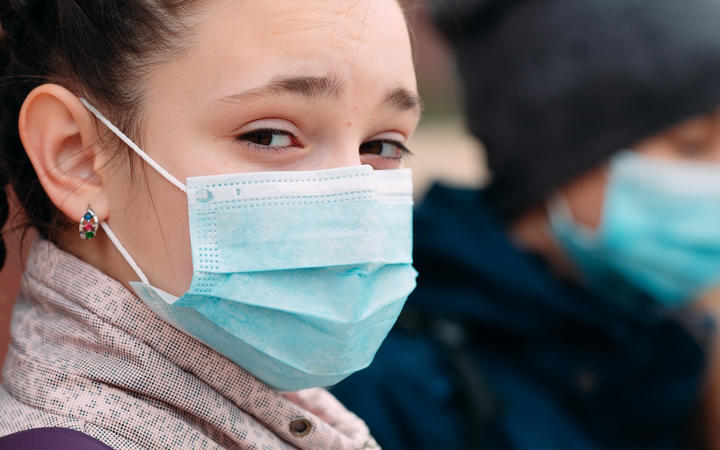 Principals have told RNZ that most teens in alert level 2 areas don’t bother to wear face masks in class, although Dr. Bloomfield has strongly recommended them for students 12 and older.

One school has found that chocolate is effective in encouraging students to wear a mask, but even then the effect is temporary.

He said repeating or emphasizing the official recommendation that teens wear masks in school would not be enough to enforce them.

“I think it should become mandatory if you really want teenagers to wear masks because everyone is influenced by everyone else,” he said.

The students said they texted and called each other the night before classes resumed last week to assess whether they would wear masks on the first day back to school.

He said he tended not to bother wearing a mask.

“In our school, because of the size and the way we are all organized, or everyone does it or it is not really effective. Because it is not fully applied, there does not seem to be much advantage in using it in our school. If someone you get Covid here, probably most of us will get it. “

Kelly Newlands said she was one of the few who wore a mask when school resumed last week, but she soon gave up.

“I actually wore it for the first week so Thursday, Friday was when I wore it and then I went back to school on Monday and that’s when the pressure from my peers got me down I guess. Everyone else wasn’t using it like that. I was like ‘what’s the point really,’ “he said. 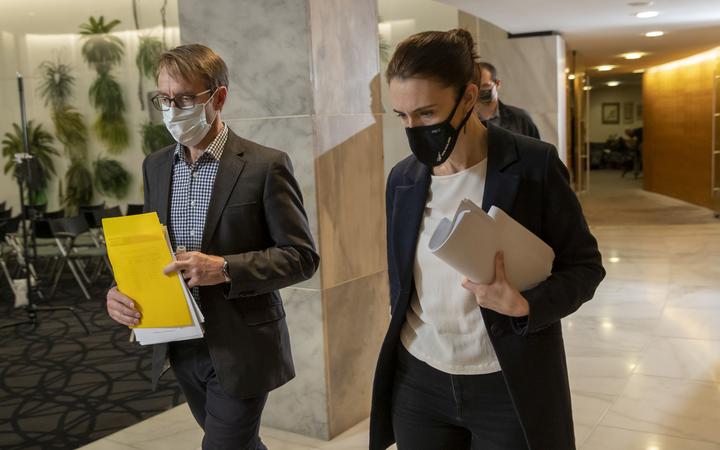 “I think if we saw a case here or something hitting the South Island, I think there would be a big change, more people would start putting those masks on and then there would be a view ‘oh everyone else is doing it so I should do it too ‘, but at the moment there is no such factor, “he said.

Will Ray said that if the Health Ministry wanted teens to wear masks at school, it would have to make them mandatory.

Burnside director Phil Holstein said he wore a mask to try and model what the government recommended.

“I cannot enforce or insist that others wear masks. Much of our staff is modeling it as well, and as you’ve probably heard from our students, peer pressure plays a big role in their decision to wear a mask or not. “, said.

Holstein said schools weren’t allowed to instruct students to wear masks, but some teachers had tried a little gentle encouragement.

“For example, those who are entering form time class with their mask get a chocolate,” he said.

Holstein said such measures had limited impact, because students were influenced by peer pressure as soon as they left that class.

However, he said it would be difficult to enforce a mandate that makes masks mandatory in level 2 schools.

At Aotea College in Porirua, Principal Kate Gainsford said that a significant number of students wore masks, but they were a minority.

She said making the masks mandatory would be tricky.

“Some of your logistics, it means that people have to find them, buy them, manufacture them, clean them, get rid of them, prepare them for the next day. If you make it mandatory, someone has to watch it and that’s quite a big mission,” he said.

Gainsford said schools were doing many other things to minimize the risk of spreading Covid, such as minimizing contact between students as they moved between classes, increasing ventilation in rooms, and making hand sanitizer available.

“Given the other precautions that have been taken from the advice of the Ministry of Health, obviously they have decided that there is enough security around those other really important interventions to allow some room for maneuver with the masks,” he said.

University of Otago epidemiologist Dr. Amanda Kvalsvig said the masks and improved ventilation had been very effective in preventing Covid-19 transmission in schools in other countries.

She said masks were especially important while children, as a population, were mostly unvaccinated.

“Here at Aotearoa we are behind the rest of the world in the use of masks, particularly in children. That makes it a bit difficult to quickly get to where we need to be, that is, from alert level 2 onwards, all who can , they should be wearing a mask inside the school, “he said.

“A mask mandate is a good way to signal how serious this need is. But it is also essential to make it clear to everyone that no child should be coerced if wearing a mask is distressing. Therefore, what is needed is more precisely a mandate for schools rather than a mandate for children. “

Kvalsvig said schools must support a strong mask culture in which children and staff wear masks to protect each other, including protecting those who cannot wear a mask.

“It’s about community action, not putting pressure on people.”