An Auckland family’s front yard has become something to admire from afar for people trotting around the block.

Teddy bears, large and small, are on display every day, rain or shine.

On a recent rainy day in the eastern Auckland suburb of Cockle Bay, the bears’ family and friends – 30 of them – were in their pajamas reading in bed.

Susan Mudford was the mastermind of this gathering, one that was allowed under Level 4 restrictions.

“After the Level 4 announcement that we’re going to be here a bit longer and they just want to stay in bed today, so they will just stay in bed and read a book day,” he said. She began exhibitions in March of last year when the country entered its first lockdown and was triggered by a stuffed animal in the window of a house across the street.

“We put a big Ted on the deck looking out and then every day he would just add a stuffed animal or a toy until we got to … I think we hit 49 in that first lockdown or something and it just grew.”

The bears were originally gifts for his now grown children, and Mudford made some of them too.

A passerby once donated three large and medium bears after viewing the exhibits, which she has since given to a refugee family and a teacher. 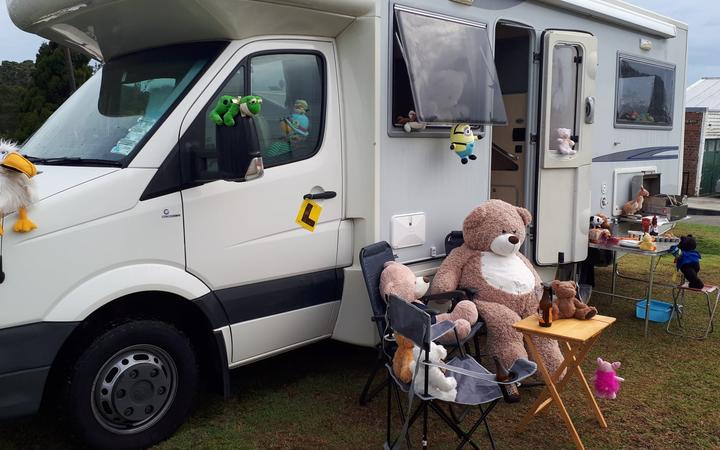 As a school teacher, Mudford prepares the program before teaching online every day.

The group hides under the roof on rainy days and is on the grass in good weather.

“They’re usually up there playing on the tractor or walking or mowing the grass or doing road works or getting on the power pole fixing the internet. They’ve done a little skiing and snowboarding, a little scuba diving … all sorts of things. different, “Mudford said.

He said it’s a challenge to come up with new ideas every day, but he enjoyed it and all he wanted to do was smile. 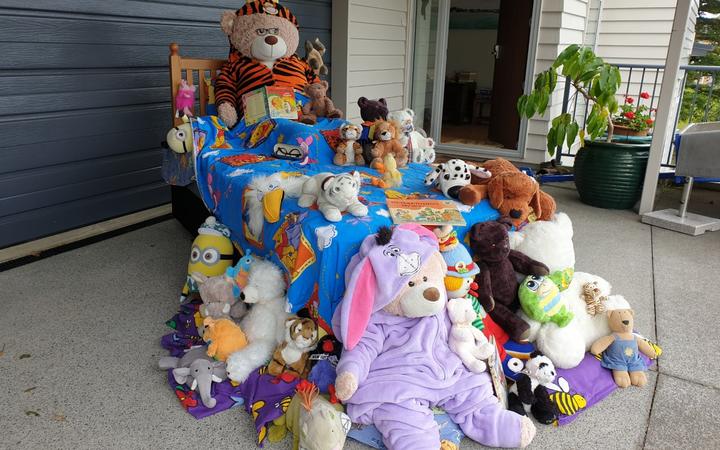 Susan Mudford says the bears and their friends decided to stay in bed and read books for the day.
Photo: RNZ / Liu Chen

“Smiling is a good exercise for us and if it encourages people and their day, then it is done.”

Neighbors said everyone loves them and many would take a photo to share with family and friends.

Karl Papa was walking with his family.

“It’s good, exhilarating. It warms up and it’s good to see something different every day.”

Another woman who was out walking with her two-year-old daughter also enjoyed the displays. 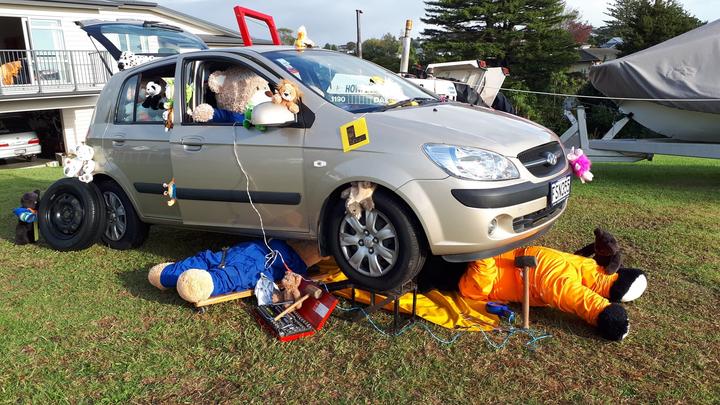 “We pass by quite a bit, so my daughter loves it. She said when we pass before she knows exactly which house the bears are in.”

Paul Groothuizen said he knew that another woman who lived in the neighborhood would take a photo and share it with her granddaughter.

“It’s nice. Before, in the first confinement there were a lot of them everywhere, but I haven’t seen too many this time, but this one is back as always good. It’s always interesting and they put a lot of effort into it. Also … no it’s not a big deal. Sometimes they have 10 or 20 bears. “

Stuart, Mudford’s husband, was a great helping hand. He said his wife would get up early to organize the day’s exhibition. 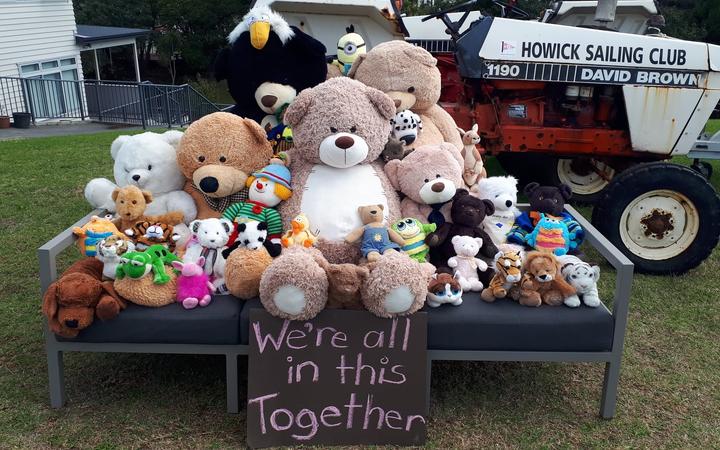 “It’s good to see the joy it brings to the community, and even when I’m working outside, people come by and say how much they enjoy it,” he said.

Mudford said that once the city goes on alert to Level 3, the bears will start asking for donations to the local food bank; generous help was generated last time.

“Ted just put a sign on the door … Last time we did it, they were really running out. I think a lot of people are struggling right now.

“We live in an incredible community that is generous and caring. If we can do our bit and help the food bank, it will be rewarding.” 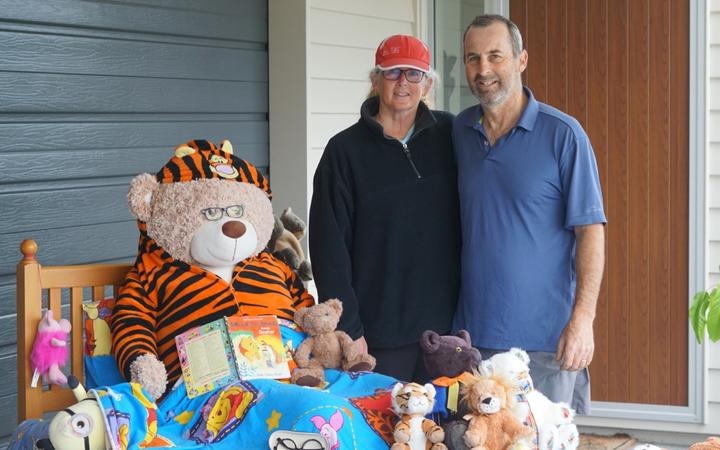 Susan Mudford and her husband Stuart. Ms. Mudford says that if screens cheer people up and their day, then it’s done.
Photo: RNZ / Liu Chen