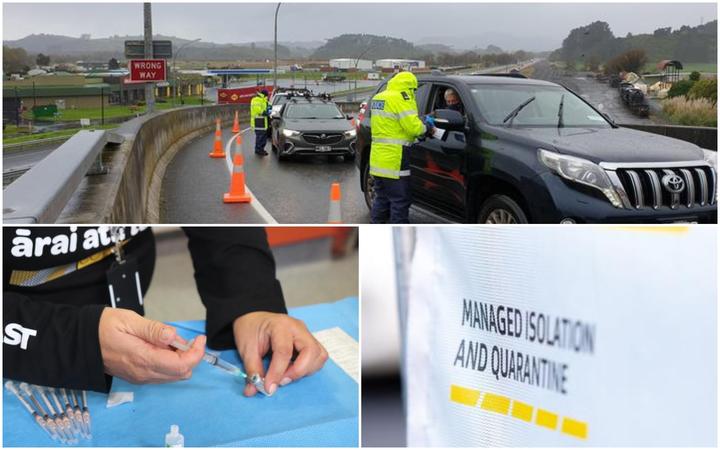 Here’s a look at what happened on September 15.:

Announcing the changes to the MIQ reservation system today, Covid-19 Response Minister Chris Hipkins said that 4,000 rooms will be released per fortnight every fortnight from now until Christmas.

About 3,000 of those rooms will be released starting Monday.

Hipkins said anyone who logs into the virtual “lobby system” between 8 a.m. and 9 a.m. on Monday will have an equal chance of securing a room. He said the lobby was designed so bots couldn’t access it.

Starting tomorrow, vaccination buses will be in South Auckland neighborhoods in a bid to boost vaccination numbers.

The vehicles would operate in accordance with equity goals established by the District Health Boards (DHB), targeting demographic groups with low vaccination rates.

There are two main monoclonal antibodies (Mabs) used for Covid-19: Regen-Cov (manufactured by Regeneron Pharmaceuticals) and Sotrovimab (by GlaxoSmithKline).

University of Otago professor Kurt Krause, an infectious disease physician, said Regen-Cov had been shown to be safe and effective, and Sotrovimab most likely was as well.

Chief Health Officer Dr. Ashley Bloomfield said yesterday that Medsafe was considering one of the Mabs.

More than 1,000 people have been turned away while trying to cross Auckland’s border checkpoints in the past two weeks.

Police said yesterday they detained a man towing a boat at the Coal Hill Road checkpoint in Mangawhai and claimed he was carrying goods, but it turned out that the man was using his exemption for personal reasons after purchasing the boat.

People allowed to cross the Auckland boundary soon will need to provide proof that they have undergone a test in the past seven days.

The couple who disobeyed Auckland’s blockade rules to travel to Wānaka were named last night as William Willis, a 35-year-old equestrian from Karaka, and his partner Hannah Rawnsley, a 26-year-old lawyer from Pukekohe.

The Lawyers Society said the attorneys received an official letter to travel to priority court hearings. This is the only travel permit that is issued to lawyers, who are not essential workers.

The government has yet to decide whether the school holidays will be brought forward due to the closure.

School holidays must start from October 2; By that time, Auckland parents may have had their children learning from home for nine weeks.

Education Minister Chris Hipkins said the best place for students was school, but there was no deadline for that yet.

Today 14 new community cases of Covid-19 were reported, all in Auckland.

There are 983 cases in the current outbreak.

There are 20 cases in the hospital, four of them in the ICU or HDU.

The Health Ministry said 441 of Auckland’s 966 cases had already recovered, while all but two of Wellington’s 17 cases have also recovered.

There have now been 3,981 cases of the coronavirus in New Zealand since the pandemic began.

The Australian state of New South Wales reported 12 deaths and 1,259 new infections in the community over the 24 hours to 8pm yesterday. Currently, 47.5 percent of people are fully vaccinated; the figure should be 70 percent to get more freedoms.

In the UK, Covid-19 vaccines have saved more than 112,000 lives and prevented 24 million cases of the disease, British officials said on Tuesday, recommending that all vulnerable people, front-line health workers and the elderly age 50 receive a booster shot.

Russian President Vladimir Putin said on Tuesday that he was isolating himself after several members of his entourage fell ill with Covid-19, including someone with whom he worked very closely and with whom he had been in close contact all day before.

In India, a study of 614 fully vaccinated healthcare workers found a “significant” drop in their Covid-fighting antibodies within four months of the first injection. The decrease in antibodies does not necessarily mean that immunized people lose their ability to fight the disease, as the body’s memory cells can still act to offer substantial protection, said the director of a state institute that conducted the study.

Covid-19 cases and deaths in India have dropped dramatically from a peak of more than 400,000 infections in early May. India has reported 33.29 million cases in total and 443,213 deaths.

– with additional reports from Reuters