The government is being asked to quickly approve and purchase a type of drug that can activate the immune system of people who are already sick with Covid-19, as well as reduce deaths and hospitalization time. 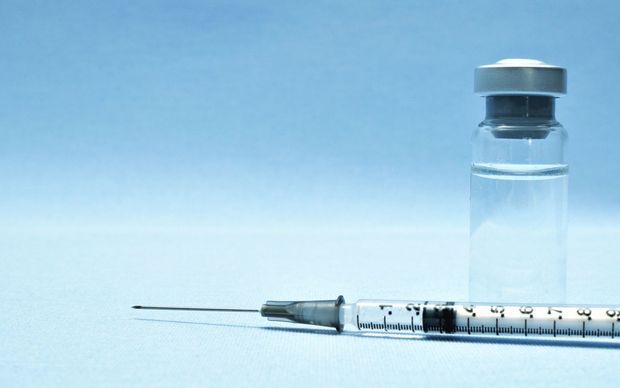 Unlike vaccines, monoclonal antibodies boost immunity to help prevent people from getting very sick from the disease.

It is already approved in Europe, the United States and Australia, are being labeled a “game changer” for at-risk populations.

In July, the Health Ministry referred to one as promising but, so far, there has been no approval from Medsafe or purchase by Pharmac.

There are two main monoclonal antibodies (Mabs) used for Covid: Regen-Cov (manufactured by Regeneron Pharmaceuticals) and Sotrovimab (by GlaxoSmithKline).

University of Otago professor Kurt Krause, a physician specializing in infectious diseases, said Regen-Cov has been shown to be safe and effective, and Sotrovimab most likely is as well.

“This is just a game changer … It is extremely important that you acquire it as soon as possible,” Krause said.

The Ministry of Health wrote in a July update that Regen-Cov was “promising”, and referred to a “well-designed, phase three, randomized controlled” trial (not yet peer-reviewed) that said:

“Treatment with Regen-Cov was well tolerated and significantly reduced Covid-19 related hospitalization or death from any cause, symptoms resolved quickly, and viral load lowered.”

The scientists do not claim that the injection would replace a vaccine, but rather that it would add more protection, complementary to a vaccine.

TO essay published in the New England Journal of Medicine found that Regen-Cov, made up of a combination of two antibodies, was safe and effective, reducing both infection and symptoms.

Several US states have reported successes in preventing serious diseases. For example, yesterday South Carolina health officials estimated that the treatment has prevented 200 deaths and 2,000 hospitalizations in the state alone.

“It is remarkable how effective monoclonal antibodies can be in preventing the progression of Covid-19 to serious illness. Keeping people at increased risk of serious illness out of the hospital,” said Deputy State Epidemiologist Dr. Jane Kelly.

There are currently 22 people in New Zealand hospitals with Covid-19. A woman, in her 90s, died earlier this month, the only death in this current outbreak.

RNZ has been asking the Ministry of Health for the past two weeks about monoclonal antibodies, but received no response.

Dr. Krause said he has personally contacted the government about it, and so have others in the field.

“I have written [to] let the government try to find out where we are in the process with these monoclonal antibodies, and I have not received any response. I also have colleagues who I know have written to the government. [The evidence is] compelling enough that I’d like to have some movement on this. “

After a potential exposure event, such as the Middlemore Hospital exposures, Krause said contacts could have quickly received an injection that would reduce their chances of developing serious illness.

“If you have a localized outbreak, you can go in, interview everyone, give them the injection and it would block the risk of them becoming infected by more than 80 percent,” Krause said.

Monoclonal antibodies (Mabs) are generally not necessary for healthy people who are not at additional risk of severe illness from Covid-19. They are aimed at the elderly or with other added risk factors, such as asthma, kidney or lung diseases, obesity or diabetes.

Australia approved one of them, Sotrovimab, and had it in the country ready to use in mid-August.

“Sotrovimab treatment requires a single dose to be given through an intravenous (IV) infusion in a healthcare facility and has been shown to reduce hospitalization or death by 79 percent in adults with mild Covid-19 to moderate, they are at risk of developing severe Covid-19, “said Health Minister Greg Hunt.

Chief Health Officer Dr. Ashley Bloomfield said yesterday that Medsafe is considering one of the Mabs.

“I know there is a drug that was approved in the UK a couple of weeks ago and an application is with Medsafe, which was submitted fairly quickly, and is going through their process at the moment,” Bloomfield said.

A drug cannot be approved without a request from the manufacturer, Bloomfield added.

Prime Minister Jacinda Ardern said that while they are seeking treatments, they do not replace the vaccine that everyone should receive.