Horticulture is returning to Taranaki. 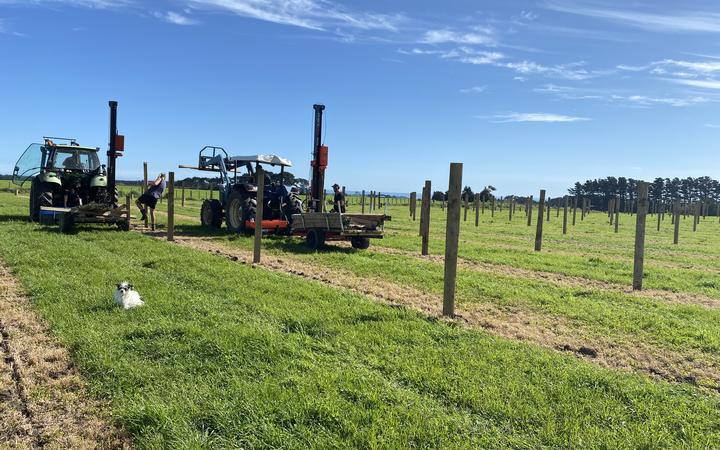 Avocado and kiwi orchards are being planted in quantities not seen since 1988, when the devastation of Cyclone Bola forced many to turn into dairy products.

Dairy farmers Holly and Jarrod Murdoch’s jump to kiwi came through a knock on the door from a representative of the industry giant Apata.

Holly said the Bay of Plenty company’s focus piqued her husband’s interest in the fruit.

“Our place ticked all the boxes, as you were half an hour from Whanganui, so it’s easily accessible for people to collect. We have the right type of soil, and we actually have the right climate.

He said that developing another source of income was also a motivating factor.

“Absolutely diversification was a huge draw for us, especially with the way the government is dealing with the dirty dairy and all that kind of thing.

“We are still going to milk some cows, but I guess it’s good not to have all the eggs in one basket.”

The Murdochs have maintained an interest in the 26-hectare kiwi orchard in Waitotara.

And it has been an integral part of the conversion of another 40 hectares in Mangamahu and Westmere, employing 20 people in the process.

He planted a two-hectare pilot blueberry orchard in covered tunnels at the old Patea School that has already had a harvest. 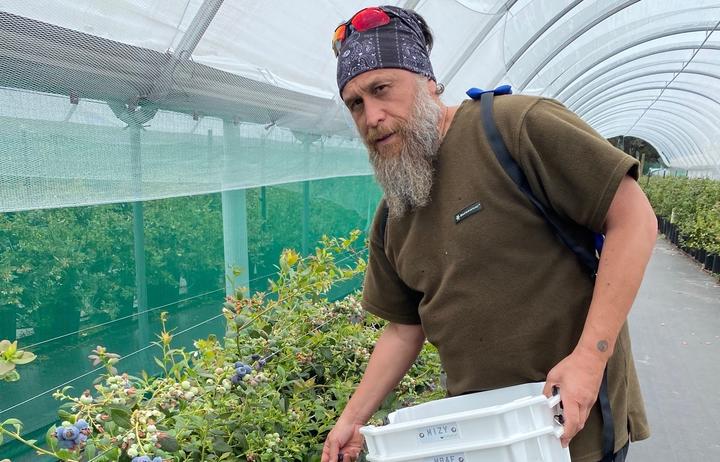 “Due to climate change, the conditions in Taranaki are going to change and, in some parts, will be comparative with the growing areas of Tauranga.”

“And to a large extent we can manipulate the conditions in the tunnels. The whole way blueberries are grown is quite futuristic.”

The pilot has led to a $ 2 million investment along the way in Hāwera.

“We have bought about 35 hectares on Turuturu Road and now we have expanded and we have 5 hectares there for the big orchard and part of that is that we have become part of a collective of other iwi that is known as Miro Berries, so that’s right. how we have been able to climb “.

The operation employs about 35 people at the height of the harvest season and five full-time gardeners.

New Plymouth contractor Matt Hareb is investing $ 5 million to convert a 30-acre newspaper block in Brixton, near Waitara, into an avocado orchard.

“Well, in six months it will be a little different, we will have at least 10 hectares of avocados.

Hareb already has another 4,500 avocado trees ordered for the following year.

He said that such small dairy blocks were no longer viable and diversification was the way to go.

“And if I can be a leader in that, that would be nice. Move forward and hopefully some other people get on the train.”

“There are many new things that people can try on their land, but gardening is definitely a way forward that everyone has to eat, so you know there is money in food.”

Hareb hoped to one day open a coffee shop and brewery on site. 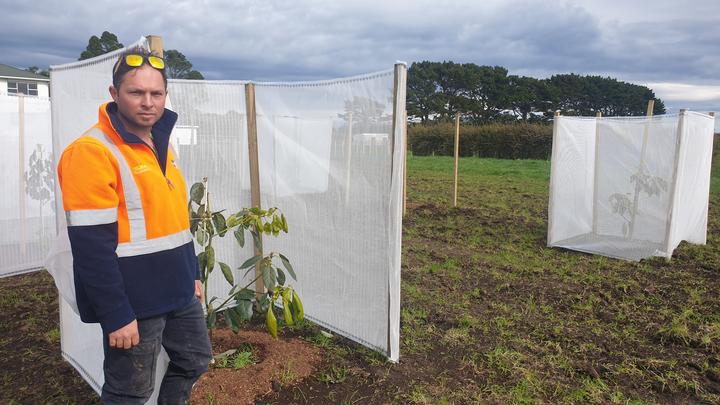 Matt Hareb is converting a 30-hectare dairy block into an avocado orchard in Brixton, near Waitara.
Photo: Supplied

Venture Taranaki CEO Justine Gilliland said the investigation had identified more than 200,000 hectares in the region as suitable for horticulture.

While acknowledging that dairy farming would always be the cornerstone of Taranaki agriculture, the development agency was encouraging landowners to seek conversions through its Branching Out initiative.

Gilliland said it was having an impact.

“In terms of avocado, for example, we have 6000 trees in the ground this season and 10,000 next season, so that is expanding significantly in the presence of avocado that we already have.

“And we have a new kiwi orchard in Waitotara and there are other owners exploring kiwis.”

Gilliland said that growing up in Hāwera’s horticulture was common.

“There were kiwi orchards around, berry orchards and then we had Cyclone Bola and then as I understand it some of the owners of those obviously destroyed their crops through the cyclone and then moved more to dairy due to the return of prices”.

However, Taranaki has a long way to go.