Prime Minister Jacinda Ardern says Auckland will remain at Covid-19 Alert Level 4 for another week, until 11:59 p.m. next Tuesday.

Watch it here starting at 4 pm

The cabinet has made a decision in principle that Tāmaki Makaurau will then go to alert level 3.

Ardern says that while there is nothing to indicate that Covid-19 is outside of Auckland, the lower restrictions there mean a much higher risk of spread if it escapes.

Having the rest of the country at alert level 2 means a greater chance of wiping out the virus if it leaves Auckland, he says.

Auckland has been at alert level 4 since midnight on August 17 after an outbreak of the Delta variant of Covid-19.

The cabinet has seen evidence and advice that Alert Level 4 is working, saying it has steadily lowered the R value below 1, and it is now around 0.6, it says.

“On that basis and following the advice of the Director General of Health, Auckland will remain at alert level 4 until 11:59 pm next Tuesday 21 September.”

Chief Health Officer Dr. Ashley Bloomfield says the “lockdown is working” and that it’s really just a small number of cases the ministry is focusing on.

“Testing is at a good level … so our opinion and our advice is that another week locked in at alert level 4 in Auckland gives us our best chance to really finish the job here.”

He says that next week’s focus is finding cases.

Ardern says there are 33 new community cases to report today, but only one of them is currently unlinked.

“As with the cases reported yesterday, only one remains unrelated to the broader outbreak at this time.”

Surveillance tests of health workers and essential workers have also failed to identify any transmission.

“Mystery cases are still coming in, and the fact that we find them through community surveillance and testing rather than through contact tracing, that’s what worries us because that presents a risk.”

She says there are seven suburbs of interest where people should be especially vigilant for symptoms. They are: Mt Eden, Massey, Māngere, Favona, Papatoetoe, Ōtara and Manurewa.

She says that one of the points the health team has made is that they are more concerned about some unrelated cases than others.

“There are actually only three or four that we talked about in great detail because there really is no initial indication of what happened.”

She says additional evidence is brought in to support where such cases arise until an epidemiological link is found. “

The third question is to get tested for even mild symptoms. “Please don’t put it down to the chills of winter, we know there isn’t much of that right now. The flu trade in particular is showing it to us.”

She says the government wants as many Auckland residents as possible to have their first dose by the end of the week. She says people who booked for October should consider connecting again and see if more bookings have been opened.

Another option is to go to a self-service vaccination clinic, without the need for a reservation.

Bloomfield says we are vaccinating at a great rate and that it is important to get to the highest level possible. He says that it is also not good if there are foci within the community that are not vaccinated, so they are also focusing on vaccines in smaller communities.

They are also taking a closer look at vaccinations for children ages five to 11, he says.

Ardern says there is also more financial support available to companies than during the last closing.

“For all Auckland residents, you have done an incredible job thus far protecting yourself, your family and your community,” says Ardern.

She says that after four weeks of confinement, it might be tempting to relax her bubble, but she asks everyone to treat each other as seriously every day as they did the first day.

People should have a person assigned to go to the supermarket, says Ardern. 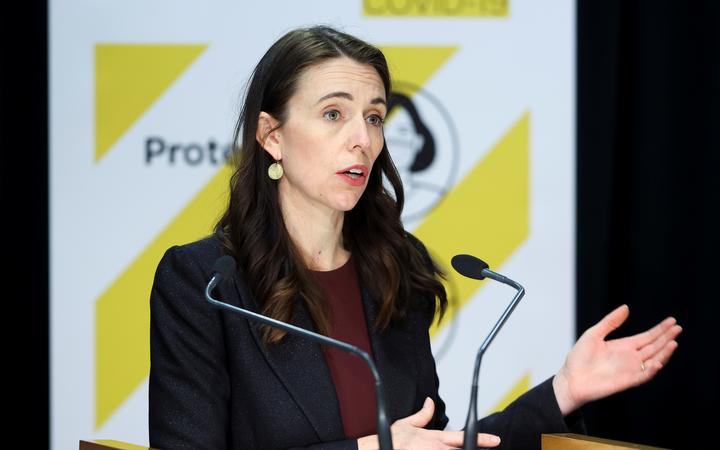