A petition calling on Wānaka to separate from the Queenstown Lakes District Council has obtained the necessary signatures to launch an investigation from the Local Government Commission. 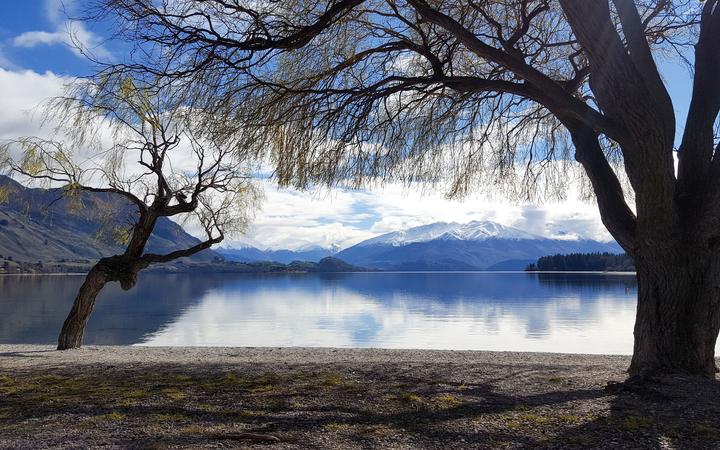 Wānaka mechanic Dean Rankin’s request has been supported by more than 1600 residents of Wānaka and Upper Clutha, and the number continues to grow.

It showed just how fed up residents were getting the shorter end of the stick, he said.

“Obviously a lot of people are unhappy and don’t feel like we are getting the right amount of support on this side of the hill to be part of the council.

“There are a lot of different things that people are upset about the way the council has handled them.

“This is just one way to put the wheels in motion and launch the petition so that it reaches the Local Government Commission.”

He believed that Queenstown-centric decision-making by the Queenstown Lakes District Council meant that infrastructure and development in Wānaka were suffering.

“We really just want to start tidying up our own nest and start looking for our own future, rather than just being run in combination with Queenstown and what they have going on and what they need to do there.”

“We just want them to let us do our thing, supporting ours.”

The volunteers had even started a phone service to collect the signatures of elderly residents who may not be able to access the electronic petition.

Rankin expected to send the petition to the commission in the next fifteen days.

The unhappy marriage between Wānaka and Queenstown dates back to the 1980s when Lake County and the Queenstown borough merged.

But Wānaka and Upper Clutha were small back then compared to the more than 13,000 who now call the area home, and projections double that number over the next 30 years.

“The path to true love never goes smoothly,” he said.

“Any relationship has its ups and downs. Lately, there has certainly been a change of tone.”

While there were always suggestions that Wānaka parted ways with Queenstown, that rhetoric was louder today, he said.

It has been fueled by issues such as a possible Wānaka airport expansion, a recent review of council representation and the economic fallout from the pandemic, he said.

While the secession of any union was an emotional issue, the result was not always as expected, as his native Britain had shown with Brexit, he said.

“That’s the exact conversation: dissatisfaction with what you have and then you jump in and the next thing you know … you end up in a situation that is ‘OK, we’ve made the move, we have the emotional solution’ but the practical solution is worse or is one step back is either more expensive or more difficult to administer.

“That thought process must be driven and that is what I am going to ask: what does our own representation mean specifically.”

The last time such a suggestion was investigated, it turned out that secession would come with a substantially higher fee bill for taxpayers, he said.

They both understood where the sentiment was coming from, but the business case would have to be stacked first for taxpayers.

Local government legal expert Linda O’Reilly said that even with the necessary signatures it was not a foregone conclusion that the commission would even launch an investigation.

But even if an investigation were conducted, recent cases evaluated by the commission tended to weigh the benefits of the merger rather than the breakup of smaller territorial units.

“The concept of a smaller territorial authority being successfully separated, I think, is quite unlikely in the current climate, particularly given that there are other things going on in local government, like a complete overhaul of local government in New Zealand.” .

The tri-water reform was also underway and that suggested a possibility of merger rather than smaller operating units.

However, O’Reilly said that if the investigation continued and the proposal was successful, the issue of secession would pass to voters in the area.

But it was incredibly unlikely that it would happen for next year’s local body elections, as the commission tended to take two years or more to research the options.