Neighbors of a controversial worm farming and composting business in northern Taranaki have been thrown out of joint by a regional councilor who questions whether their olfactory organs are “calibrated correctly.” 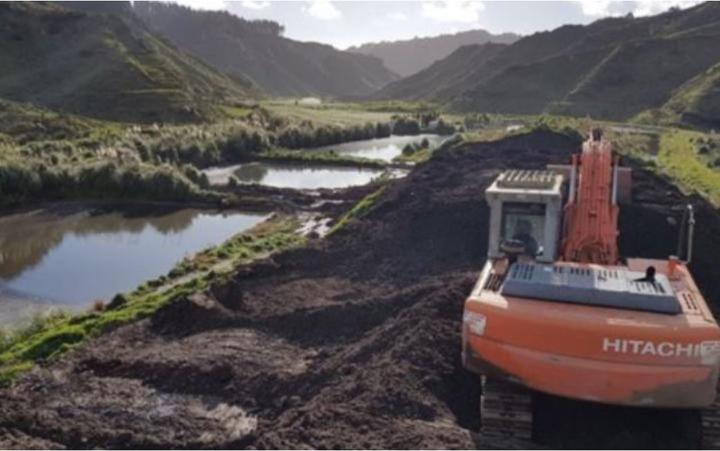 Taranaki Regional Council Councilor Tom Cloke thinks there is something odd that only one of the last 11 odor complaints in relation to the Remediation NZ site is endorsed by council staff.

At a consent and rulemaking meeting held at Zoom, Cloke hinted that neighbors’ noses worked differently than council officials.

“I just question, and it may sound a bit frivolous, but if the calibration of the noses of the neighbors is the same as that of the staff because there was only one complaint [upheld] and there were many complaints about the smell coming from the neighbors.

“I mean you [council staff] seems to be coming out of many of those incidents with nothing to report. “

Cloke had somehow overlooked a recent hearing panel decision that rejected Remediation NZ’s consent renewals because its activities had an adverse effect on water quality and ecology, and that the effects of its discharges to air were unacceptable.

It also ignored an independent air quality review prepared for the Taranaki DHB that found that there is most likely a link between the disease in the Uruti community and the odors that are emitted from the composting site.

“It seems like a lot of complaints and a lot of work and there are no incidents at all.”

“But every now and then we find defaults, so that happens. It’s not that we go there every time and we don’t find one. We find some, so for that reason we keep responding.”

He said his nose was working fine.

“When the stench comes, it’s a really horrible sewage smell. Sometimes it’s quite unbearable. It gets inside your house and you have to close the windows.

“It’s just annoying. It’s depressing. We once had clean air and now it’s been taken from us.”

He had an idea of ​​where Cloke could put his trunk.

“He’s probably living in the clean mountain air and he doesn’t have to put up with this smell. We’ve endured it for 20 years and we’ve almost had enough.”

“So Tom Cloke needs to … stick his head in and go out one night and really smell it for himself.”

The North Taranaki Awa Protection Society has campaigned to shut down Remediation NZ.

“For him to dismiss the air factor and the stench that people have to live with up there as something about the locals having miscalibrated noses, I think it was the way he put it, or a nose calibration that was different from your inspection I think the staff is very rude.

“The regional council at this time is supposed to take action with us to defend a decision that was made from the original consent hearing which was to close that operation.

“Listening to people who make these kinds of comments suggests that they do not wholeheartedly support the position they should now take.”

McLean said the Awa Protection Society and iwi had done the council’s job by keeping an eye on Remediation NZ for shortcomings.

“As it turned out, the operation turned out to be so poor that consent to the practice could no longer be given.

“That means that this small community group and Ngati Mutanga have had to take the place of the policeman to do something, so now we are asking the policeman to stand up, wear his badge and do his thing.”

The regional council is currently in mediation with the company before a hearing in the Environmental Court.