The Ombudsman has discovered that the Ministry of Education made a mistake in removing a small farm used for agricultural lessons from a school in Taihape. 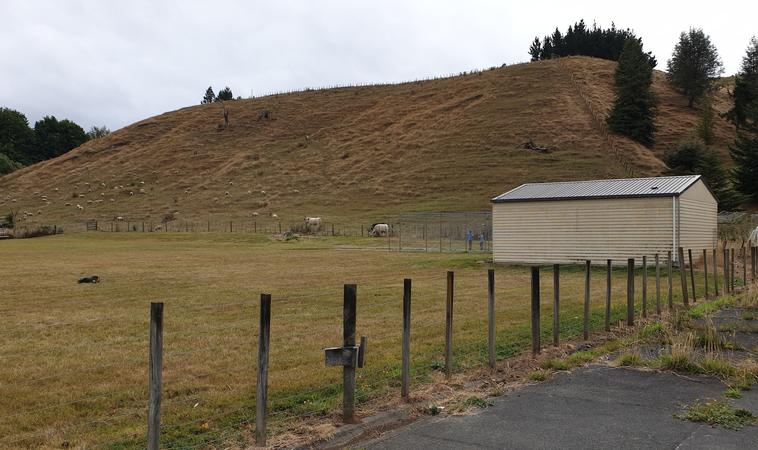 The teaching farm, once owned by the university and now leased by Taihape Area School.
Photo: Supplied

The locals have earned an apology but cannot get the farm back.

The townspeople joined forces to buy the 13-hectare block cheaply from a local farmer, put hundreds of sheep and cattle on it three decades ago, and have been central to the curriculum ever since.

But the ministry first took it, then got rid of it, several years ago despite protests from the city.

Judge Peter Boshier said this was “unreasonable” and that the ministry knew that the school hoped to keep the farm.

Records show that the ministry threatened locals who tried to set up a trust to take over the farm property when the university closed in 2004.

Boshier said that because the school was unable to prove later that it owned the farm, the ministry got rid of it, even though it had three opportunities between 2005 and 2014 to make arrangements for the school to keep it.

“Adequate consideration of the interests of the area school could not and did not occur,” Boshier said at the 12 page review.

The Taihape area school still has access to the farm, but cannot get it back, as it has now been moved to the Treaty Settlement land bank.

Boshier dismissed the ministry’s claim that it did not realize the school was still using the farm, and said it did not ask.

“I have not seen any evidence to suggest that the ministry made inquiries.

“I think it was unreasonable for the ministry not to make inquiries.”

He had previously given “clear and unequivocal” guarantees that the school would keep the property.

Instead, the school, with leaky classrooms and facing major rebuilding, has lost a million dollar asset.

The ministry says its “mistake was not being aware of the commitments made” when it disposed of the farm in 2014.

Rangitīkei National MP Ian McKelvie said he did not believe that reason.

“It is extraordinary to me that the Ministry of Education could not find a way to manage this at the time it was discovered.

“It shows the attitude of the ministry about it from the beginning.”

Multiple attempts to intervene by McKelvie, the board of trustees, and then Education Minister Trevor Mallard got nowhere.

The Ombudsman investigated after the board of trustees last year filed a complaint to end a 17-year fight with bureaucrats.

The new director, Craig Dredge, emphasized that children can still learn on the farm. He said he would work to get the findings published locally.

The board of trustees received the ministry’s apology on Monday of this week.

“We … have not yet had a chance to discuss the board’s opinion on what they have said,” board chair Shari Chase said in a statement.

“It was important to the school board that we seek an independent review of this matter and we thank the Ombudsman for his findings.”

The Ombudsman told the ministry to commit to supporting the school’s agricultural programs.

McKelvie said there was no guarantee that access to the 13ha farm would endure as its future depended on an unfinished Treaty claims process, so the ministry would have to pay for repairs to ensure that lessons on the farm continue.

The ministry has not commented on any form of compensation.

Three former directors and former chairman of the board, Andy Law, previously said they see the saga as a case of bureaucrats trampling and engaging in double talk.

They described receiving obstacles, not help, from high-level officials in trying to negotiate the unknown process of securing ownership of the farm.

Boshier told the ministry to change its practices so this doesn’t happen again.

“I would have expected the ministry to reach a formal agreement with the board to ensure and protect the continued use of the farm by the Area School,” he said.

The ministry conducted an internal review that RNZ has requested to see.

He told Boshier that he had “strong processes and record-keeping practices” but would review them.

“If such a situation were to arise again in the future, we will handle it differently and make sure there are more comprehensive checks and balances,” he said.

However, in this case, the university owned the farmland, and when it closed, the land became the property of the ministry.

Ministry documents from 2005 indicated that the farm should not be disposed of, Boshier said.

But instead of reallocating the farm to the new Area School for educational use, the ministry declared it surplus and disposed of it to Land Information New Zealand, which in 2015-16 deposited the land.

Subsequent attempts to “undo the embankment” have crashed into a brick wall, and the government scrapped it earlier this year.