The Hastings community is on a mission to vaccinate the hard sleepers against Covid-19. 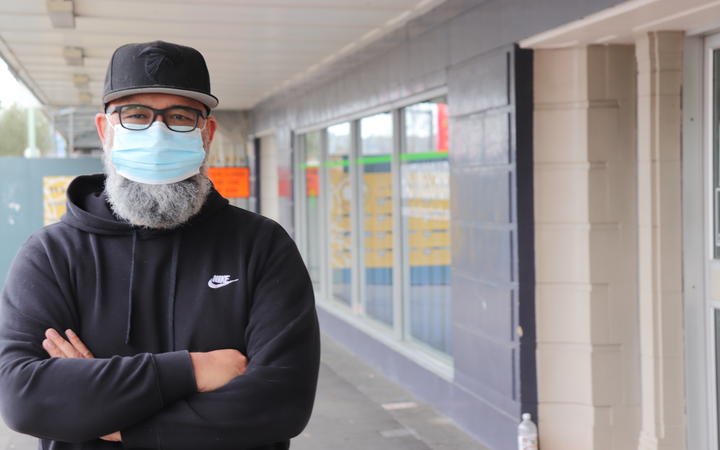 “We set out to provide a connection point for the guys we knew would be out on the street. So we provided breakfast, coffee and dinner, and in the process we found that all of our contacts weren’t vaccinated.”

Warren spoke with the Hawke’s Bay DHB and a vaccination team arrived Monday.

But he said some people had to be convinced of the merits of getting vaccinated.

“You are dealing with a whole series of fears, often quite wild, and also because there is not a lot of understanding or a lot of health literacy, you end up with theories that are fragments of other ideas.”

He said that the way they were spoken to was important.

“If we just said ‘here are the vaccines and you need to get them,’ we would have people who could respond, we would have others who would immediately resist because of the focus.

“My approach is to be quite modest and say ‘this is what happened to me, that’s why I’m doing something and … you know me well enough to know if what I’m saying is made up or if it’s something that really I have experienced or something I know. “

He said it was about protecting not only the homeless, but also the most vulnerable.

“In that community we work with … the council started calling them whānau pounamu and they are our most vulnerable, they are a precious family.”

A man that RNZ agreed not to name, he used to live on the streets but now lives in the Top 10 Holiday Park in Hastings, which is often used as emergency accommodation.

Most mornings he joins the sleeper crew at Assemblies of God affiliated Hastings Church for a cup of coffee, some Weet-Bix, and fruit.

At first, he was unsure about getting a vaccine.

“I was one of those who would go, nup. Let the natural immune system do it all.”

But he said that through kōrero, he was convinced.

“I want to make sure that I am healthy and that I can still live on the surface, rather than being one of the statistics.”

And he would definitely be back for his second dose in a few weeks.

He said it had to function a little differently than a standard vaccination center.

“You will see homeless people appear, having kai and respecting that and it is their tikanga, we are in their world and we are respecting it and that is sincere, it is real.”

This was followed by a quick hui and a meet and greet, the whanaungatanga.

“It’s run by a karakia and then once we’ve done the cultural leadership and whatever, we move on to the clinical part.”

He said it was an honor to work with the whānau pounmau.

Today’s latest statistics show that nearly 97,000 have received a dose of the Pfizer vaccine in Hawke’s Bay, 66 percent of the population. Just over 50,000, 34 percent, have had two.