Anaylsis – While we are all correctly focused on the COVID-19 pandemic right now, the SARS-CoV-2 virus is not the only microbial threat we face, writes Dr. Siouxsie Wiles. 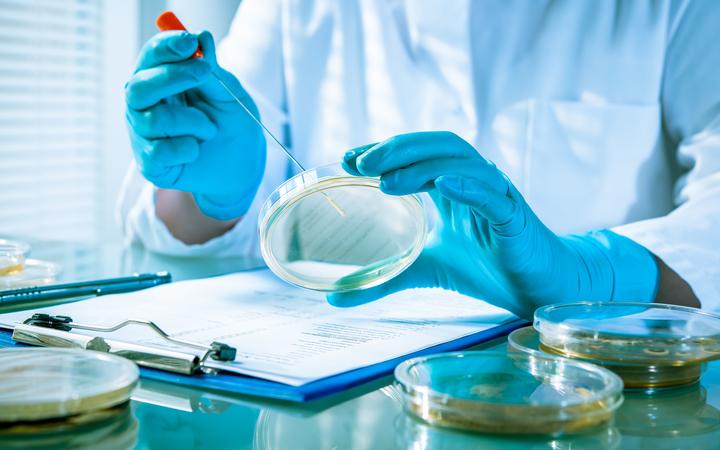 In 2014, the World Health Organization (WHO) warned that within a decade, antibiotic-resistant bacteria could make routine surgery, organ transplantation, and cancer treatment potentially life-threatening, and signify the end of modern medicine as we know it.

Antibiotics are a cornerstone of modern medicine and are used to treat infections and protect vulnerable patients undergoing surgery or chemotherapy. The world desperately needs new antibiotics and COVID-19 has only exacerbated the problem.

In our search for new antibiotics, we have focused on fungi, especially those found only in Aotearoa New Zealand. Our latest research describes the discovery of fungal compounds capable of killing Mycobacteria, a slow-growing family of bacteria that includes another major global killer, Mycobacterium tuberculosis, which causes the lung disease tuberculosis and kills thousands of people around the world every day.

While most people in Aotearoa know me as the “pink haired COVID lady”, for the past six years my lab has been looking for compounds that might be good antibiotics. We have focused on fungi from the International Collection of Plant Microorganisms (ICMP), cared for by the Crown Research Institute Manaaki Whenua and our collaborator Bevan Weir.

Our latest findings follow earlier research that revealed a fungal compound with some activity against the hospital superbug Staphylococcus aureus, better known as MRSA.

One of the first antibiotics ever discovered, penicillin, originally came from a fungus called Penicillium rubens. With over 10,000 fungi in the ICMP database, we believe this may be a treasure trove of potential new antibiotics.

For our latest study, we tested 36 mushrooms collected between 1961 and 2016 at locations throughout Aotearoa, including the Chatham Islands. Our first exciting finding is that nine of the fungi are not known species, suggesting that they may be unique to Aotearoa.

Aotearoa is well known for its iconic animal and plant species found nowhere else in the world. Our mushrooms will be no different. And if they are unique, they may have created unique compounds capable of killing bacteria.

Our second important finding is that 35 of the 36 fungi we tested had some form of antibacterial activity against Mycobacteria. In fact, when we started doing this work, we thought we must have made a mistake. We have never had a success rate like that in detecting fungi against other superbugs.

By delving into the chemistry of those fungal compounds, we discovered that most are fatty acids that are not good antibiotics. But we did find several fungi, including two of our unknown species, whose antibacterial activity was not due to fatty acids.

We are currently working to identify these compounds, with our collaborators Melissa Cadelis and Brent Copp.

Physicist Jim Al-Khalili once said that most scientific progress is a “messy, complex and slow process.” Take the COVID-19 vaccines as a good example. While we have seen numerous vaccines successfully and rapidly go through clinical trials, they are based on decades of scientific study of lipid and mRNA nanoparticles.

My lab’s quest for antibiotics is rooted in work we did more than a decade ago, making tools to make mycobacteria glow in the dark. Because these bacteria grow so slowly, it can take weeks or months before they form colonies in a Petri dish.

But they glow only when they are alive, and this technique allows us to measure the amount of light they produce rather than waiting for them to grow. This greatly speeds up the antibiotic discovery process.

I started thinking about mushrooms as a potential source of new antibacterial compounds when Manaaki Whenua mushroom expert Peter Buchanan told me about the collection. After a few years of rejected funding applications, we finally got a small grant from Cure Kids to start the project in 2015.

One of his ambassadors, Eva, has battled superbug infections her entire life. Meeting Eva changed my relationship with my work and inspired me to do everything possible to find new antibiotics.

We still have a way to go before we have compounds that may be suitable for further development as antibiotics. We also know that many compounds fail as they move down the pipeline from the lab to human clinical trials.

That is why my lab will continue to work on the mushroom collection for as long as we can. There are thousands more fungi to detect, and hopefully many more unique compounds with antibiotic potential to discover.

* Siouxsie Wiles is Associate Professor of Microbiology and Infectious Diseases at the University of Auckland.

** Wiles receives funding from Cure Kids and NZ Carbon Farming. This work was previously supported by grants from the Maurice Wilkins Center for Molecular Biodiscovery and the University of Auckland.