Earlier today, Prime Minister Jacinda Ardern [https://www.rnz.co.nz/news/national/450949/covid-19-update-pm-says-govt-close-to-securing-additional-vaccine-deals announced the government was negotiating a deal] that would cause New Zealand to secure additional doses from Pfizer.

“As a result of these efforts, we are now finalizing arrangements to secure an additional supply in September, which will allow us to maintain our extraordinary vaccination rates throughout the month of September until our bulk deliveries arrive in October,” Ardern said.

“We are still waiting for the final contracts to be signed, so I cannot confirm specific countries or details on the quantities; however, these are doses from Pfizer and we will share more information as soon as we can.”

Associate Health Minister Dr. Ayesha Verrall told Checkpoint that the government was concerned it would have to slow the launch of the vaccine, but that the delivery gave confidence to health authorities that vaccination rates can be maintained. current.

Although the government could not yet confirm the delivery date of the order due to contractual requirements, Verrall said the shipment would arrive in time to ensure the continuity of the vaccine launch.

“We have a short-term problem that we have been working around the clock to try to fix and yes, the time is relatively tight,” Verrall said.

Although the need for additional vaccines was compounded by high vaccination rates during the shutdown, Verrall said the government already had plans to secure another shipment around this time.

“We always had a plan to vaccinate New Zealanders this year and we had a known period where we knew the supply would be tight in September.

“The Auditor General wrote a report saying that it is unlikely that we will achieve our goals and yet we have significantly exceeded them at times by more than 80 percent.” 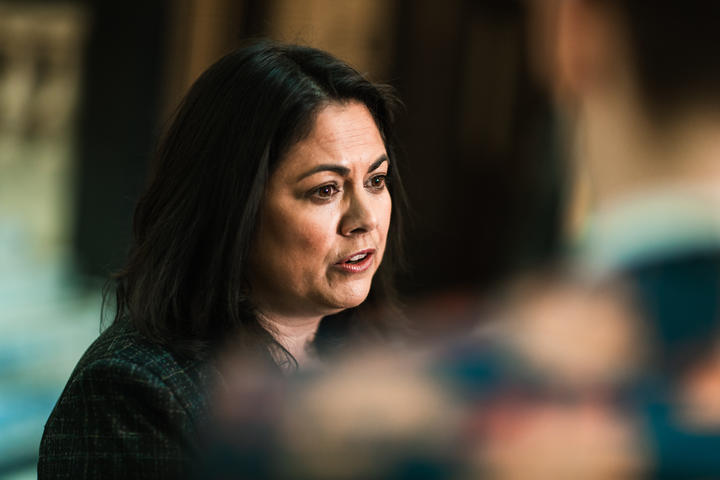 Auckland will remain in the Level Four Alert lockdown until September 14 at the earliest and Verrall told Checkpoint that there would be a lot to consider when the government decided to extend the lockdown even further.

“There are a lot of things that we take into account in the alert levels … certainly the case numbers, but as the case numbers go down, the small events make big differences in the numbers, so they bounce a bit.

“I think we can all agree that this week in Auckland is much better than last week and Auckland last week in terms of controlling the outbreak.”

He noted that the majority of Auckland’s cases over the past week have been linked to existing cases and those mystery cases are declining as the public health unit investigates.

As the government considers changes to the alert level, there will be a particular focus on recent unrelated cases, as they pose a greater risk than those that might have been exposed before the city moved to Alert Level four, he said. Verrall.

Meanwhile, increasing testing will also be an important factor in determining whether the city is ready to lower alert levels, he said.

“I think we really need to push those tests because that’s what gives you the confidence that you have detected the cases that exist.

“We’ve looked at the community test sites that we currently have, we’re looking at them in light of where we are concerned that there might be a risk of transmission, so we’re looking at kind of a geographic level in the distribution of those.”

Verrall said it will be vital that testing rates rise for critical populations such as essential workers crossing the Auckland border, healthcare workers and MIQ staff.

“Those are the people who are moving around the community right now, and by doing so we can ensure that we have reduced the risk of unidentified cases.”

Verrall was unable to give an update on whether the Crowne Plaza MIQ facility, the possible source of the current outbreak, has been reopened.

“There has been an investigation into the Crowne Plaza that has been very thorough and, what’s more, historically it has performed very well for as long as it has been used, with the one exception that we are concerned that it could have caused this outbreak.,” she said.