With the exception of the Auckland region, the country is going down the lockdown ladder tonight, and this time Alert Level 2 comes with stricter rules. 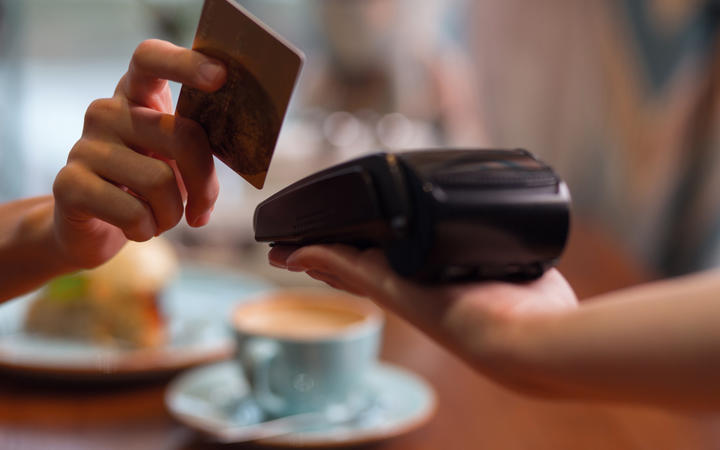 Covered seating is limited to 50 people and restaurant diners must remain seated for the most part.
Photo: 123rf

Cinemas, restaurants, bars, and nightclubs can be opened, but indoor venues are limited to 50 people and face covering is mandatory in most public places.

Kelly Rogers, who owns the cinemas in Tauranga, Upper Hutt and Auckland, says it will be a different cinematic experience than what people are used to.

“With the new protocols in which there are fewer people who can be in the cinema at the same time, we will have a greater social distancing, so there will be two or three seats between all, maybe even more.”

People are required to cover their faces inside stores and malls, and in bars and restaurants, except when eating and drinking.

Rogers says that movies are still the perfect escape from “level 2.5” life.

“It’s still a very safe place to go out, you can sit in the dark, looking straight ahead, you don’t have to talk to anyone if you don’t want to, you’re wearing your mask.

“The best way to watch movies is to watch them on the big screen and be out and about.

“I think everyone is waiting to get out and get back to normal.”

“But on the other hand, we will be operating at about 65 percent of full capacity. There is a big gap between 100 percent and 65 percent.”

He said the 50-seat limit wasn’t an issue, but due to the size of the restaurant, the distancing will be.

In restaurants and cafes, diners must remain seated at their table in addition to entering or leaving the place, using the bathroom or paying for their food, and being physically separated from other customers by 1 meter.

“It’s really difficult to keep groups one meter apart, so that means we have to give up a certain number of tables to comply with regulations,” Chang said.

On the streets of Taranaki, Wellington and Ōtautahi, the people RNZ spoke to supported the stricter rules.

Mackenzie District Mayor Graham Smith says this is good news for the region’s ski fields after the last two seasons were thwarted by closures.

“It was a problem last year, it’s been a problem again this year and they need a really good season or two to get back on top.”

Paul Anderson, CEO of NZ Ski, which operates Coronet Peak, The Remarkables and Mt Hutt, said he was relieved the fields could reopen on Wednesday.

He said that under the stricter hospitality rules, less food and drink would be offered to go.

“We will encourage guests to use the car as their base accommodation,” he said. “Like the old days, where he would bring his own lunch and go back to his car for lunch.

“We will have food and beverage facilities in place, but to avoid queues and physical distancing, we encourage people to use their car as their base accommodation.”

‘Delta Level 2’, as coined, will take effect everywhere outside Auckland from midnight tonight.