Police are urging the public to stay the course and resist the temptation to violate alert level restrictions in warmer weather.

With the entire country except Auckland moving to alert level 2 at 11:59 p.m. Tuesday, police are urging people to follow the Covid-19 guidelines that apply to their region.

Until the restrictions are lifted, police are urging people to stand firm in their bubbles and keep physical distancing from other people outside of their bubble when exercising.

While those moving for essential reasons should remember to wear a face cover and scan or register.

In a statement, police said there were a few cases in Auckland over the weekend, where they found people in groups in places like playgrounds and skate parks.

Police said playgrounds and other similar facilities are closed at higher alert levels for everyone’s safety.

If people leave their home to exercise, they should make sure it is in their local area, police said.

In the Waikato district on Sunday afternoon, police said they called in the Westpac rescue helicopter and the Raglan Coast Guard to rescue a man who fell into the water while fishing off the rocks at Papanui Point near Ruapuke.

The man, who was from outside the area, was able to swim to a nearby rock where another member of the public contacted emergency services and was taken to safety.

In this case, law enforcement action is being considered, but it serves as a reminder to the public of why the restrictions are in place, police said.

Under alert level 3, fishing is only allowed from shore or a pier, while fishing from rocks or from a boat is not allowed.

For Auckland residents, no water activities are allowed while under alert level 4. 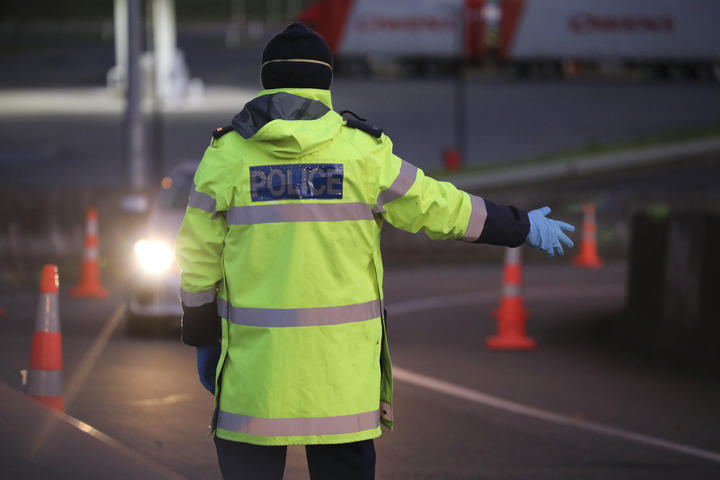 At 3:30 pm on Sunday, police said a total of 21,474 vehicles were stopped at the ten checkpoints on Auckland’s northern and southern limits.

Of these, a total of 715 were rejected for non-essential travel.

This is still around four percent of all motorists.

Meanwhile, police said they are noticing some motorists traveling at high speeds near the sites of regional checkpoints in Auckland.

Temporary speed limits have been set for the safety of road users, as well as personnel operating the checkpoints, police said.

Access to each checkpoint has a temporary speed limit of 60 km / h, which is then reduced to 30 km / h before the checkpoints.

The police have detected that some people passing through these areas travel at more than 100 km / h, which represents a considerable risk to the safety of the person and the safety of those around them.

Road users are reminded to slow down and follow temporary speed limits posted near these checkpoints to keep everyone safe.

Compliance measures can be taken for those motorists who find themselves traveling over the established speed limits.

This is still around four percent of all motorists.

Thirty-two vehicles turned around at the northern checkpoints on September 5.

Since alert level 4 went into effect, 186 people have been charged with a total of 197 crimes across the country as of 5:00 p.m. Sunday, police said.

In addition to the online violation notifications, a total of 10,805 Covid-19-related calls were made to the 105 hotline.

More than 3,000 of these calls were to report perceived Covid-19 violations, police said.