Attorneys say the opportunity to deport the LynnMall terrorist was missed if he was seen as a threat to national security. 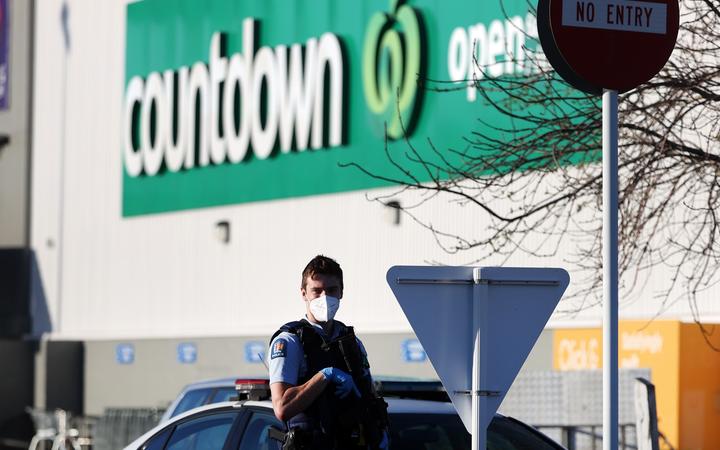 But the government says that could not have happened legally because the man was appealing against the cancellation of his refugee status and they had to wait for the result.

Immigration New Zealand first considered more than four years ago, in August 2017, whether Ahamed Aathill Mohamed Samsudeen was a threat to national security and therefore could be deported.

Police spoke to him in April and May 2016 and issued a warning for posting objectionable material, according to a 2020 Superior Court ruling.

He was then monitored by the police and seen commenting on media articles that made reference to violence against “scum” and “enemies.”

Immigration attorney Simon Laurent said the government had the option of deporting Samsudeen if they decided he was a threat to national security.

He said he would need Immigration Minister Kris Faafoi to “certify” that a person constitutes a security threat or risk, and then for the Governor General to approve it.

“They would need to have a fairly solid basis to proceed with the deportation … it might have been a reasonable suspicion, but it would suggest that if ministerial certification was required, they would need a fairly compelling basis to go in that direction.” I’m not sure if they had that at the time, “Laurent said.

While Immigration New Zealand was investigating a possible national security risk designation, they discovered that his refugee claim was fraudulent.

“This was based on evidence found on his laptop by police indicated that the individual had fabricated written statements from family members in support of his claim and embellished a medical report to align with his claims,” ​​said a statement from Minister Faafoi’s office.

Immigration NZ finally canceled his refugee status for those reasons in early 2019.

The man had a legitimate right to appeal that decision on humanitarian grounds. He filed that appeal in April 2019, which had to be heard by the Immigration and Protection Court.

Laurent said the government may have let the fraud cancellation run its course.

“One argument would be that the process should have been exhausted first. The other is that it would have been less contentious for the government to have allowed it to complete that process. [Immigration and Protection Tribunal] process, rather than taking a fairly bold step to direct his deportation as a threat to national security. “

Auckland District Law Society Immigration and Refugee Law Committee Chairman Stewart Dalley agreed. He said that as a refugee, the man could have been forced to leave the country if he had been deemed a significant enough threat.

But a spokesman for Immigration Minister Kris Faafoi said the law does not allow deportation while the subject is appealing the cancellation of his refugee status.

His appeal was filed in April 2019. Samsudeen also faced criminal charges, which were only resolved in July 2021.

His IPT hearing was scheduled for this month, two and a half years later, but was ultimately never heard.

Prime Minister Jacinda Ardern agreed that the man could not be deported while appealing, but said this was not a satisfactory situation.

He said the government would see if that is appropriate for any future cases.

“I’m just going to give us a little time to work on some of those options. It won’t be quick,” Ardern said Monday.

“But I think it justifies us to explore, because most New Zealanders would say ‘if you acted fraudulently to get that status, and it’s a threat to national security, surely there are some mechanisms.’ ‘ [the government] you can use there ‘, so that’s what we’re exploring. “

An additional complication arose when the man’s criminal case was concluded in July of this year.

The following was issued by Jacinda Ardern as part of a timeline of the government’s attempts to deport the terrorist.

“On July 8, 2021: After considering the circumstances as they stood at the time, including the updated investigative information on his country of origin, the result of the recent criminal trial in the High Court, the media reporting on the criminal trial and sentencing, and legal advice as provided by New Zealand Immigration Act and Crown Act, it was determined that the person would qualify as a protected person under the Immigration Act. Consequently, it was unlikely that could be deported.

“Subsequently, Crown Law reported that INZ could not exercise its powers of arrest and detention while a deportation order was issued, as the individual could not be detained for the purpose of deportation when that was not a realistic prospect.”

A designation as a ‘protected person’ under international law gives the bearer a stronger right than a refugee not to be deported.

“National security does not override obligations that prevent the deportation of a protected person,” the statement from Kris Faafoi’s office said.