The suppression of the name of the man responsible for yesterday’s terror attack at a West Auckland supermarket has been reversed, but his name cannot yet be published, and the High Court gave his family at least 24 hours to request new warrants for suppression. 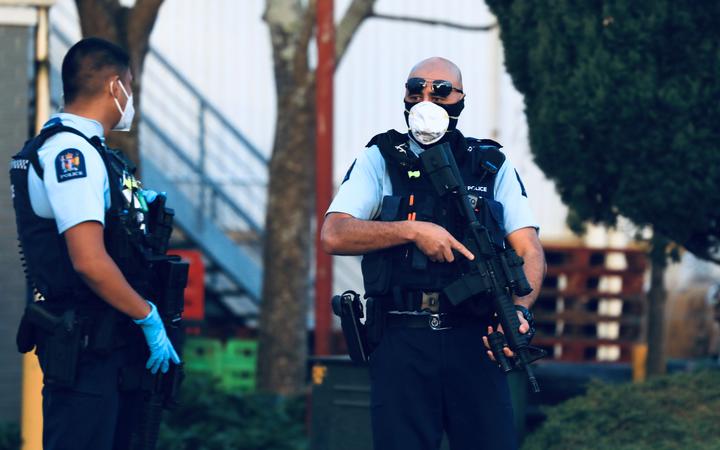 The Sri Lankan citizen was shot and killed by police after stabbing six people inside Countdown in LynnMall.

Suppression orders prevented details of his identity and background from being made public.

The Crown submitted an urgent request last night for the court orders to be lifted, so that details about the man’s identity and background can be made public.

At a trial last night, Judge Wylie said there was no longer a proper basis for the suppression orders.

But he said the man’s family lives abroad and the lawyers needed time to communicate with them and receive instructions.

He said that he might consider extending the 24-hour period if necessary.

However, it can be revealed that the man was sentenced in July to one year of supervision after a jury in Auckland High Court found him guilty of two counts of possession of IS propaganda promoting terrorism.

The Crown had tried to indict him under the Suppression of Terrorism Act, but failed after a High Court judge ruled that planning a terrorist attack was not a crime under the law.

Because he had already spent three years in custody awaiting trial, he did not receive another prison sentence for his crime.

Despite that, Prime Minister Jacinda Ardern said she had been under surveillance since 2016, due to her support for a violent ideology inspired by the Islamic State.

The man was being monitored so closely by a surveillance and tactics team that police shot him within 60 seconds of the start of the attack.

On the radar of the authorities

He arrived in New Zealand in October 2011.

He first came to the attention of authorities in 2016, when police formally warned him about posting anti-Western, pro-Isis extremist content on the internet.

The man had also told a devotee at an Auckland mosque at some point that he wanted to go to Syria to fight for Isis.

In a July 2020 ruling, Judge Downs said in May 2017 that he booked a one-way flight to Singapore, but was arrested at Auckland Airport.

He was placed in pretrial detention and in June 2018 he pleaded guilty to distributing restricted publications. In August 2018, he was sentenced to supervision, the 2020 Judge Downs ruling said.

But the day after his sentencing, he went and bought the same model of hunting knife that the police had previously found under his mattress.

He was arrested again and another search found a large amount of violent material from Isis, including a video on how to kill “non-Muslims.”

This time, the Crown tried to prosecute the man under the Suppression of Terrorism Act, for planning a terrorist act.

But Judge Downs said that in itself was not a crime under the law.

In his decision, Judge Downs said: “Terrorism is a great evil. ‘Lone wolf’ terrorist attacks with knives and other improvised weapons, such as cars or trucks, are far from unheard of.

“The absence of a crime planning or preparing a terrorist act … could be an Achilles heel.”

“The issue is for parliament,” he said.

The man was finally tried in Auckland High Court in May this year, on lesser charges.

The man was sentenced in July.

In her sentencing notes, Judge Fitzgerald said that the two publications in which he was convicted were “nasheeds”: religious hymns.

Both were classified by the Censor as objectionable and contained images and letters of Isis.

Judge Fitzgerald did not accept the explanation that he was listening to them to improve his skills in the Arabic language.

Since he had already spent three years in custody awaiting trial, the man was sentenced to one year of supervision.

There were restrictions on the use of electronic devices, the Internet and social networks.