Contrary to government instructions that community consultation is not necessary at this stage of the tri-water reform proposal, the three Eastern Bay District Councils are seeking comment. 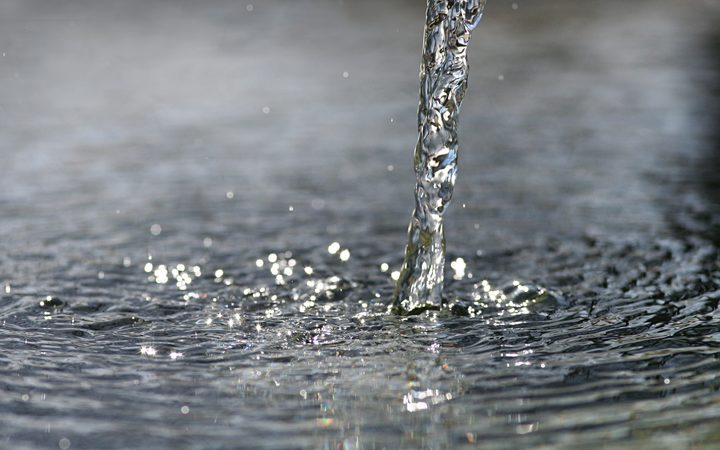 Whakatāne, Kawerau and Ōpōtiki district councils have asked for comments on the proposed reforms, which will remove drinking water, sewerage and stormwater management from the hands of local government and create new entities to manage water in four geographic areas. from New Zealand.

Acting Mayor Judy Turner said the beacon, “We call on our community for initial feedback now, to help shape our response to the government, and we will continue to speak to our communities as the reform process unfolds.

“The process that we are going through right now is thoroughly testing the information that the central government has provided us and identifying any problems, concerns or opportunities, and I keep a totally open mind as we work through that process.”

The mayor of Ōpōtiki, Lyn Riesterer, has been transparent in expressing her concerns about the reform.

“In order for us to make a decision of this magnitude … we actually need to consult with our public, because we have been asked to turn over, in our case, more than $ 90 million in assets,” he said.

Riesterer said she and Ōpōtiki councilors were taking a very careful approach to reform and some of the numbers and rationale behind it. “That is not to say that there is no need for some kind of reform … I think there is a clear agreement on the formation of an independent water authority and I think it will provide a national focus on our services and resilience in the face of climate change and growth. demographic.

He said the Ōpōtiki district had invested in infrastructure and had good quality drinking water in the city, but was concerned about small communities and individual households with private supplies, as those connections accounted for about half of the district’s water supplies. .

The Kawerau District Council has commissioned an independent review of the tri-water reform proposal from international consultancy Castalia, the results of which will be shared with the community.

Councilors held a workshop to discuss the initial findings Tuesday, but Campbell said no decisions had been made on whether to participate or not participate.

“When change is justified and the results stand up to scrutiny, we always support it, be it reform or change of practices. We sought an independent review as we had concerns about the model taken from the Water Commission for Scotland and comparing that to New Zealand, and specifically with Kawerau. “

“There were also concerns with the data and assumptions used in their analysis by Tuhura Partners, funded by the government’s Department of Internal Affairs.”

“We have always intended, regardless of the results, to share this information with our community. We also want to gather feedback from residents with their thoughts, issues and concerns regarding the reform,” said Campbell.

Meanwhile, retired farmer and Whakatāne taxpayer, 84-year-old Doug Bull, with the support of others who are concerned about the reforms, has published an open letter to the community in local newspapers urging people to exercise their rights. Democrats to express their opinion. not only to the councilors but also to their deputies.

“I have had conversations with about 30 people, but each one of those people has spoken with other people and there is a wave of doubt about these reforms,” ​​Bull said. the beacon this week.

During August and September, the city councils are in a commitment period of eight weeks with the proposed reforms, whose model is the result of three years of work by the Ministry of the Interior. During this time, the ministry encourages you to provide comments on the proposal, but do not make any formal decisions about participating or not participating in the scheme, until the ministry has had a chance to respond to your comments.

The ministry’s website says: “Councils are not expected to make formal decisions regarding reform during this period. This period does not create the need for formal consultation.”

Bull believes councils should consult with the public before providing input to the ministry, not after.

“It is the cart before the horse,” he said. “The council is accountable to local taxpayers, not government. I understand that, in the Local Government Law, it states that local authorities must consult with their taxpayers before making important decisions, which would be,” Bull said. . “That the government tells them that they should not consult is an insult.”

Bull said a lot of indirect comments were made to people he had spoken to like, ‘well, if you think you’re going to opt out, we’ll just change the legislation or just send.’

“What kind of story is that for the ministers to give to the councils? I don’t know if you will find this in writing, but after having spoken with many councilors about what is happening around the local authority, it is a matter murky a kind of road they are pushing. “

Bull believes that a large number of councils across the country are planning to opt out and the prevailing view is that the councils should force the government to make the decision themselves and enforce it by the people of New Zealand.

“When the wheels go off this project, if the city councils just turn around and say, ‘yes, we will accompany you’, the anti-aircraft fire is going to fall on the shoulders of the councilors who are there today. Wrong, there is nothing safer than that, I can tell you now. They can’t even organize the vaccination of five million people. How the hell are they going to organize to bring water to five million people? “

Bull believes that a three-water system based on a Scottish model, like this one, would not be a good fit for this country. “It is a very different country from New Zealand, much more densely populated.

“I would certainly advocate at this stage that people should talk to their MPs so that they can be given a clear understanding that people are insecure and very uncomfortable with a lack of knowledge.

Bull agrees that city councils are having trouble raising the money needed for major infrastructure projects like sewerage, drinking water, stormwater and flooding, but he doesn’t think centralization is the answer.

“I am against centralization; I don’t think that is the way to go. All decision-making will be done outside of our region. My biggest fear is the loss of democracy. We cannot have a say in what is happening. around us, I think that’s totally out of place.

“At the moment, although I may not agree with everything that has been done, I can pick up the phone and call a councilor you know or a regional councilor you know. If I get very nervous, I can call the local newspaper.” .

He gave the example of central government funding for the Ōpōtiki mussel farm as a better model for financing projects.

“That is a huge effort by the local community and industry to get the mussel farm up and running. Here’s a case of money that was invested in a community agreement that is going to do great good and get them off the ground. That could be done all over New Zealand, as local authorities say they need a new sewerage scheme, and that could be done at half the cost of what this government has set out to do with centralization.

He said that in addition to the consultations, there needs to be clearer information on the proposal.

“So many reforms are happening, and they all overlap. There is a regulation coming in that will require around 700,000 private water streams to be registered and then regulated by some government authority, which I understand is already in place. Look at the cost. If a farmer has three houses on his farm, then he has to supply water to three other entities that must be registered.

“How can a farmer, busy calving his cows, at a peak work time of the year, how can he hope to keep up? Why the heck is an 84-year-old farmer who has been asked to get these things going. “

What is the Three Waters reform?

The government has made a case for changing the way three waters – stormwater, sewage, and drinking water – are delivered to New Zealanders.

Currently, municipalities own and operate these services.

Launched in July 2020, the government proposes to change the three-water service provision agreements by July 1, 2024.

The government has created a model of four publicly owned entities to take over the provision of these services in different geographic areas of New Zealand.

The government has said that bundling services into larger entities would create efficiencies and borrowing capacity that would save taxpayers money as the country strives to comply and give Maori a greater say in decision-making.

Currently, district councils are being asked to review the proposal and provide comments on it. They have until the end of September to do this. No decisions are required to participate or not participate in the entities during this time.

The government is also directly engaging with iwi across the country.

After this period of participation, the government will make decisions about the next steps in the reform process, including community consultation mechanisms.