The prime minister and police commissioner address the media after the man was shot and killed in a west Auckland shopping center this afternoon.

It is understood that six people, all shoppers at the mall, were injured in the incident at LynnMall in New Lynn.

Ardern revealed that the terrorist is a Sri Lankan citizen who arrived in New Zealand in October 2011 and became a person of national security concern as of 2016.

The reasons agencies are aware of him are subject to suppression orders, but Ardern said he believed it was in the public interest to share as much information as possible.

The prime minister said that the terrorist had a violent ideology inspired by the Islamic State, but that it would be a mistake to direct any frustration towards someone other than this individual. He said he knew the terrorist personally before today’s attack.

Ardern said it was a senseless attack and that he was sorry it happened.

“What happened today was despicable. It was carried out by an individual.”

Ardern said the individual was under constant surveillance and was shot and killed within 60 seconds after the attack began.

The police team that was watching him shot and killed him.

Coster said the man was under heavy surveillance due to concerns about his ideology.

He entered the store and obtained a knife from inside the store before starting the attack.

When the man approached the police with the knife, he was shot and killed.

Coster said surveillance teams were “as close as possible without compromising surveillance.”

“The reality is that when you are monitoring someone 24/7, you can’t immediately be by their side at all times. The staff intervened as quickly as they could and prevented further injuries as it was a terrible situation, “Coster said.

Ardern said all legal and surveillance power has been used to try to keep people safe from this individual.

“What I can say is that we have used all available legal and surveillance powers to try to keep people safe from this individual. Many agencies and people were involved and they were all motivated by the same thing: trying to keep people safe”. 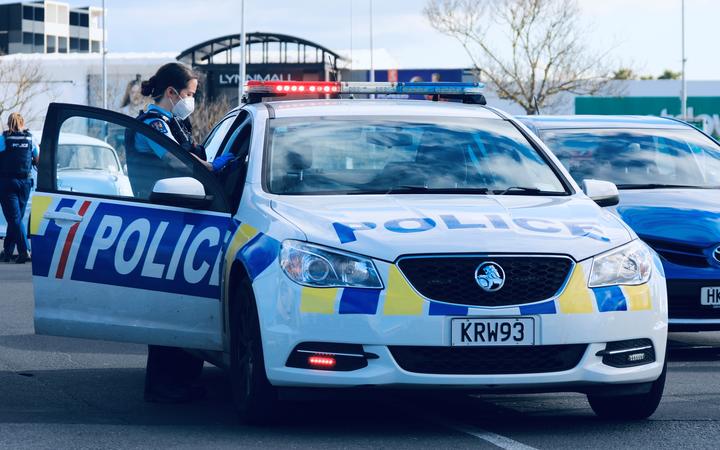 Coster said there was nothing to tell police the extent of his intentions, or that he intended to do this today.

He said the individual was very aware of surveillance and that surveillance teams had to keep their distance to be effective.

“There was nothing stopping him from being in the community and we were doing absolutely everything we could to monitor him and in fact the fact that we were able to intervene so quickly, in about 60 seconds, shows how closely we were observing him.”

A witness told RNZ that he saw a man running armed with a knife and heard many people screaming.

Another shopper who was in the supermarket at the time heard someone yell before shoppers started running for the door.

Heavily armed police officers and ambulances remain at the scene.

It’s the second major episode of violence at a Countdown supermarket this year.

Four people were taken to hospital after an attack on a supermarket in Dunedin on May 10. Among the injured were two Countdown staff members.

A 42-year-old man has pleaded not guilty to four counts of attempted murder.