A food directory has been created to highlight Wellington businesses that carry takeout at Covid-19 Alert Level 3. 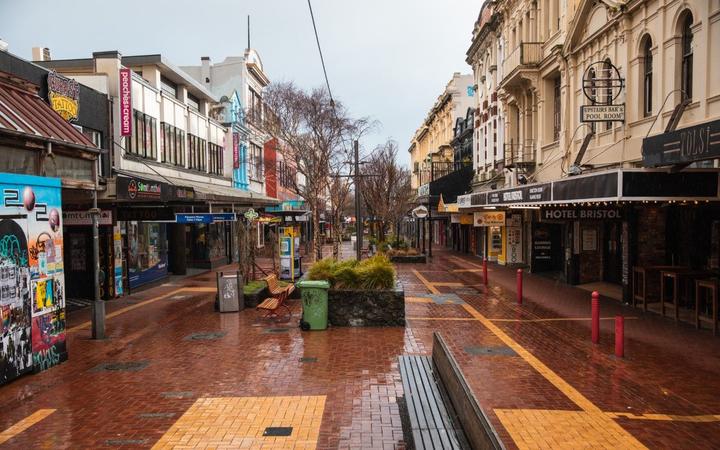 The At Yours directory was put together by the team behind the popular Wellington On A Plate foodie event, which was halted halfway through the shutdown.

It was the second year in a row that Covid-19 had dodged the event.

For Stacey Walsh and her team at Little Beer Quarter, hiding out on secluded Edward Street in the CBD, the rapid movement toward lockdown meant they were stuck with some special ingredients for their event burger.

“Our burger has a pizza topping on it, so basically the whole staff came and we all ate, I don’t know, like maybe 10 pizza rolls to take home.”

She said they shared with each other how they decided to eat them.

“A lot of people putting them on toast and things, and having them for breakfast.”

“I think the birds ate some after the fifth day, when it was not feasible to eat it.”

That burger was off the menu at level 3. Instead, Walsh’s team was doing what it knew how to do, like their LBQ and fried chicken burgers, pizza, and mac n cheese.

It had been a success so far, as the pub posted a record takeout sales yesterday, the first day of Alert Level 3.

It was a similar story across town at Grace Patisserie, which was to be transformed into a pop-up ramen and dessert restaurant.

Owner Mariah Grace said the confinement hadn’t spoiled her plans too much.

But it was a challenge for her friend who was going to make the ramen.

“Townhouse Ramen, which we collaborated with, had to freeze all of their ramen … or had to stop in the middle.”

“He went back to level 3 to make ramen kits … he had to think of alternative ways to earn an income, but also to deplete the stock that we had already made.”

Walsh and Grace said the At Yours directory took a load off them so they could focus on food and not have to spread the word.

The directory includes businesses that were not involved in Wellington on a Plate, such as Coco at The Roxy, which wasn’t starting its take-home kits until Sunday.

He said that after talking to other chefs he knew from level 3, “the only complaint was that there were too many people hanging out.”

“The support from the Wellington community is just phenomenal.”

Some companies traded well without being on the board.

Seakraft, Spiro Misirlakis’s Wainuiomata fish and chip shop, had been selling about 200kg of homemade chips and “between 40 and 45kg of fish on Wednesday.”