Conditions in Hawke’s Bay are described as extremely dry as farmers prepare for another hot and dry spring. 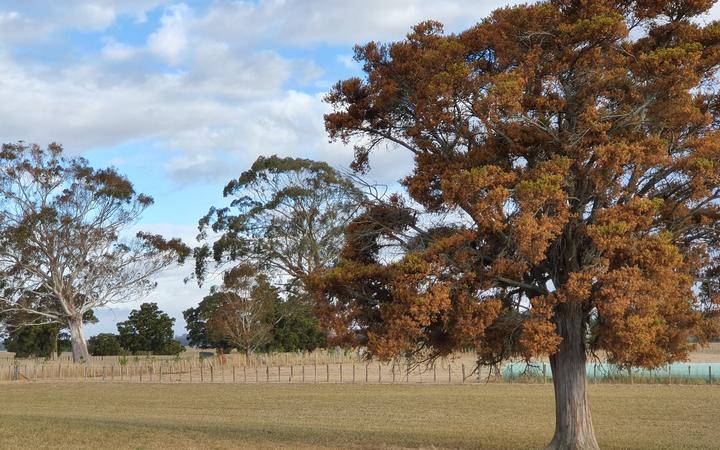 Farmers in Hawke’s Bay are keeping an eye out for the rain, with the prospect of a third dry summer looming.
Photo: Hadley boyle

For the past two years, the region has been in a drought during the summer and it looks like farmers could face a third.

Hawke’s Bay Federated Farmers President Jim Galloway said they have only had about 280mm of rain so far this year.

“Underfoot it is very dry, much drier than normal and certainly for this time of year. Some areas had a little rain yesterday, but it is only enough to wet the top.”

“We can dig a hole for the posts and there is no water underground like it normally would. Right now, the dryness is quite nice as there is no mud when you are calving and calving, but in the long run it could dry out very, very quickly. .. “

He said farmers are still low on stocks due to the severe drought two years ago, but they may need to reduce them further.

“No one I’ve talked to has a surplus of food, so everyone is just holding on. So if we have a hot, dry patch, and it just turns off again, it could get a little serious, or some people would have to take some. decisions much earlier than normal. “

Galloway said it’s a good time of year for farmers struggling with dry conditions to speak with their agricultural consultants and bank managers to make a plan for the future.

Unfortunately, there doesn’t seem like much relief in sight, NIWA just released their latest seasonal climate outlook which shows that most of the country will have above-average temperatures in the coming months.

He said that’s not good because soil moisture in the area is already unusually low.

“So looking at the spring season, we’re really going to be looking at groundwater recharge. Unfortunately, we don’t get as much rain as we probably needed or wanted, especially in the central and southern Hawke’s Bay region.

“We need the soil to be saturated to recharge the groundwater.

“The growing season is starting, whether you are growing kiwis or in the wine industry, you want the groundwater to be there, but right now the whole water system is in deficit.”

Hawke’s Bay Rural Advisory Group chair Lochie McGillivray said another dry spring and summer could push more farmers to sell into forestry as the price of carbon is high.

“We have rained a little, but it is not enough. In some areas it is very dry, they are almost reaching a point of stress, and with the soil so dry that it is affecting the growth of the pastures.”

“Some farmers who have had a difficult couple of years will be eager for the next generation to take over, some who have just taken over the reins will wonder what the hell they have done and some will contemplate selling to the forestry sector.”

McGillivray said that with carbon forestry companies paying above market value for land, the region was already starting to look different.

“Traditionally wonderful lamb and cattle fattening properties, which went to forestry. It’s not the seller’s fault, it’s the kind of situation we have with carbon over $ 50 a ton.”