Just when thousands of school-age children rely on computers to connect with their teachers, a new report has linked the worst performing digital devices. 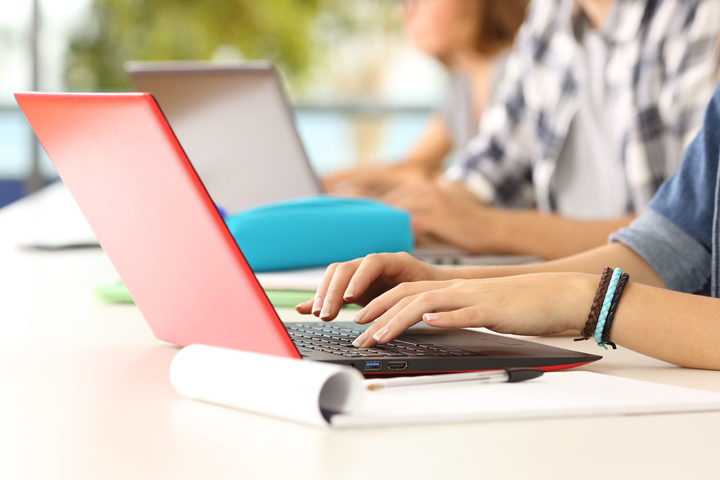 The Ministry of Education document says that data from the Program for International Student Assessment (PISA) in 2018 shows that 15-year-olds in New Zealand in most cases do worse in reading, math and science if they use a computer in the classroom.

“This research shows that there is an urgent need to identify how devices can be used optimally because, aside from some specific situations, device use at school is generally associated with poorer academic outcomes, even after accounting for student backgrounds, “the report said.

He said the effect was strongest among young people using tablets, but negligible among those using laptops.

He also found some exceptions.

The report said teens performed better in math if their teachers were the computer users. “Digital devices can have a place in math lessons, and that is only in the hands of the teacher,” he said.

He said that students did better at reading if they used their devices for more than an hour a week in English classes, and that surfing the internet for homework was also associated with better results.

The report says that students should not be left to work alone on computers because their academic results were generally worse than if they were not using computers at all.

“While there seem to be circumstances where device use at school is better for learning than avoiding them, they are in a context of many situations where they seem like a hindrance or have little impact in any way,” he said.

Derek Wenmoth of education consultancy CORE Education said it wasn’t so much the technology that made the difference as the way it was used.

“In addition to the technology being used incredibly well and quite appropriately, there is an enormous amount of wasted time and near abdication that occurs with the use of technology in some circumstances,” he said.

“So from that perspective, I am not surprised that there is a mixed result here or an opinion that it has not been helping the teaching process as well as it should.”

Wenmoth said that many teachers are still figuring out how to better use computers in the classroom.

He said they needed to be very clear about why they were using devices and avoid using them for time-filling activities.

Wenmoth said improvements in computer use in schools needed to occur system-wide rather than in isolated schools, and teachers needed training in approaches that were proven to be effective.

Albany Senior High School principal Claire Amos said the study was not a sign to stop using computers, but a call to use them better.

“What it shows is that really teaching with devices effectively is a complex job and you need to invest in and understand it, and our teachers really need to be supported to use technology effectively,” he said.

She said the study did not change the fact that locked up children need digital devices more than ever.

“It’s not ‘nice to have’ anymore, we actually need digital devices. We need all young people to have the correct digital device, we need them to have a solid Wi-Fi connection and a connection to school because it’s really the only option we have if we want to. continue with teaching and learning, we want to continue with evaluation, we want to continue connecting and caring for our young people ”.

Year 13 students Jess Darnley and Ashleigh Bindon have been using computers at school for years.

They were confident that the way they used the laptops at Albany Senior High School worked well.

Darnley said that he had been using a computer for school work since he used it for writing in Year 5-6 and now he used it in all his subjects.

“It depends on the topic, but overall I really enjoy it. It means we have all these different programs and things that are available to help us learn,” he said.

“Overall, I’ve found them really useful and we don’t tend to mess around with them.”

Bindon said that he used his laptop a lot to work on documents and share documents with other students if they were doing group work.

“A little downside to working with a laptop is that you have to be able to type quickly if you want to take all the notes when a teacher speaks or something. A healthy combination of paper and technology works really well for me,” he said.

He said that, under lock and key, a laptop made sure he could keep in touch with everyone.

“It’s really nice to have laptops for when you need feedback on work or that sort of thing because you don’t have to wait for your teacher to see your written work.”