Nearly 70 percent of the eligible population have received at least one dose of the Pfizer vaccine or have reserved to have one, says Covid-19 Response Minister Chris Hipkins.

Hipkins and Chief Health Officer Dr. Ashley Bloomfield have spoken to the media about the latest in the Delta outbreak.

Hipkins said that about 1.9 million future vaccines are in the reserve system right now, and 68 percent of New Zealanders over the age of 12, and 83 percent of those over 40, have been vaccinated. or are signed up for at least one vaccine.

Approximately half of the eligible population has now received one dose of the vaccine, and 3.5 million doses of the Pfizer vaccine are now administered: 2.29 million first doses and 1.21 million second doses.

Auckland has been a big focus on vaccines, he said, and for the next several weeks he ensures Auckland will remain a priority.

Dr Bloomfield said that vaccination rates in Maori and Pacific people have doubled in recent weeks. “It’s important and it’s a great focus for our team.”

Hipkins said the government was looking at what it could do to increase the vaccine supply in the meantime, and said that in the meantime use of the existing supply will focus on Auckland. He said that if necessary, places like walk-in clinics can be scaled down in the rest of the country. 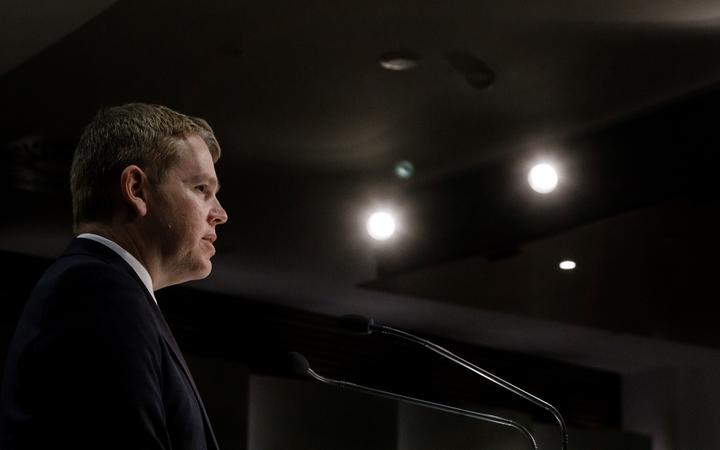 Changes to the MIQ reservation system

Hipkins also spoke about the managed isolation system, saying that it has been under pressure in recent weeks, but that the staff had done an incredible job.

He said two more facilities are being moved to quarantine facilities, including the Holiday Inn at Auckland Airport. Ventilation work at insulation facilities across the country is in various stages of the network, with things including removing dust from ducts and improving airflow, or upgrading filtration systems. He said that each of the facilities is different.

The Crowne Plaza remains out of use for now. Officials are also in the process of remodeling two other MIQ hotels so they can be used to isolate positive Covid-19 cases in the community, which is putting further pressure on the MIQ network, Hipkins said.

MIQ coupons for people who want to return from abroad will not be available for a couple of weeks. Emergency room allocation for MIQ will continue to be available.

“There will be more vouchers released before the end of the year, but clearly there is a lot of demand.”

He said the reservation system will work differently than it did previously. In addition to announcing when reservations are coming, they will feature a virtual lobby system that eliminates the need to be the fastest person to press the button.

Once reservations have been made, people will be informed if they have been lost and the lobby will be closed, he said.

Hipkins also said that police were observing very good compliance at the Auckland border, although a very small number of people have reversed.

More than 3,300 businesses have been granted exemptions to travel across the border, covering 23,500 employees.

Hipkins said that under Alert Level 4, plumbers, electricians and other tradesmen can continue to do their jobs if they wear the proper personal protective equipment and follow safety guidelines.

He said the government is working on faster and more regular forms of testing for people who have to travel regularly across the Auckland border, such as truck drivers.

Bloomfield said this morning that more space is being made for Covid-19 patients at two Auckland hospitals, and while the number of Covid-19 positive patients is likely to increase over the next few days, he was confident the trend would stabilize. early.

Bloomfield also said Morning report Daily vaccination rates have been high recently, and if vaccine supplies are unable to keep up with demand, rollout to other areas could slow down to put Auckland first, a confirmation received by Auckland Mayor Phil Goff.