A request by landowners in the Far North to extract billions of liters of water from an underground aquifer has been approved. 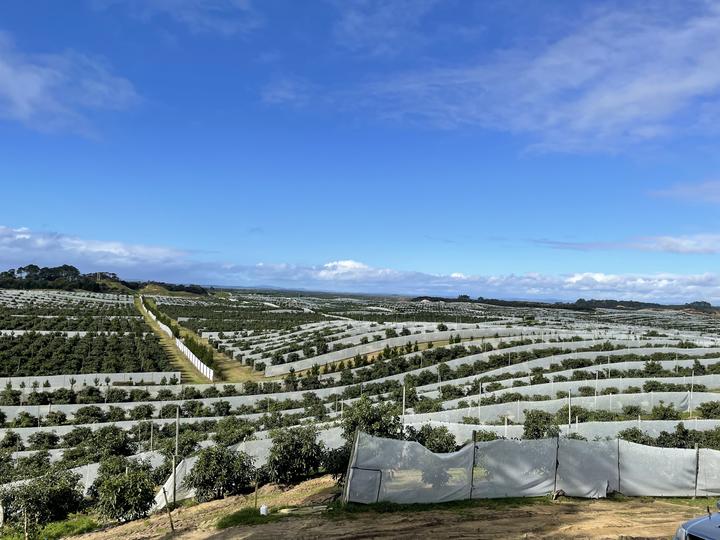 Independent commissioners working on behalf of the Northland Regional Council today granted a group of 22 homeowners consent to take 4.5 million cubic meters from the Aupōuri Aquifer.

The water will be used mainly for avocado orchards.

Te Rūnanga Nui or Te Aupōuri is the largest applicant, and CEO Mariameno Kapa-King said the decision was fantastic news.

He said there had been a massive growth of avocados near Te Kao, and the iwi had been looking for what could be grown further north.

“You get to a point where you find avocados on your right and on your left and you think that you will never get out of that because there is a lot of cultivation, but once you reach our end of the world that stops, because we haven’t had the opportunity. in the same way to make what is decided grow [be] grown up.

“Whether it’s avocados, whether it’s coffee beans, there is a whole other range of products that we know we can grow.”

Kapa Kingi said the decision aligned with what Te Rūnanga Nui or Te Aupōuri knew would be good for the area.

“Everything is connected to everything else, just as the water runs, so does our whakapapa, it surrounds everything.”

He said that any decision made in the future will be in the interest of whenua, whanau and the community at large.

But the consents have not been entirely welcome, and some worry that the environmental risks outweigh the financial rewards.

Of the 113 submissions received on the application, 92 objected.

Among them was Kevin Matthews, who chairs the local conservation group Bushland Trust, and said there were doubts about the information on which consents were given.

“I still think that there are many unknowns within the aquifer, its connection to the southern Kaitaia mountain range, the Herekino mountain range and the recharge values.”

But independent commissioners said that while those were all valid issues to guard against, the water extraction was sustainable.

“Similarly, the proposed groundwater intake was only 0.16 percent of the estimated 2.85 billion cubic meters of groundwater stored within the aquifer in an average year.”

Commissioners said that while total water consumption was large in terms of quantity, it was relatively small compared to the annual available ‘yield’ of the aquifer.

They said strict controls had been put in place around the water intake, including trigger levels and the establishment of two independent review panels.

One, made up of two irrigation experts, will ensure that the water is used efficiently and not wasted.

A second independent review panel, with a hydrogeologist and an ecologist, will review the effects on water resources to ensure that there are no unacceptable adverse effects.

Consents are valid for 12 years until November 2033.

The commissioners’ decision is open to appeal for 15 business days.