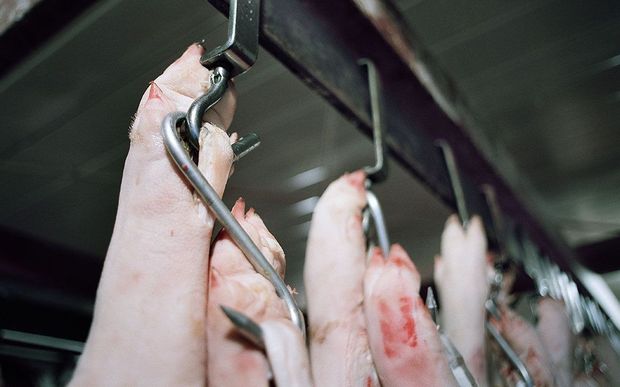 From his father’s butcher shop in Mt Albert, Auckland, he would set out on his bicycle with the packages of meat in the front basket to deliver to customers.

The 75-year-old recently retired CEO of Beef + Lamb New Zealand recalls his first delivery to a nursing home when he had to crash his bike to stop it and the meat fell off.

In those days, meat was wrapped in greaseproof paper and then brown paper.

“Sometimes the meat would bleed through the brown paper,” Slater says, recalling again that he was delivering to a home when the family dog ​​smelled the blood dripping through the wrapper. The package got more soggy, the meat fell over the threshold, the dog ate it, and Slater slipped away.

Times have changed with the supply chain, says Slater, who took over his father’s carnage and later co-founded the Mad Butcher chain. For starters, the meat is vacuum packed so there is no leakage and it lasts longer.

Processing meat for a mass market has become an increasingly sophisticated high-tech game, but it remains heavily dependent on workers.

“No robot can cut a pig or a lamb,” says Slater.

He is speaking to The Detail about how the current farm-to-table meat supply chain works and how the Delta variant has become a game changer. The lockdown has put the process back under pressure, exacerbated by strict rules prohibiting butchers and other small retailers from operating at Level 4.

This was highlighted last week when a technical glitch emptied meat aisles at Countdown supermarkets. That issue with Countdown’s meat ordering system on the North Island has been fixed and supermarket meat shelves were quickly restocked. 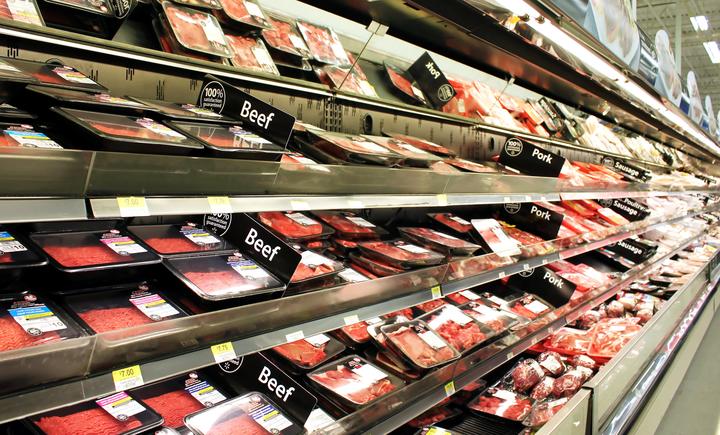 El Detail reached out to both supermarket chains to explain how their supply chains work, but they said they were too busy. It’s no wonder when hundreds of its workers have been forced into isolation, leading to store closures and worker shortages.

And that’s where the link faults are, says Slater, who believes the chain outside of Covid is robust. Other people they spoke with said that Covid has exposed risks throughout the supply chain and essential grocery items should be stored as part of the government’s National Reserves.

In the case of meat supplies, the four-step process from farmer to processor, wholesaler and retailer seems simple, but industry players describe it as an “incredibly complex multi-stakeholder journey”. They say that long periods of lockdown start to shake parts of the chain.

Take the 93 pig farmers in the country who need to get their animals off the farm each week. When restaurants and butchers are closed on level 4, the pigs cannot move and the farms get crowded. The government had to intervene during the close of last year and buy the surplus pork.

That’s the single-product supply chain interrupted. Supermarkets stock 25,000 different items and each product has a range of components. Huge distribution centers and inventories are key pieces and are put to the test in times of risk.

Sometimes it is not the product that runs out, but the packaging. Last year, during the closed bake craze, customer-sized bags of flour were emptied from supermarkets. There was a lot of flour but no bags.

“The actual supply chain is not very resilient,” says David Robb, Professor of Supply Chain Operations and Management at the University of Auckland.

New Zealand has been hit hard by long delays in shipping imported goods, but Robb notes that even domestically produced and manufactured goods, such as meat and dairy, need imported ingredients to get them to market. 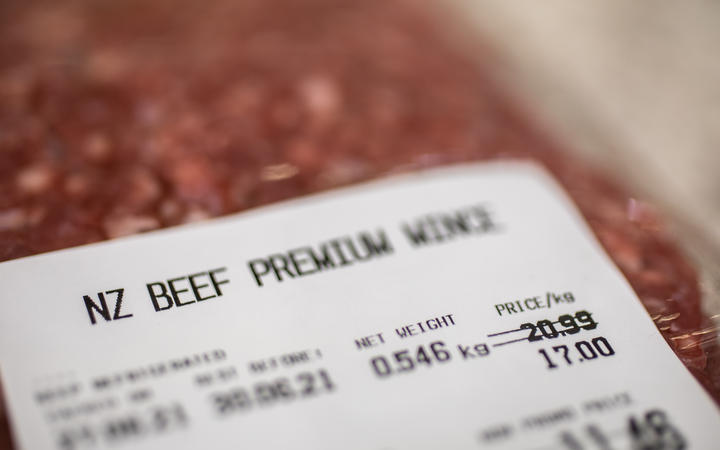 “We are not self-sufficient, not even in our primary industries,” he says.

The plastic wrap, or parts of it, are often imported, the writing ink on the packaging is imported, the vehicles, their many components, and the fuel are imported.

Distribution centers are crucial, highlighted by last week’s breakdown in the meat ordering process in downtown Countdown in south Auckland that led to empty shelves.

In Rod Slater’s early days as a butcher, there was no distribution center.

In most cases, the animal would go from the farm to the stock sale, where it was auctioned off to the butchers and transported by truck to the slaughterhouse. All Auckland butchers had a hook number, Slater says. His was 31 years old and he owned all the animals on that hook.

These days, very few animals go through the sale of securities. The farmer often has a contract to supply the meat companies that own the slaughterhouses.

“They could say, we’re looking for 500 heads, what have you got?” Slater says.

They are transported in trucks to the slaughterhouse and divided into “primaries” or boxes of rumps, loins, sirloins. From there, the meat company can sell to the wholesaler who then sells to the retailer.

The Woolworths-owned Countdown Group has its own brokers who source beef and lamb from farmers. Slaughterhouses contract slaughter from supermarkets before the meat is shipped to Countdown’s centralized cutting and packing plant.

Its rival, Foodstuffs, the cooperative that owns the Pak’n’Save and New World chains, purchases meat through multiple suppliers, such as Affco and ANZCO.

Robb says the distribution center has made groceries cheaper because it allows retailers to keep inventories low, but there is always a risk that a strike, tornado or covid will take it out.

Most food products go through distribution centers, but high-volume items such as dairy, coca, and bread go directly to the store from the supplier.

Despite the dual handling created by a distribution center, Robb says it allows for economies of scale and means stores can be restocked daily with truckloads of produce.

Inventories vary from weeks to months depending on whether a product is perishable or canned. New Zealand supermarkets keep inventories low to keep costs down.

“There is not much redundancy,” says Robb. “We like to do cheap things in New Zealand.”

Robb’s colleague at the University of Auckland, Tava Olsen, who also teaches supply chain management, says the IT problem at Countdown’s processing center shows a weakness.

When a processing center is that large, a breakdown has a huge impact.

“Supply chains are set up to be profitable. It doesn’t take much of an increase in demand to clear the supply chain, ”says Olsen.

She says the lean, profitable just-in-time model is exposed at times like this.

“We have tried to teach the downsides of Just in Time and read. Now more people are listening to us. ”

Olsen wants the government to look closely at national resilience, including the storage of some food products, as well as medical and fuel stocks, as part of its national reserves.

“If our borders are closed for both goods and people, what would we lack?” she asks.

“We cannot completely leave it in the hands of the market. For-profit companies are not charities. It’s not their job to make sure New Zealand is established in the event of a disaster. ”

Robb goes further and suggests that if a new Kiwi supermarket chain is established in competition with Foodstuffs and Woolworths, it might be required to “have a last resort resilience.”

The question is what grocery products are urgently needed? Coffee? Chocolate?

“When people are in distress, they need comfort food,” says Robb.