Wellingtons are already dreaming of their first food orders as the capital prepares for a drop in alert level overnight. 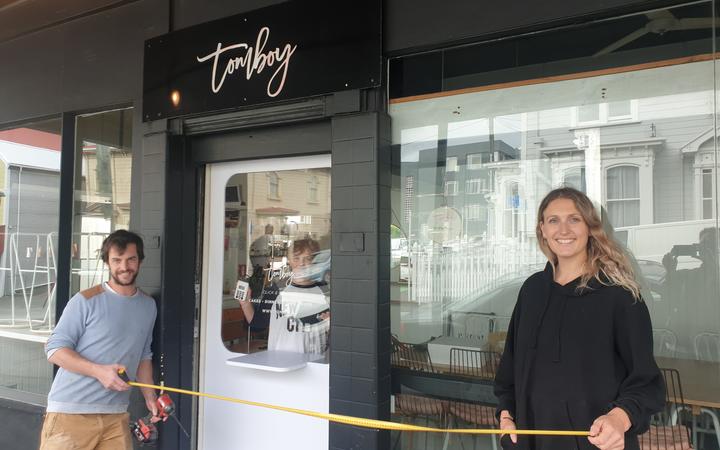 Tomboy Cafe and Patisserie Owner Kate Marinkovich, during the last level 3, was trying to get out the door to pick it up without contact.
Photo: RNZ / Hamish Cardwell

While level 3 has been infamously known as level 4 with conclusions, not everyone chose to open up this time.

“I feel like I’ve started running a little bit, but yeah, I think we’re all fine,” he said.

“We are quite organized and ready … more relaxed going into this confinement knowing that we will get out of it.”

Marinkovich said operating at Level 3 was “absolutely” a great team effort between her and other small businesses across the city.

A nearby cafe delivered fresh bread for her to make sandwiches, and a local wholesaler had helped her get some fresh yeast.

“I mean, even through social media, I’ve gotten some really wonderful impulses from other companies that are not going to open for level 3, but just encouraging people to support local and small businesses.”

She thought companies were making a “big” decision not to open, amid the Delta strain of Covid-19, if that was a viable option.

However, opening Tomboy was a necessity for Marinkovich.

“I want to open. I want to be able to pay my staff and keep my business afloat, so … I’m typecast to do so.”

The general manager of Shoots Microgreens in Wellington, Remie Morris, said that people also needed to remember that there were food producers who provided ingredients to hotel companies.

But I was expecting it to be a smooth delivery day, which in the end it was, because I knew fewer takeout deals were opening during this Tier 3 period.

“I definitely saw a lot of places last year that were kind of desperate to get back on track.”

He said companies had found the takeout model “difficult” to manage.

In Oriental Bay, the people RNZ spoke to felt that the change to level 3 was sufficient, despite being a minor change than what is seen when moving to levels 1 and 2.

Javiera Villouta said she would go out for take-out coffee on Wednesday on her daily walk outside her “crowded house.”

“It’s not going to change much … I guess life doesn’t really change, we’re still locked up.”

However, the passage to level 3 allowed him to see “the light at the end of the tunnel.”

John and Gail Thomason were keen to support local businesses and thought it was worth going to level 3.

“It’s a sign that we’re on the right track,” Thomason said.

Thomason said “it’s a small change for us, but I think it’s a very big change for some of the companies and as much as possible we will help and support them through that change.”