The information on qualified residency visas published in error on the Immigration New Zealand website appears to be an advance copy of the new government residency criteria. 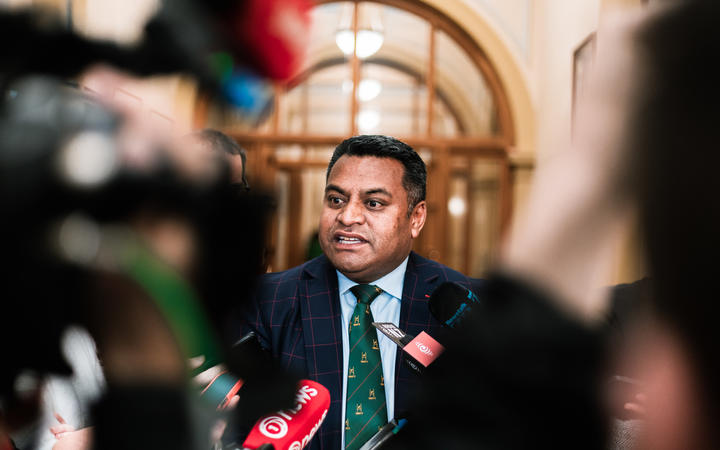 Approximately 34,000 people are waiting to know when the Expression of Interest (EOI) ballots will be reset for the skilled migrant and parent categories.

It has emerged that the Minister of Immigration, Kris Faafoi, made decisions at least two months ago on the reopening of both streams of residence to new applicants. EOI selections, when migrants are invited to apply for residency, were frozen in March last year.

Details posted online about qualified residency visas show that more points are assigned to jobs that need occupational registration, such as nurses and teachers, or in areas of absolute shortage of skills.

Since then, the information has been deleted. Immigration New Zealand (INZ) has declined to confirm or deny that the uploaded points calculator displayed part of the new criteria, and the minister has not responded to requests for comment.

Immigration consultant David Cooper said it appeared to be an advance copy of the new policy and would suggest that INZ had been preparing its website for the changes.

He said it indicated that there was an increase in the current point threshold on cards, and that would mean that some people would no longer qualify for residency.

“Is it a precursor to what the minister is about to announce? I don’t know, but it’s certainly in line with the noise we’ve been hearing in terms of points for jobs that require occupational registration, jobs in skills shortage areas. long-term.

“Without a doubt, if they go ahead with these changes and raise the approval mark, not all of those 11,000 expressions of interest will be selected.”

How soon is it now?

Many migrants and their representatives have expressed anger and frustration that Immigration Minister Kris Faafoi had been saying since March: https://www.rnz.co.nz/news/national/448062/migrant-doctors-caught- in-limbo-weigh A decision would soon be made about his future in New Zealand on EOIs.

But some members of the immigration advisory community had confirmed in writing by the minister in late June that decisions had been made.

Cooper said that while some of the delay in making an announcement could be accounted for in the time INZ needed to prepare, it now urgently needed action.

“He said that he had made decisions regarding the selection criteria and that an announcement would be made soon, and this is the end of August and we don’t have one.”

“The damage to New Zealand and to the people is more significant than I think most people understand.

“I think what is really important for the government is to just keep going and not delay because people and companies have to move on with their lives, and there are no excuses for not making the decision, unless it is not necessary to do so. a decision in itself.

“In other words, there is a reason they are not making any announcements that none of us fully understand.”

RNZ asked the minister why and when the June decision had not been announced, but no response has been received.

In a statement, a spokesperson said: “The skilled migrant category point calculator on the Immigration New Zealand website was inadvertently changed.

“This was a mistake and has since been corrected and restored to the correct point allocation. We apologize for any confusion as a result of this error. Ministers have been considering how and when to reopen the EOI selections for the SMC, but not decisions have been made yet. “

However, RNZ has seen evidence that the decisions were made at least two months ago.

Data released under the Official Information Law shows that 25,844 people (11,660 EOI) are now waiting to be pulled from the Skilled Migrant Ballot (SMC), including 5000-6000 applications from people with occupational registration.

That adds to more than 8,500 parents (with 5,463 EOIs submitted) in the parent’s residence category.

The government has not updated its policy on residence numbers for almost two years.

“I have been in this industry with the government and the private sector for almost 40 years and I have never been so angry as I am now,” Cooper said.

“The residency program ended at the end of December 2019. We are now almost to the end of 2021 and nothing has been done and the figures [of applications] keep inflating.

“Poor old New Zealand immigration is constantly on the firing line, but they don’t have the resources: 70 employees to process 14,000 residency applications.”