The cabinet is exploring a second phase of evacuation from Afghanistan and the effects that resettlement would have in New Zealand. 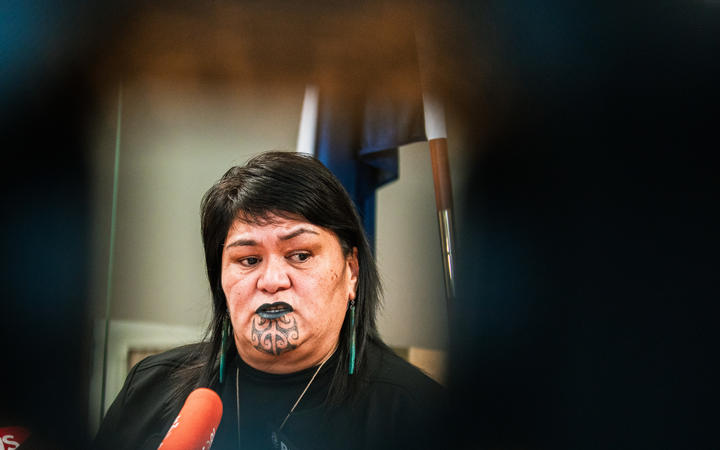 Speaking to the Select Committee on Foreign Affairs, Defense and Trade this morning, Foreign Minister Nanaia Mahuta said there would be a second phase of the response to the Taliban takeover of Afghanistan for New Zealand and its international partners.

“There is a second phase for those countries and also for New Zealand,” he said. “I would say that this is one more piece of advice that the Cabinet has asked of myself and [Immigration Minister Kris] Faafoi in terms of focus. “

“The cabinet asked for more information on the second phase of a response in relation to Afghanistan … our first priority was in this initial group of people who were covered by this criterion of August 16. That has been our first commitment.”

When questioned by Green MP Golriz Ghahraman, Mahuta said that at this time she was not in a position to broaden the criteria for allowing people to enter New Zealand beyond what the Cabinet had decided on August 16.

Ghahraman said Australia, the United Kingdom and Canada had committed to receiving a specific number of refugees from Afghanistan, and asked if New Zealand would consider that next.

Mahuta said they would take into account what other countries were doing, but the advice at this point was to identify what would be the difficulties of a second phase of evacuation and the effects on New Zealand of supporting resettlement.

“Our work is not done. We know that there are a number of New Zealand citizens and permanent residents who remain in Afghanistan … I cannot emphasize enough the fact that we were not able to achieve the complete extraction of all who could be extracted.”

At its peak, MFAT had 171 employees assigned to handle the entire government response to Afghanistan, with staff on shifts and officials providing additional consular assistance abroad.

“It is a very complex situation on the ground. We are very aware that the safety of taking people to an extraction point is somewhat precarious at the moment.”

He said the number of people seeking help from New Zealand may change if the eligibility criteria change.

“In terms of those who find their own way to third countries, that could change again. And then the type of eligibility will be something that will change a little bit as well.”

The executive director and secretary of the Ministry of Foreign Affairs and Trade, Chris Seed, said they suspected that more than 300 people remained in Afghanistan who were eligible to come to New Zealand, including citizens, families and those who had already received visas.

The ministry would set up an online portal where people who had visas could register their details, he said, and were aware of some who had fled across borders and who might also be eligible.

“We continue to speak with countries in the region about the extent to which they will allow people to cross their borders.”

Some would have fled to other neighboring countries, and at least three families had also managed to make it commercially to Africa and Europe, respectively, he said.

‘There were no lists’

National’s foreign affairs spokesman Gerry Brownlee said he appreciated the NZDF’s enormous efforts, but knew at least 43 families previously unknown to New Zealand organizations who had not been able to be evacuated.

“None of them have come out … why don’t the ministries have a list of people who attended?” He asked.

Seed said more than $ 100 million had been spent on Bamyan in a decade on multiple projects, in multiple areas, with multiple contractors and multiple third parties.

“Clearly, the idea of ​​collecting and cross-checking lists of everyone that any of those projects came into contact with was just not the way we operate and it was not sustainable.

“People who, either under the previous criteria or those agreed by the Cabinet on August 16, there were no lists that we could go to.”

Mahuta said the expanded criteria for extraction and resettlement offered by the government have also contributed to a rapid increase in the number of people seeking to flee to New Zealand.

Defense Force Chief Kevin Short said that according to the 2012 criteria, interpreters were offered resettlement or a three-year salary to travel wherever they wanted.

“There were options for that particular group … they were patrolling with our men and women in uniform.”

He said other locally employed staff, including engineers, mechanics, cooks and cleaners, were not part of the original offering, but had been included in the broader criteria in August and they were the ones coming forward now.

Seed said officials only had four or five days to make judgments on whether those people met the new criteria.

Seed said that as of Aug. 11, there were 11 people registered in Afghanistan on the ministry’s SafeTravel website, but two weeks later that number had risen to 767.

He said there were reasons why people might or might not appear on the website, including those who had lived in Afghanistan and considered it their permanent home; those who were happy with their circumstances until the crisis escalated; and some people who had no right to come to New Zealand.

“The numbers that I have, the total number of potential consular cases was 737, of which there was a group of New Zealand citizens and holders of permanent residence, which is an approximate number of 200. The rest, then, [was] made up of various other visa holders.

“We think we know that 372 have left Afghanistan … and we think there could be 365 still in the country and of those, 51 … are identified as New Zealand citizens and 52 as permanent New Zealand residents.”

He said that just because they were on the consular list did not necessarily mean they wanted to leave Afghanistan.

Mahuta also said the numbers may change as some of those that had been identified had yet to be verified, some would have fled to other countries and more could emerge as the criteria changed.