As the world continues to fight Covid-19 and New Zealand finds itself in the midst of another lockdown, let’s take a look at another pandemic that swept the world more than 100 years ago. 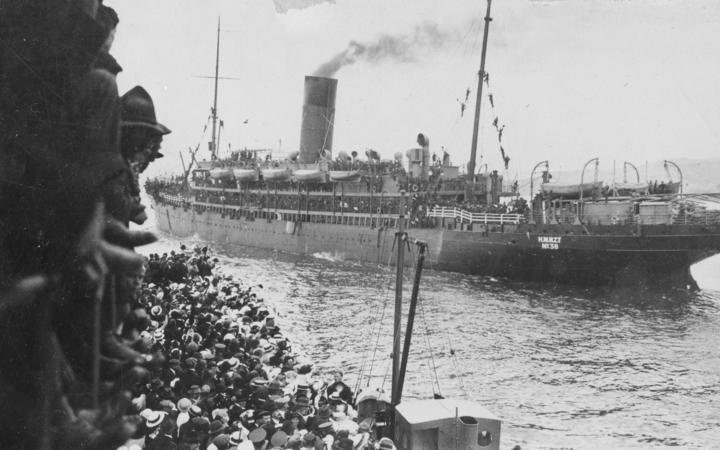 It was called the Spanish flu, also known as the great flu epidemic.

In 1918, a ship, HMNZT Tahiti The transport of more than 1,117 military personnel (40th reinforcements) and 100 support personnel from New Zealand was devastated by the flu. 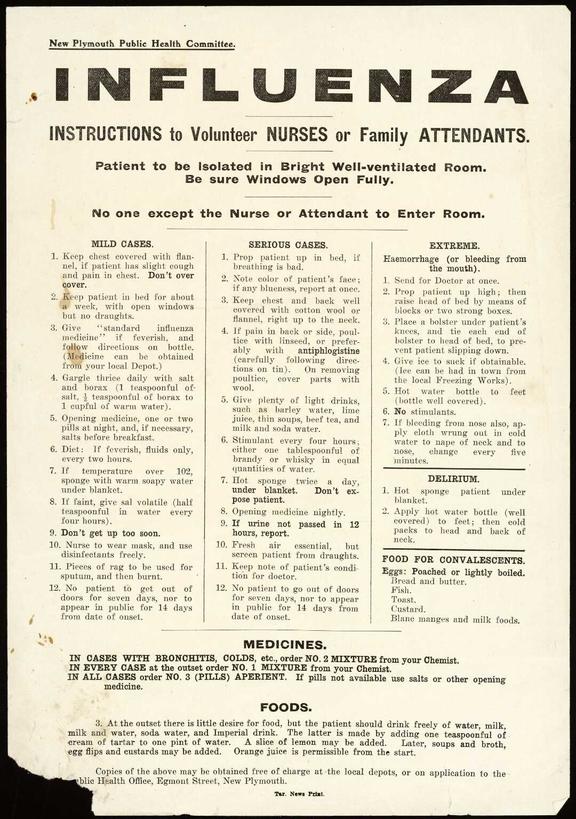 By the end of their voyage, 90 percent of the 1,217 people on board had the influenza virus. Seventy-eight died on board and another nine, ill upon arrival in Plymouth, England, on September 10, also succumbed to the disease.

The ship set sail from Wellington on July 10, 1918 and sailed through Albany in Western Australia, Cape Town, South Africa and then to Freetown in Sierra Leone.

He stopped by the West African nation to replenish coal and supplies. It did not dock and no one was allowed to disembark as the country was experiencing what at the time was called a “disease.”

A new exhibition, “The Ship of Death: A Fateful Voyage” is scheduled to open soon at the National Army Museum in Waiouru.

Collections and exhibitions manager Windsor Jones said that while the ship was loading coal in Freetown, some officers approached one of the ships in the convoy that was later discovered to be infected and brought the flu to the Tahiti. 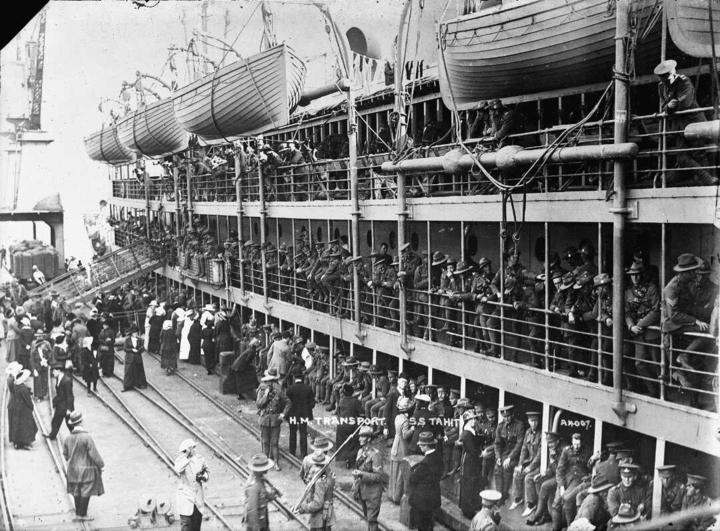 “When they left on August 26 for the UK, they started getting infected with the flu.”

Conditions on board were very tight.

” The problem was that the troop ships were there to bring troops to the front, so they had requisitioned a lot of passenger ships that would normally carry 600-700 people, including the entire crew, but it was 1200 people and crew, so It would almost double the capacity and this was not uncommon because at the end of the day it was all about moving troops to the UK and the Western Front. 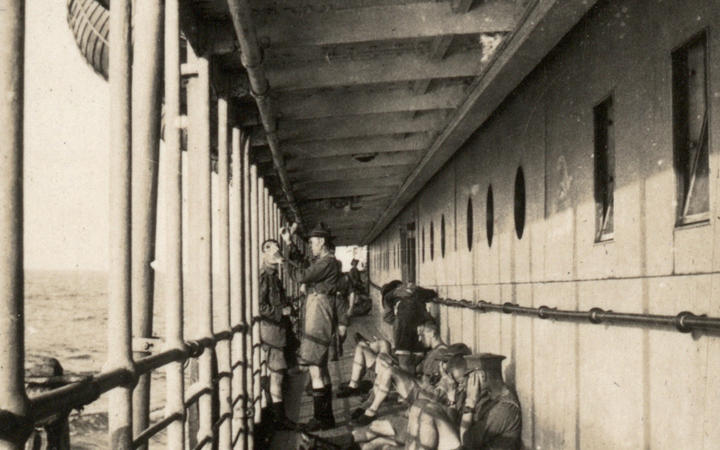 “It just so happens that when there is an influenza epidemic on board, overcrowded conditions, lack of medical supplies, medical personnel get sick, then it becomes a very, very bad situation,” he said.

Jones said life aboard the ship would have been very tough and with only basic medical supplies.

” The reality would have been that they expected things like a cold or dizziness, which was frequent, and something like a severe case of influenza, also complicated by bronchial pneumonia, so the flu strain was particularly bad and they had no medicine to deal with it. ”

He said that as more and more people got the flu, the medicine they had, which was probably just a general cough mixture, had to be diluted to go further.

“They only had a limited number of hospital beds and when they were full and for those with temperatures above 102, they were kept below deck and those under 102 were placed above deck.” 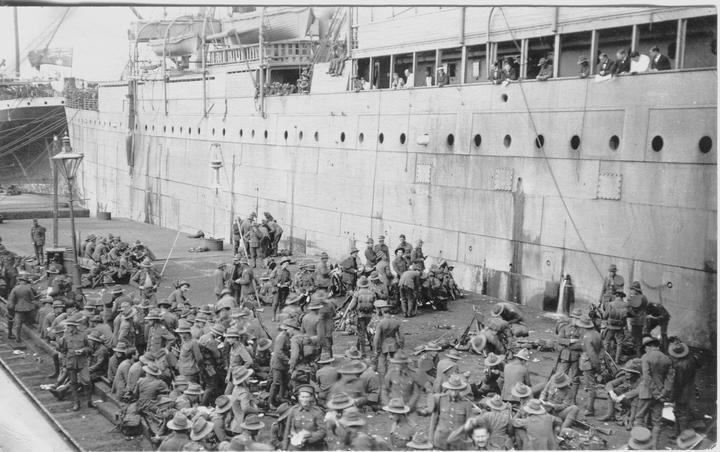 Jones said that to make matters worse for those on the deck, they were not allowed any lighting at night.

“They were in an underwater area and they were very concerned about being hit by torpedoes.”

He said that 10 nurses on board who were traveling as passengers had to collaborate to help.

” Caring for the sick and dying.

” Two of the doctors on board became quite ill and one with mild symptoms. It really was an incredible journey.

“It was nine days of hell before they reached Plymouth,” he said.

At first, no one on board knew that it was the Spanish flu.

Because they were the tropics, they thought they had contracted some kind of African fever, as it was referred to in one of the diaries in the collection. They really weren’t prepared for any major illness and of course something like a flu epidemic and a severe one. ”

The exhibition traces the voyage of the ship, later nicknamed the ship of death. 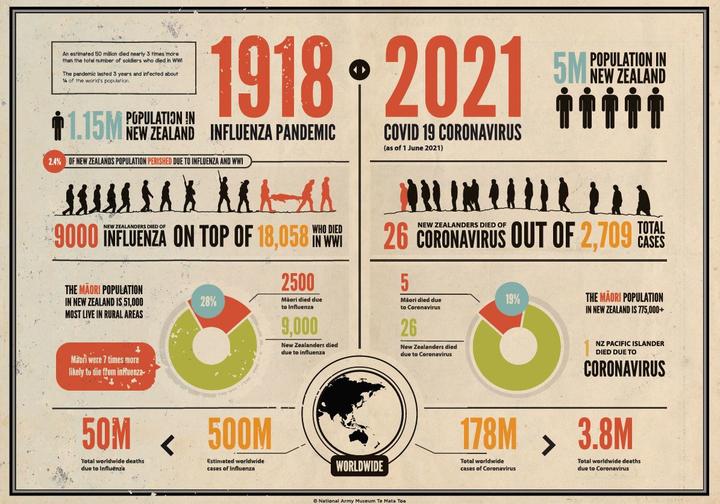 A comparison of the 1918 influenza pandemic with the 2021 Covid-19 pandemic.
Photo: National Army Museum, Waiouru

Jones said it will allow viewers to reflect on the flu pandemic and help them understand what was happening at the time.

” Also maybe you think about what we are in this pandemic today, Covid-19, than the things that we see now in terms of quarantine, isolation, movement of people through planes and ships.

“Then there was no difference. Basically, the pandemic followed the paths of human carriers. There is a real similarity to what we are experiencing today.

” Our exhibition allows the visitor to get on board the Tahiti and experience how the conditions on that fateful journey led to the outbreak of one of the largest pandemics in our history. ”

Nine thousand people in New Zealand died from the Spanish flu. This was after 18,000 New Zealanders died during the First World War.

New Zealand’s population at the time was 1.15 million.

Globally, an estimated 500 million people were infected and between 25 and 50 million died.