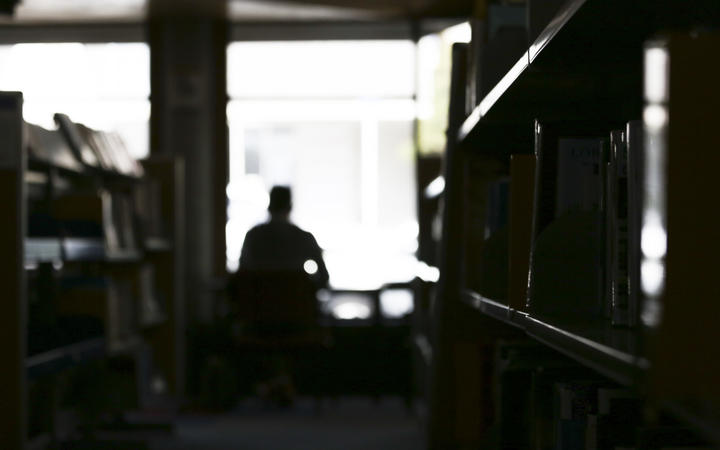 For now, frontline staff elsewhere are covering the shortfall, but that prevents them from serving the growing number of people who desperately need help.

‘I felt a real sense of hopelessness’ – Max

In June, Max * went through a mental health crisis.

His GP and counselor also made referrals, and the service promised to contact him within days, but never did.

Finally, when making contact three weeks later, Max said that Te Haika told him that he had never received the original references; Max thinks they lost their paperwork.

He ended up waiting six weeks to be treated, during which he self-injured and considered taking his own life.

“I felt a real sense of hopelessness that I had been trying to do the right thing.

“He was right, if I can’t stay safe and existing support services can’t do that either, then what hope do I have?”

The wait worsened his mental state, each day more and more difficult.

Max said that almost all of his interactions with Te Haika were with different staff members, which means that he would have to repeat his situation and trauma.

Staff frequently mistook him for gender, leading Max to believe they hadn’t read his file.

He said that after every interaction with the Te Haika staff he would cry.

“The last thing I would like is to finally talk to someone and have it leave me feeling worse, that’s not why I should be there.

“And … having to explain all the different aggravating circumstances each time, like reliving things in some way, also had an impact.”

For Wellington’s mother, Emma *, it took Te Haika four months from a GP’s referral to make contact about her teenage daughter.

In that preliminary discussion, the Te Haika staff member indicated that his son was fit for the service, but a proper inquiry as to whether he could actually be hired was not available for three months.

The triage center is 30 percent understaffed.

The region’s Mental Health, Addiction and Intellectual Disability Service, which is responsible for Te Haika, said the average wait time for non-urgent referrals was 14 days, and acute referrals are treated within 24 hours.

RNZ has spoken with a number of Wellington doctors who say that, in the last few months, there have been as many as 100 raw referrals with Te Haika, a few months old.

A community mental health nurse from the Wellington region, Sarah *, said the delays could lead to deterioration in patients’ mental health, making them more difficult to treat.

“They may also have some useless preconceived beliefs that people don’t care or that there is no support for them or that their situation is hopeless or hopeless, so this kind of delay could strengthen those useless beliefs for them.”

Sarah said the crisis at Te Haika meant she made clerical mistakes, which made more work for her own exhausted and understaffed teams.

“So clients have two appointments booked, or they are not booked at all, or communication with the receiving mental health team is not taking place.

“And that takes more time for doctors to fix it and resolve those issues, leading to clients feeling bad that they have an appointment and they change,” Sarah said.

In a temporary measure, doctors from other parts of the mental health service in the region are being called in to help in Te Haika.

Molly *, a Wellington region mental health specialist, said some appointments that would take two weeks are now taking up to two months because of that.

“This is causing great stress on already struggling mental health teams and affecting their ability to do basic clinical work.

“This is causing significant waits for clients and family from triage to initial appointment, and more bottlenecks before therapy begins.”

He said the staff’s workload was “not sustainable” and that burnout and lack of capacity could lead to tragedy.

The Executive Director of the Mental Health, Addictions and Intellectual Disabilities Service, Karla Bergquist, said that “we are very disappointed to hear these experiences.”

He said the team works incredibly hard to make sure everyone gets the help and support they need.

He reiterated that urgent referrals are managed within 24 hours, and “anyone seeking urgent support can be assured that they will receive it.”

But he accepted that non-urgent referrals took longer to select.

Bergquist said he was recruiting to fill openings equivalent to 6.65 full-time positions for his team of nearly 22, and was developing an ongoing recruiting drive.

He said Te Haika has received 1,700 referrals this year and has a greater focus on early intervention by working with primary care providers on a number of initiatives.

The CREDS eating disorder service, which covers the Wellington, Manawatu-Whanganui and Hawke’s Bay region, is also understaffed by nearly a quarter.

The Mental Health, Addiction and Intellectual Disability Service said earlier this month it was in the final stages of recruiting for 5.2 full-time equivalent positions for its team of just over 19.

He said that the wait times for this year have been affected by an increased number of referrals and changes in the alert level of Covid-19 last year.

The average waiting time for your programs for the last reporting period is 63 days, those with urgent needs are taken care of in a few days.

In April, RNZ reported that there were 163 people on the CREDS waiting list.

RNZ also reported in July that Wellington children and adolescents with severe mental health needs faced waiting times of more than six months for treatment to begin in some cases.

DHB’s child and adolescent mental health service, CAMHS, had been operating at roughly half capacity at times this year after many staff members left, some due to stress and overwork.

* RNZ agreed not to name the people in this story.