Despite there being no cases of Covid-19 across the entire South Island, it will remain in a level 4 lockdown through Tuesday, in part in response to continued traces of Covid-19 in Christchurch sewage. 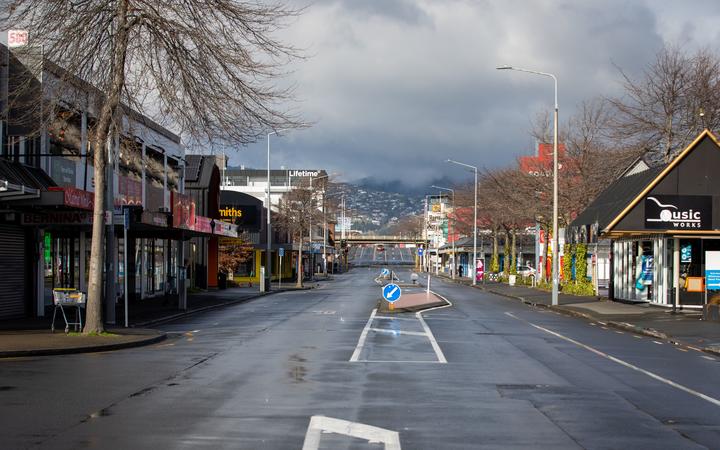 Prime Minister Jacinda Ardern said people may wonder why the entire country, especially the South Island, has to stay at Level 4 until Wednesday.

That will provide the country with some peace of mind over the full fourteen-day cycle from the first case, he said, while ensuring time for test results to return to Wellington’s case contacts.

“As ESR pointed out yesterday, this is likely the result of positive cases in a managed isolation facility, but more testing and a few extra days will allow us to better answer that question and those more refined tests in different basins are underway as we move on talking. “

The move has received a mixed response from those in the south.

In Methven, Peter Wood, who owns and runs the Ski Time lodge, was disappointed and said he assumed the decision was based on the government knowing something he did not.

“It doesn’t seem very obvious to anyone on the South Island,” Wood said.

“We think that with no cases down here and with the 14 days almost over and with the self-isolation of the people who were on the North Island, we thought level 3 was looking pretty good for the weekend. And then level 2 in the middle next week or later next week. “

In Christchurch, real estate developer Richard Peebles, whose sites include Christchurch’s busy Riverside Market and Little High, said that since not all close contacts have been tested, he believes the move is prudent.

He said that level 3 and level 4 do not make much difference to their tenants.

“Level 2 is where it should be. I probably would have liked to stay below Level 4 until a little later and then move on to Level 2. But we don’t have much of a choice here, we have to eliminate this outbreak.”

Christchurch Mayor Lianne Dalziel said the decision was at least a move in the right direction.

“A lot of us were a little more optimistic that change would be quicker. I think it will be disappointing in that regard. There are a lot of people and companies that are making it difficult right now.”

Queenstown Lakes Mayor Jim Boult was disappointed by the delay in crossing to Level 3 and wants an indication of when the South Island can move to Level 2.

“I was expecting more freedom when the Prime Minister announced. I guess our hope was that level 3 immediately with level 2 next week would have been a good thing.”

“I mean, the reality is that in our part of the world, you will be able to do very limited activity. So that is going to be very, very hard for local businesses here that are already suffering.”

Business South CEO Mike Collins also said all eyes are on a potential date for level 2.

“It’s still quite disruptive for companies and they can’t fully work for many companies at level 3. But that will be the next thing that companies will really want to understand. When we know that we are going to go to level 2.”

In Marlborough, Deputy Mayor Nadine Taylor said the region was lucky to have remained Covid-19 free and that the announcement was positive for the country, south of Auckland.

“We are quite fortunate to be strongly based in primary industry, so our viticulture, aquaculture, our fisheries and our agriculture have been able to operate, and in many cases have had to operate.”

“We are also quite fortunate that despite our major storm, we have actually been able to get a waiver to keep much of our road repair work going because it has been critical to some of those isolated Sounds communities.”

He said that the passage to alert level 3 will allow some retail, commercial and hotel outlets to operate, which will bring more movement to the local economy.

Ian Williams, owner of the Vic Public House and Burger Culture restaurants in Nelson, said they are ready for contactless delivery and takeout starting next Wednesday at lunchtime after the move to alert level 3.

But for many hospitality companies, including bars and restaurants that did not prepare takeout, that was not the case.

“You can’t look at a confinement like this in isolation,” Williams said.

“After the previous lockdown, which happened in the late summer, I think the companies had some cash flow in the bank, which was obviously followed by a winter because we are in a seasonal business.

“The summer was not particularly good for us in Nelson. It was quite short. And we did not have anything close to a normal summer as you would expect.”

In addition to that, he said that hotel companies are preparing for next summer, which could be another without international visitors.