There were mixed feelings among essential workers who were finally able to get Covid-19 immunization at a mass vaccination event in New Plymouth today. 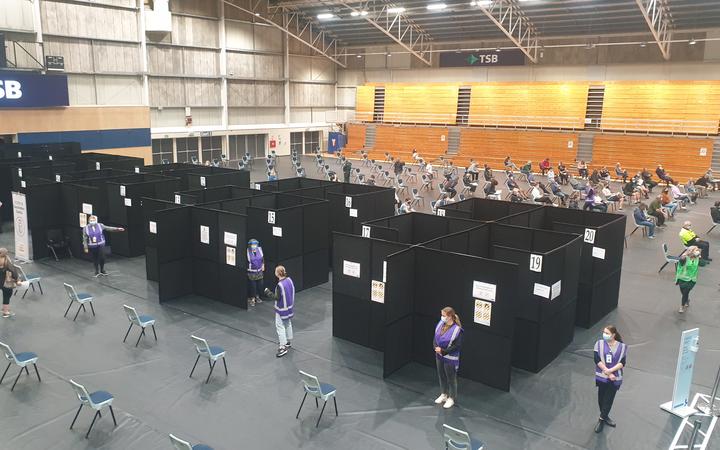 The Taranaki District Health Board aims to vaccinate about 7,000 front-line workers over the weekend.

But some weren’t happy that it took so long to make them a priority group.

The first of three mass vaccination clinics in Taranaki this weekend was fully packed with 2,500 people ready to get a shot from Pfizer.

“The directives of the Ministry of Health were not there because we were not at level 4 and due to the supply of vaccines before we had to navigate by the amount of vaccine we use in [different groups] and where the appropriate use was, so the board was at that stage to not use essential workers, “Court said.

There was no magic formula for a perfect vaccination rollout, he said.

“I think if I had my way, we would get everyone so fast and at the same time, but it just doesn’t work that way. So we appreciate that there has been a lot of patience required by many people, but we are very happy to offer this now. “ 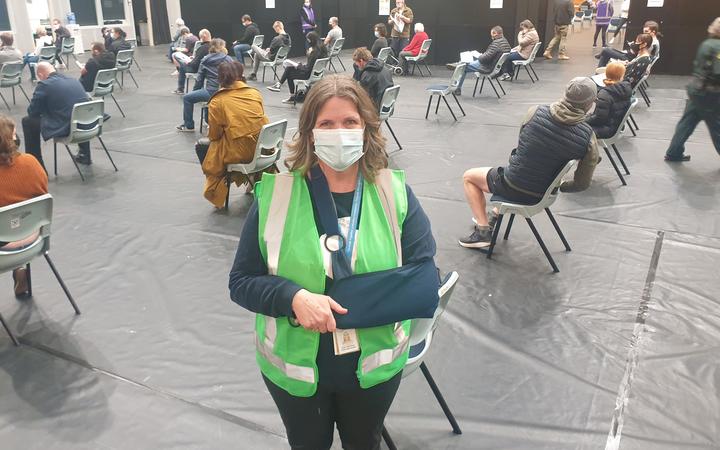 The operational planner for the Taranaki vaccine launch, Rachel Court, says that around 7000 essential workers will be vaccinated this weekend.
Photo: RNZ / Robin Martin

Caleb, who worked at Countdown The Valley, was being briefed prior to receiving his vaccination.

He calculated that essential workers could have been prioritized earlier.

“Ah well, it would have been nice if it was earlier, but it’s nice that we finally got it, yeah.”

Zoe Mace was waiting in the observation area.

The 17-year-old was another Countdown worker and was on the same page as Caleb.

“It’s a bit unfortunate that it’s only happening now, but now we have it, so that’s good and as long as we can keep up with vaccinating those people, that’s all that really matters.”

Oil and gas worker Peter Van Den Beuken had put his career on hold due to the pandemic.

“I declined some trips abroad because I was not vaccinated. Therefore, I am not willing to leave the country without getting vaccinated and I am working in a port with a higher risk. And my wife is a nurse, so ” I am in her bubble and I’m old enough too. “

I was happy enough that I waited for the vaccine.

“It’s fair enough to be honest. You have to start somewhere, so there’s always an order to these things. So this is the order and it makes perfect sense. It’s fair enough.”

Colin Webber had come to get vaccinated with his 13-year-old daughter Imogen. 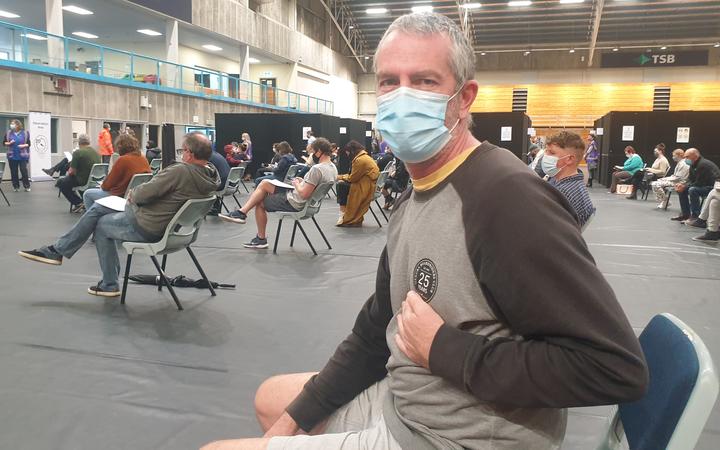 His wife worked at the Taranaki Base Hospital.

He was not happy with the launch of the vaccination.

“They’ve known about the Delta variant for quite some time and I think they really should have pushed to vaccinate people, especially essential workers, the front-line personnel,” Webber said.

“Yeah, I think the government has been a bit slow on this and it took this outbreak for them to really take their fingers and do it.”

“Yeah, it’s good to do it. Now I feel a little more protected against that.”

It is also the worst performing DHB when it comes to fully vaccinating the population, with only 18 percent now inoculated.

Tomorrow another mass vaccination clinic for essential workers will be held at the TSB Stadium and at the TSB Hub in Hāwera on Sunday.