A pregnant New Zealand woman with a medical condition that could put her and her unborn child at risk is stranded in the United States and without insurance, after being denied an emergency MIQ position six times.

The window for her to fly home is closing rapidly as her pregnancy progresses.

Bergen Graham was living with her husband Oscar in their native El Salvador when she became pregnant in February.

He immediately applied for a New Zealand visa, but it was June when it was approved and they were unable to obtain MIQ places through the voucher system.

To complicate matters, Bergen’s pregnancy is considered high risk. Three different specialists have provided letters confirming that, saying that due to a blood condition, you need medication and specialized supervision. The couple is now in the United States because the Bergen visa for El Salvador was about to expire, forcing her to undertake the trip home with no guaranteed MIQ.

Graham says they made it to Los Angeles and expected to be there for only four days before returning to New Zealand.

“Finding out I couldn’t go back was horrible and worst of all is not knowing when we can go back. We don’t know how long we’ll be in Los Angeles, which means I haven’t been able to arrange long-term accommodation, car rentals, appointments .

“Every day for a while there, I thought ‘okay, tonight we will be on the plane and come back, everything will be fine’ and every day we couldn’t. So every day we were trying to find a new accommodation, being pregnant , in a city that we are not familiar with, with a healthcare system that we are not familiar with, it has been very stressful for us. “

Without insurance, Graham and her husband face a bill of at least $ 20,000 to have their baby in the United States, and that’s if things go well. 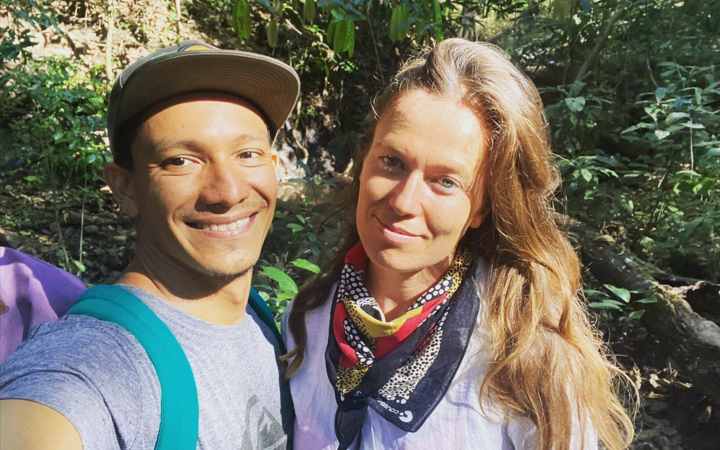 “I am Rh negative, my blood type, and my husband is Rh positive. From what I understand, there could be complications during labor, where my baby will reject my blood because my baby is Rh positive.”

Graham has sought medical letters and has submitted six applications for a place at MIQ, all of which have been rejected.

“I think it’s terrible. If I can’t go back to New Zealand, who can? They’re telling me it has to be an emergency.”

She says that if things come to a head for her, it will be too late to catch a flight and return to the country.

“Not being able to talk to a person and get these answers in general, which I have had every time, saying ‘we do not believe there is a significant risk to your health, therefore we are denying your request’ is the most frustrating.”

That contradicts a letter she received from a Los Angeles doctor to support her request, which says: “It goes without saying that my recommendations are clearly stated; that she and her son are at serious risk from a medical perspective.”

Graham says he’s scared that those words are being ignored.

You are now 28 weeks pregnant and to fly at this point you need medical clearance.

“As long as everything goes well from now on, I can fly up to 36 weeks.”

Many people ask Graham why he went to El Salvador during a pandemic. She explains that they had not met the visa requirements for him to come to New Zealand.

“We knew right away that I wasn’t going to sit in New Zealand without seeing my husband for so long.”

The Ministry of Enterprise, Innovation and Employment, which decides on applications, says there is no guarantee that a person who fits into these categories will receive an emergency allowance, as it depends on the number of applicants and available cases. It says that, in the Bergen Graham case, some of its requests were too far from its travel time and others were rejected based on the evidence it provided.

MBIE says that he provided clear advice on the information and that an independent medical professional must declare that his condition requires urgent travel to New Zealand.

A ‘violation of human rights’ – lawyer

“There is something very wrong with how our places are allocated at MIQ … New Zealand is denying its borders to a New Zealand citizen who is in her third trimester of pregnancy.

“It is absolutely shocking and shocking that they reject her. She is stateless,” he said.