Some teens and principals are relieved that the government has agreed to delay the start of scholarship and NCEA exams by two weeks. 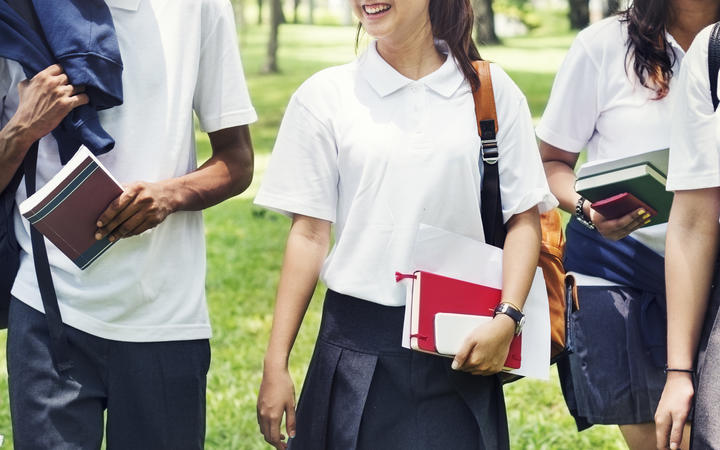 They say that learning from home is not a substitute for face-to-face lessons and that postponing exams will help young people prepare.

The Education Ministry has told schools that due to the learning disruption caused by the level 4 lockdown, exams will start on November 22.

The students, with whom RNZ spoke, agreed that closed learning was not as good as being in a classroom with a teacher.

But they had different opinions on the decision to postpone the exams.

“I guess the decision is really a big thing for our students because it gives us more preparation time. It’s much more difficult to prepare at home than at school because you don’t have the face-to-face contact that you would have with your teachers,” he said.

Mike Wanoa, a 15-year-old from Ōtorohanga, also supported the postponement.

“I think it will be very helpful to other people if they have difficulties with certain issues,” he said.

Ruby Smedley, a Year 12 student from Canterbury, said the confinement had created stress and undermined her confidence before exams.

Despite that, she did not support the delay.

“I feel like it won’t make much of a difference and I, among many of my friends, am angry and frustrated by this decision,” she said.

He said he would rather have more study permits to focus on exams.

“I value my study license because it is a time when you can meet up with your classmates and have study sessions on a topic for a good amount of time instead of the daily hour we have in class,” he said.

“I know for myself that I also have a summer job and I already raised my hand to work after looking at the calendar and when my last exams were. Now I will have to go through the lists with my boss and change everything now.”

Ruby was not alone in her feelings: A petition opposing the delayed start of the exams had more than 12,000 signatures as of 5 p.m. Thursday.

Whangaparaoa College principal Steve McCracken was one of the first to call for changes to the NCEA last year due to the Auckland lockdowns.

He said he was happy that the Qualifications Authority had changed the dates of the exams this year.

“This is a really positive start in terms of allowing students and staff to adapt and be flexible as well because nothing really replaces that face-to-face time between teachers and students,” he said.

McCracken said he hoped the government would have to make other changes as well, such as granting bonus credits, as it did last year.

“For Auckland itself, this is the third time we have been locked up this school year and it has had a huge impact on both students and teachers. I think there is a clear need for it to be considered quite strongly, but I think it also depends how long we stay at this alert level 4. “

Auckland’s Carmel College principal Chris Allen said students had less time in contact with their teachers during the lockdown, so the exam delay was helpful.

“This gives the students some certainty, now they know that they will have the opportunity later to go back to school and study a little more before having to sit outside,” he said.

He said he expected more changes to ensure that teens most affected by the lockdown are not at a disadvantage.

“That would be very helpful and it would lower your stress level and help your anxiety levels,” he said.

The Ministry of Education has told schools that it is working with a professional advisory group to be ready to introduce additional changes to the NCEA that may be necessary.