People trying to leave Afghanistan for New Zealand are not being held due to visa processing, says Prime Minister Jacinda Ardern. 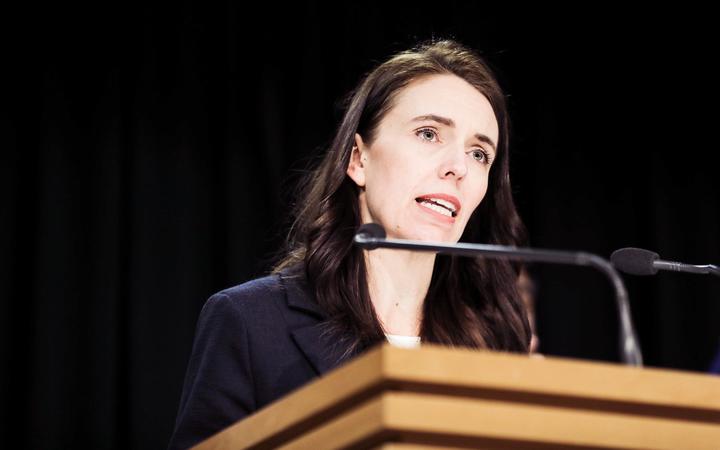 Speaking at the daily Covid-19 briefing this afternoon, Ardern said there was no way to get all the people who wanted to escape from Afghanistan to New Zealand in the initial emergency evacuation out of the country, but the Cabinet planned to find out what it could do. . do it once you’re done.

“The window was very short. The number of people who wanted to leave was enormous. I think that at the end of this mission it will be clear that each country will have some people who could not get out.”

Ardern announced last Monday that New Zealand would attempt to evacuate all of its citizens, as well as those in Afghanistan who had worked with the NZDF, police, MFAT or Operation Burnham and who may now be at risk.

However, the government this morning said there was resettlement applications detained of the Afghans, saying that the withdrawal from the airport was “imminent”.

Since then, the US and UK have warned their citizens to stay away from Kabul airport due to security risks, as thousands of people are still waiting in and out of the airport waiting to fly.

“No one has entered with the intention of leaving … anyone behind, but the reality of the situation has been extraordinarily difficult,” Ardern said this afternoon.

She said it was not correct to say that people on the ground were unable to leave because they were waiting for approval from the New Zealand authorities.

“Of course, we had clearly defined criteria that we were working on … first, of course, focusing on getting New Zealand citizens, permanent residents who were trapped there, also those who supported our agencies and defense force.

“For them, in general, of course, we knew and were aware of who those individuals were. And then there will be those who are visa holders who had already received visas but who were in Afghanistan.”

Among reports of Afghans fearing for the lives of their families, a former New Zealand interpreter said the New Zealand government had let members of his family perish at the hands of the Taliban.

There have been violent scenes in which thousands of people hoping to flee the country tried to break through barricades controlled by members of the Taliban.

The Taliban, who quickly took control of Afghanistan again when US forces withdrew from that country’s longest war, have said an extension of the US deadline would violate an agreed deal. They insist that all foreign forces must depart on Tuesday.

Ardern said there were three groups of people the government would need to keep working to evacuate from the country.

The first group consisted of New Zealand citizens or visa holders who had not been able to reach Kabul airport from the province in which they were located; the second group consisted of those who supported New Zealand agencies in Afghanistan facing the same problem; and the third group was a broader general category of refugees.

“In all international partners there have been tens of thousands of people who tried to leave in very unsafe circumstances … we always knew that we were going to need to see what would happen after this emergency mission.

He said there was work to be done “across the international community” to support refugees, with a focus on those who may be of particular concern due to human rights or other work.

“That did involve UNHCR though, so it’s often a bit longer process, so we want to work on that next.”

He said no decisions had been made on whether to increase New Zealand’s overall refugee quota, and said the quota had already doubled.

The previous National Government increased the quota from 750 to 1,000 in 2016, a decision that took effect two years later, and the Labor Party increased it again to 1,500 in 2018, which took effect last year.

“We always knew that we were going to have to see what would happen after this emergency mission,” Ardern said.

The Taliban have promised safety and security, and have vowed to preserve women’s rights, but there have been reports of door-to-door persecution for those who helped New Zealand and women’s groups are skeptical of the Taliban’s promises.

The UN has also highlighted “credible” reports of abuses by the Taliban, particularly restrictions on women.