There are six subgroups associated with the latest outbreak, the largest of which has reached 58 cases, divided between Auckland and Wellington. 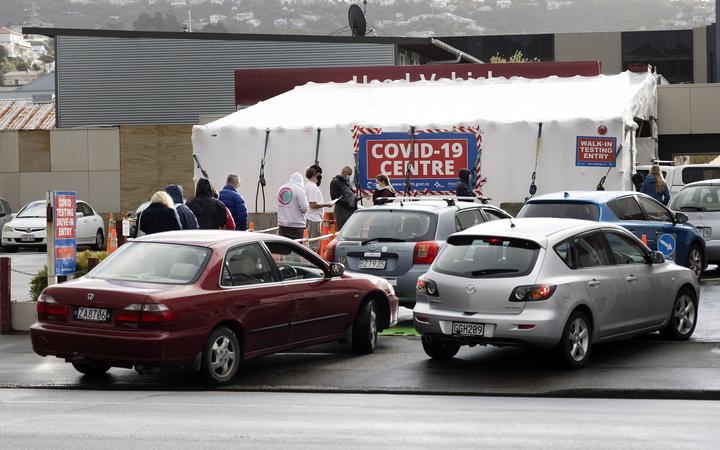 A Covid-19 testing station in central Wellington during the closing of August 2021.
Photo: AFP

Health Director General Dr. Ashley Bloomfield said today that the largest of the six groups was associated with Assembly Of God Church in Māngere.

The second largest group is associated with Case A, a Devonport man in his 50s who was the first community case in New Zealand to test positive in this most recent outbreak.

The church was listed as a location on Friday. An “assembly of assemblies” was held in the church on Sunday, August 15, two days before it was announced that the country would go into lockdown. Anyone who attended between 9 a.m. M. And 3 p.m. M. That day, he was asked to isolate himself, get tested, and contact Healthline.

Bloomfield said today that 27 church groups traveled to Māngere for the service.

More than 500 people have been tested as part of the cluster.

There are a total of 148 cases in New Zealand, all in Auckland except seven in Wellington. Eighty-nine have been linked epidemiologically, and 59 have yet to be confirmed.

“For the vast majority, it is already clear that they are a home or other close contact or were in a place of interest,” Bloomfield said.

The second largest group is connected to case A and is called the Birkdale social network group, with 23 cases. A colleague in Case A became infected, and subsequently his roommates and friends also contracted the virus.

All confirmed cases have been or are in the process of being transferred to quarantine facilities.

The number of cases is expected to increase over the next two to three days, before declining, Bloomfield said.

“Yes, we have seen an increase today, but it is reassuring that we are not seeing exponential growth in the number of cases, so that is good,” he said.

Officials are learning more about the outbreak and various mutations have helped identify all six groups, Bloomfield said. He did not offer any further details on the other four groups, but said

Testing for people who are close contacts or who have been in high-risk settings would be prioritized, with five centers in Auckland operating “by invitation only”.

More than 50 percent of the cases in this outbreak were Pasifika, and health officials were working closely with communities to help people access vaccines, Bloomfield said.

“The Pacific community is very good at answering the call to test and isolate and we’ve seen a great commitment from all of those churches to really identify who was there and isolate and have those people tested so I can give the Pacific an assurance. Community that we not only have and will continue to work with you, but secondly, based on the history of the Pacific community, we will get to the bottom of it and make sure we get rid of Covid in that community. “