There are 41 new cases of Covid-19 in the community today, a day after the country shutdown was extended. 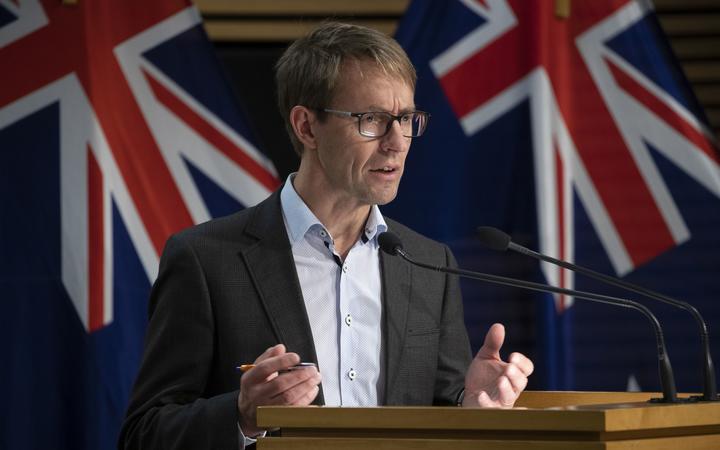 Chief Health Officer Dr Ashley Bloomfield said 38 of the new cases were in Auckland and three in Wellington.

The Wellington cases were first reported two nights ago and have known links to the outbreak.

About 59 cases in the Auckland outbreak have yet to be epidemiologically linked to the outbreak, Bloomfield said, but it was clear that the vast majority of them were a close contact or at a location of interest.

There are eight Covid-19 positive patients in the hospital, none in the ICU, all in pressure-isolated rooms.

There are 80 genome sequences, all linked to the outbreak.

Bloomfield said that most of the outbreak cases are linked to the subgroup in the Assembly of God church.

The second largest subgroup is associated with the first identified cases, which has 23 cases.

As of 9 a.m. today, there were 15,741 formally identified contacts, roughly 10 times more than in the outbreak around this time last year in Auckland.

There are now nearly 900 top-of-the-line contact trackers working across the country.

There are 369 contacts that could be considered the “closest contacts”.

“The time from the exposure event to the identification of the contact, the metric is above 80 percent in 24 hours and that stands at 75 percent at the moment.”

Said there were 100 others places of interest Since the last update, more than 400 in total.

Yesterday 35,376 tests were processed throughout the country. Bloomfield said wait times had been shorter and more primary care providers had been performing them.

He said the Warkworth sewage tests had come back negative, and genome sequencing suggests that someone who was infected briefly transited through Warkworth.

There are more than 2000 people working in the Covid vaccination health line. On its busiest day, August 19, the service reached more than 24,000 people.

Bloomfield said the vaccination rates for the Pacific and Maori were similar or slightly higher in each age group compared to other age groups.

He said rates were lower for the Pacific in South Auckland than other areas, so the government was working to reach out to that community.

Bloomfield said the models suggested that the peak had not yet been reached, and although the numbers had risen today, it was reassuring that the cases had not increased exponentially.

He said that all cases that had arisen before the closing would soon be identified.

Bloomfield relied on infection prevention and control procedures at the vaccination center near the isolation facility run by Crowne Plaza.

He said the evidence suggested that the transmission of the case that stayed at the Crowne Plaza did not come through the staff, but it was still a possibility. Work is still being done to find out how the virus escaped.

He said text messages were sent with scam test results, adding that anyone who tested positive would receive a phone call, not a text message.

Of the Assembly of God group of churches, he said it was a combination of people who were in the service, as well as other family members and close contacts.

He said six subgroups were identified in the overall outbreak.

There were around 27 different church groups that moved to Auckland for the Assembly of God service, including some who traveled from Wellington.

More than 500 people have been tested as part of the cluster.

“Anyone who is a close contact or has been in a high-risk environment, that test takes precedence.” He says there are five test stations around Auckland that are “by invitation only”, and with the high demand, there is currently a turnaround time of about 48 hours.

Finance Minister Grant Robertson said that all testing capacity across the country was being used, including discussions with universities about the resources that can be added.

He said an MIQ worker at the Novotel in Ellerslie who tested positive yesterday was fully vaccinated and was a close contact on another case. The person worked a shift, he said; all the others were being evaluated, but it was not a case of infection from MIQ.

Bloomfield said separate demographic information on cases from the outbreak would be available starting this afternoon and would be updated daily.

Robertson said the ministers received assurances from the police that people were generally complying.

He said nothing about the lockdown that changed the employment law, and while the wage subsidy was there to support those who couldn’t work, people should be paid for the hours they worked.

On the severity of Covid-19, Bloomfield said that if New Zealand had followed the same approach seen in Scotland, some 10,000 people would have died in about 20 months.

“We have around 600 influenza-related deaths annually, so it is a difference in magnitude, and that’s not counting all the people who may have been infected, many of whom, according to studies around the world, we observe have continuous symptoms “.

He said that even with the high vaccination rates seen in the UK, an uncontrolled outbreak would produce the equivalent of about nine to ten deaths a day in New Zealand.

Robertson said that important additional tests were being done in Auckland and it didn’t make sense for people to travel from Auckland to Thames to get tested.