A prized birthing center in the Hutt Valley is about to close its doors just three years after its opening, leaving midwives and parents fearful of postpartum care in the region. 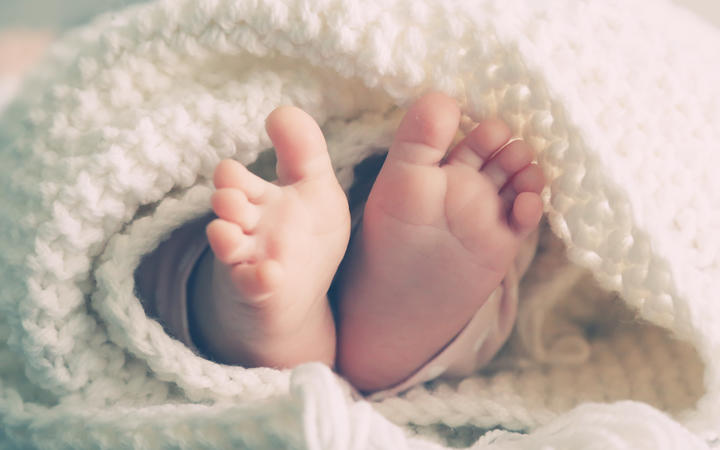 Te Awakairangi Birthing Center has 12 rooms for women who have had low-risk pregnancies and plan to have a natural birth.

The free service is owned by a charitable trust that recently announced that it would close at the end of next month due to lack of funds.

Natalie Horspool, pregnant with her third baby last year, knew she needed better when it came to giving birth.

“I found the hospital to be a very traumatic and medicalized experience, I found that there were unnecessary interventions and I was not fully involved in decision making. So after that experience, I was really looking for other settings where I could have my baby in such a way. safe.

He said that Te Awakairangi Birthing Center gave him exactly what he needed.

Horspool belongs to the advocacy group Hutt Families for Midwives, and as soon as he learned that the Wright Family Foundation was considering closing the center, he started a petition.

“It was a short and sharp petition, open for only one week, due to the looming deadlines for the closure decision, so after a week we have had over 6,000 signatures. Which is a fantastic result and shows how firmly the community opposes the closure of this birthing center. “

That petition, along with an evidence document citing studies related to positive outcomes for people born in similar centers, was delivered yesterday ahead of a final decision on the closure expected this week.

Wellington midwife Suzi Hume said the evidence was there, but it didn’t take far to understand the benefits of giving birth in a comfortable, home environment.

“You don’t even need the research statistics that show it’s good for results, just to see how good people feel.

“And that’s an important part of health, it’s what we increasingly recognize and it’s how important it is to feel good and feel empowered and in control.”

She said the severe shortage of midwives in the region was also hurting that choice as, without a community midwife, women were forced to use the hospital.

She said this was particularly unfair to Maori women who preferred a birthing center to a hospital.

“It feeds their soul, it makes going to work really satisfying because they see what should be happening, they see care focused on women instead of hospital, as much as people try … it’s really focused care in the system. “

Orapai Porter-Samuels used to work as a midwife and now teaches prenatal classes in the region. She said that if people had a positive birth experience, it would flow for them and their children for the rest of their lives.

She said this was why choosing and keeping the birthing center open was so important.

“What is our village? Our village is our community. And what is part of that community? It is the place where we are born.”

“If you have a stretched system, you have many more answers to this … health and mental health problems, the statistics say it all. If a mother does not feel safe and there is a traumatic birth situation, then breastfeeding is a problem. and so many other things that have not been taken care of.

“So when you say, we will just take this one away because we can’t afford it, it actually comes back to us, the whānau.”

She said the birthing center was especially needed for cultural reasons.

“Because [the hospital] It is often stretched and operated outside of those circumstances, the birthing center actually has time to do it, because it is a quieter place. That sounds unconvincing, but for those women who want to do something different with their birth plan … they have a better chance of being able to do it. “

MidCentral DHB took over the operation of the Palmerston North service last year, the Tauranga center also received some money, but the Hutt Valley and Māngere did not.

The foundation did not respond to interview requests and did not elaborate on the nature of the funding problems or any discussions it may have had with the DHB.

The Hutt Valley DHB wouldn’t tell RNZ if it would provide money, but Associate Minister for Health Ayesha Verrall was more forthright, saying the shutdown was a private operation and the decision to shutdown was hers.

He said that $ 9.47 million had been invested in the remodeling of the Hutt Hospital maternity facility.