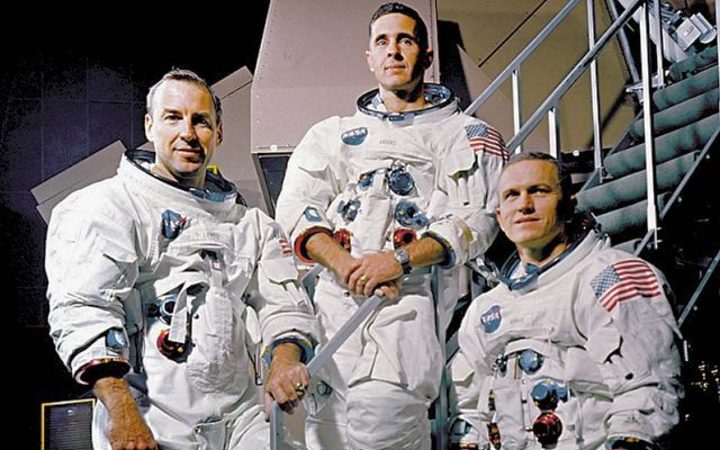 The Apollo 8 mission was the first manned spaceflight to orbit the moon, in December 1968.

The mission was a precursor to the famous Apollo 11 lunar mission, which followed in 1969, in which man stepped on the moon for the first time.

Weeks before the launch of the Apollo 8 mission, the Federal Aviation Authority reached out to New Zealand officials in Washington, because the calculations for the spacecraft’s return to Earth had changed.

“The FAA has reported, in confidence, that an alternate landing site for the Apollo 8 spacecraft to be launched in December will be within Fiji, which is controlled by the New Zealand Civil Aviation Authorities,” the documents read. confidential.

“The FAA has asked if at this stage and before continuing they could have guarantees of New Zealand’s cooperation in case it was necessary to take the ship to the far side of Fiji.

“This would involve launching a block of airspace for a short period during the spacecraft’s estimated time of arrival, about 47 minutes, and cooperating to control the movement of search and rescue aircraft during the subsequent recovery period.

“Please confirm that you are willing to cooperate as indicated above, and also advise who the Americas should contact in Fiji at the working level to further discuss the operations.”

The New Zealand government responded the next day, offering to go further in support of the Apollo mission.

“The Department of Civil Aviation is pleased to make the Nandi Rescue Coordination Center available to the FAA for Apollo 8 space shooting and to provide airspace restrictions as needed,” they said.

“The FAA contact in Nandi is Mr. J. Wad, Regional Airways Officer and Officer in Charge of Nandi RCC. If necessary, Ward may visit Hawaii for information.”

They also provided Americans with detailed charts and maps of the region. 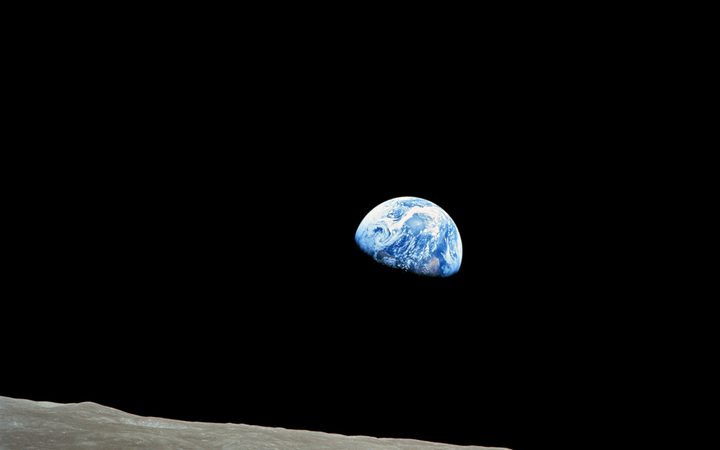 Apollo 8 fell on December 27, somewhere between Fiji and Hawaii.

An American helicopter picked up the spacecraft and transported it to the USS Yorktown aircraft carrier, about 90 minutes after it hit the water.

While it is unclear whether Apollo 8 fell within New Zealand airspace, it is clear that the mission led to increased cooperation between the United States and New Zealand on future lunar missions.

Future Apollo mission documents show that the FAA simply advises New Zealand of landing sites, after an agreement was reached on the Apollo space program.

For example, an Apollo 16 mission document shows the FAA advising the Foreign Secretary that the landing zone had traveled some 400 miles and was now within New Zealand airspace.

Meanwhile, the documents also show Prime Minister Keith Holyoake’s message to President Lyndon B. Johnson, after the success of the Apollo 8 mission.

“On behalf of the people of New Zealand, I send my sincere congratulations to all who are interested in the magnificent achievement of the Apollo Eight project,” said Holyoake.

“The knowledge and courage of the scientists and astronauts involved in the project have made the moon a province of the earth.”

While New Zealand was reaching an agreement with the United States on spaceflight in the Pacific, an international treaty was being formed through the United Nations that covered essentially the same thing.

The Agreement on Astronaut Rescue, Astronaut Return, and Return of Objects Launched into Outer Space was formed in the late 1960s, and New Zealand was one of the first countries to signal that it would sign the agreement.

But when it came time to formally sign and ratify the agreement in July 1969, officials made mistakes.

“We regret that a mistake was made in sending to the Foreign and Commonwealth office to send to its ambassador in Moscow the instrument of ratification destined to be deposited in London,” read a memorandum from London to Washington and Wellington.

“We discovered this at our noon today (July 8), at which point the ambassador in Moscow would surely have deposited the instrument in the hands of the Soviet authorities, who presumably, they repeated, did not notice that the wrong document had been left with them. “

Officials discussed what to do after the confusion, whether to tell the Soviets and whether it mattered when their intentions were solid.

But the error occurred a week before the Apollo 11 mission took off, meaning New Zealand was at risk of not being a party to the treaty during the first mission to the moon.

Documents released by the Ministry of Foreign Affairs and Trade date back to the 1950s and include New Zealand’s role in discussions of space law.

Sir Leslie Munro, the then New Zealand ambassador to the United States, was one of the world’s leading experts in space law at the time and played an influential role in what eventually established the United Nations.

Sir Leslie was frequently quoted by newspapers in the United States, as the New York Times, and was asked to speak on space law at MIT.

New Zealand officials were concerned about how outspoken he was.

“Sir Leslie has been exploring new realms by emphasizing his interest in the control of outer space and in the urgency of some form of international action following the launch of satellites by the Soviet Union and the United States,” a confidential letter from the United States of New Zealand. The representative of the nations read, in March 1958.

“Until now, Sir Leslie has limited his remarks to the legal aspects of sovereignty in outer space. On the political side, he has reiterated his view that an international conference of scientists and diplomats should be held to examine the problem in all its aspects. , also stating his position that the United Nations should not be ignored as an appropriate forum to produce intergovernmental agreements.

“I think that, in the absence of a political statement from the Americans or Russians and a greater understanding of all the issues involved, you could possibly find yourself on dangerous ground if you developed your thinking too much in public.”

They were particularly concerned that Sir Leslie spoke about disarmament issues.

The letter said it would be “helpful” for the Department of External Affairs to have an opinion on his statements and that some action should be taken to prevent further statements.