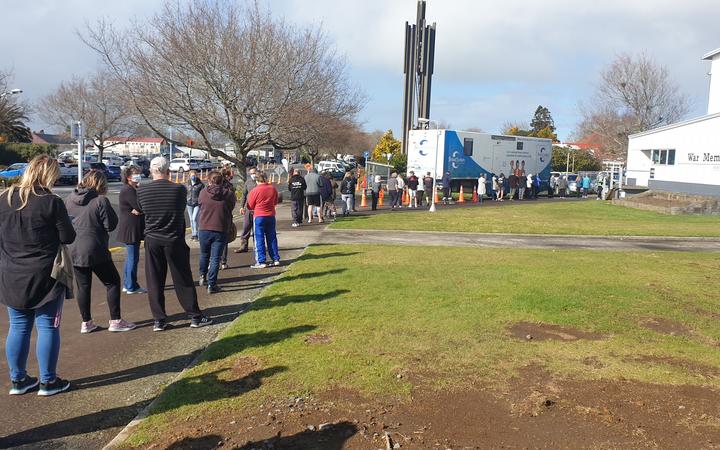 The weather did not discourage those who wanted to get vaccinated in Stratford.
Photo: RNZ / Robin Martin

The clinic had 800 reserves and the capacity to vaccinate 900 people.

Earlier this month, a similar first-dose event delivered about 2,400 injections, while another 500 were not used that day.

By midmorning, a line of people in masks, doing their best to maintain social distancing, snaked down Miranda Street and circled the Stratford War Memorial Center.

The buzz of a large-scale community event evident at the clinic two weeks ago had been replaced by a sense of urgency. 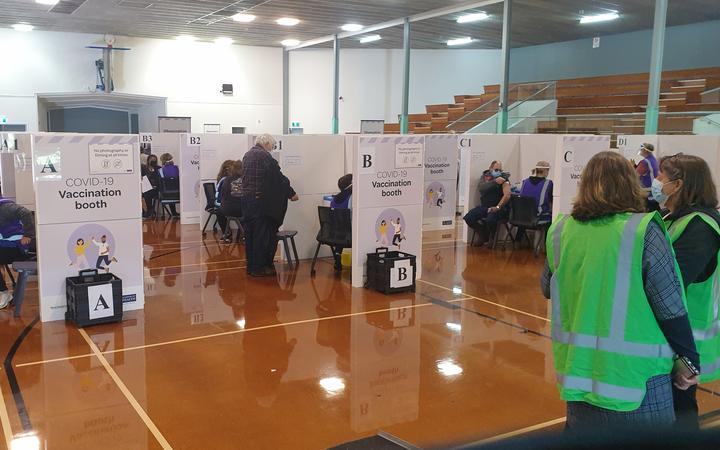 Trucker Steve, who has had a rethinking of the vaccine, was in the queue.

“In a way I thought this vaccine needed to be tested longer and was waiting to see what would happen, but I think the chances of something more serious happening to me are more prevalent now, so yeah, it’s time to get it done, believe.

“I still have my reservations, but I think in the future we are going to need them to do anything. Whether we travel or go somewhere, we will need some kind of verification that we have been vaccinated.” 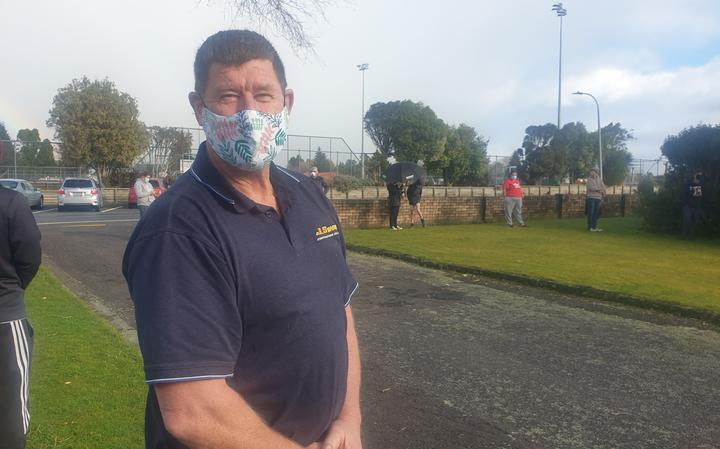 Steve has reconsidered the need for a vaccine.
Photo: RNZ / Robin Martin

Steve was worried about Jan Watts, who was in line next to him.

“I’m happy enough to queue and of course there can be trouble anywhere, but when you have an elderly person like this in the rain and a reservation at 9.10am it doesn’t go very well, but hey, I guess. we just have to bear it. “

Not that Watts was worried about herself.

“Well, this is what I can’t quite understand. I am 83 years old and why do they ask the old people to get the vaccine when the younger ones need it the most.” 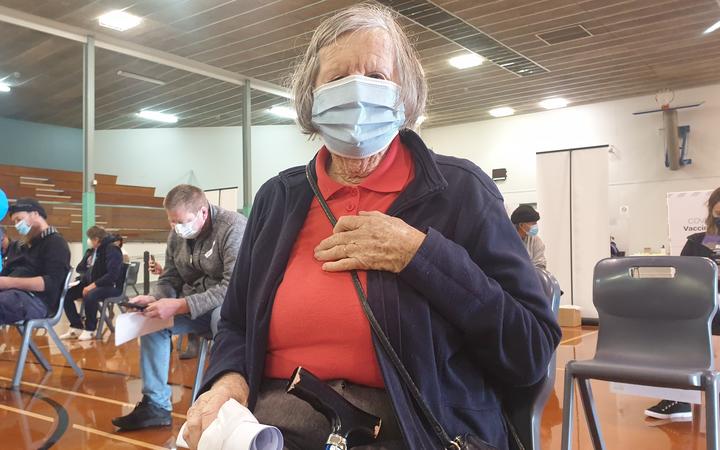 She said staff from the Taranaki District Board of Health had come to see her while she waited in line.

“They went out and gave me a chair because I have a cane. They have been wonderful, absolutely wonderful.”

Vaccination Program Operational Planner Rachel Court said Level 4 restrictions meant the clinic at War Memorial Center couldn’t vaccinate as many people as before and the line was longer.

“The most important thing is safety. The actual process is exactly the same as normally when it comes to the extraction and administration of the vaccine.

“The things that we must take into account are the distance of 2 meters, the people who enter must have masks, hand hygiene and we must make sure that a health check is carried out when people enter and are well.” 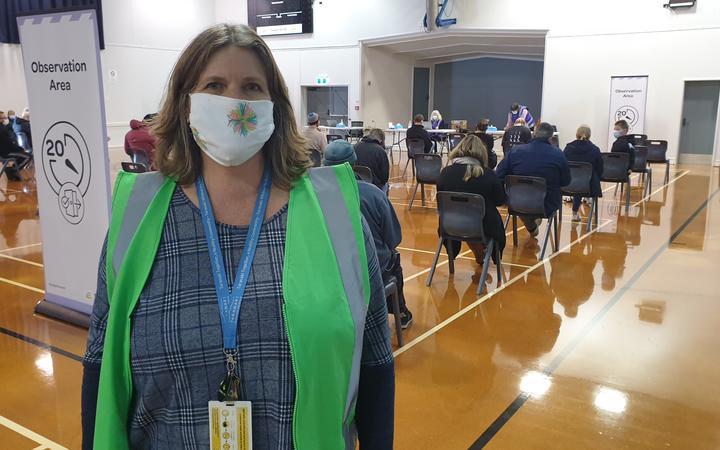 The court said there had been a similar early rush at the first mass vaccination clinic.

“So it’s not so much that we weren’t expecting people, but maybe there are a few more people than we expected today, especially when it comes to walk-ins.”

DHB staff had established a second walk-in line, which included front-line workers from Stratford supermarkets who were receiving vaccinations despite not having booked.

Rob Nixon, who was queuing with the entire family, including two teenagers, could understand why there was a queue.

“I guess everything has changed because of level 4, so I’m sure if we weren’t at level 4, this would have been done a lot faster. It is what it is. We don’t have anything else to do today anyway.” 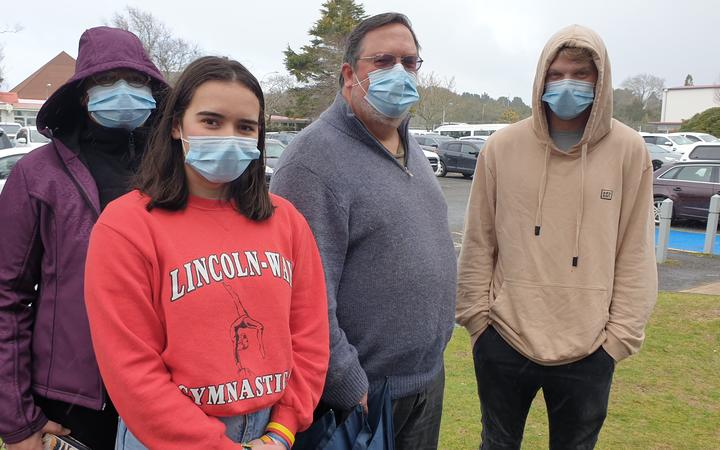 Wendy Hunger said the Delta outbreak was a game changer and she was willing to queue in the rain to take her first hit.

“Because it makes you realize how fast Covid can move and with the second jab it means that you will not receive it so harshly. You will get it, but not so harshly. If I can see my mokopuna and my mother, it’s worth it. shame standing in the rain for “.