Most of the people RNZ spoke to last night on the South Island were convinced of the need to close, even though the only positive case so far is on the North Island. 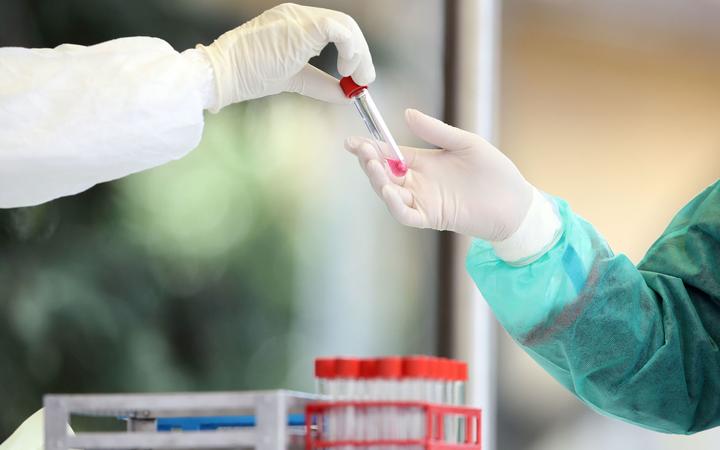 Less than an hour after the announcement, cars were queuing on the street at supermarkets and bottle stores across Christchurch as people stocked up on essentials.

Sylvia Regan was serving customers at a popular produce store on Pages Road, one of the stores she couldn’t open on level four, along with bakeries and butchers.

“They’re all being really cool with things and that’s the main thing. I mean, I guess they’re doing what they think is best to keep us safe. And, yeah, it would be great not to have to come to work tomorrow.”

While stocking up, the mother of three said she was preparing as best she could for the second round of confinement.

“It’s the best for everyone, especially with Australia as it is. Hopefully it’s only three days, because [we’ve got] three kids at home and they really don’t want to be home that long. They didn’t cope that well last time, so I hope it’s only three days. “

Komene Kururangi said that he would prefer a harsh but brief confinement rather than something longer and that he was prepared to be home with his young family.

“Suddenly when they said level four, I thought, I feel like I need to go for a walk now, you know. We have scooters and bikes and everything is ready to go.”

Like many people, Jo Farrell’s plans for the next few days had been ruined.

“I just spent $ 200 because my daughter is going skiing tomorrow, well, so I’ve spent loads on things that are now useless, but I understand why.”

But Matt Radcliffe said the South Island shouldn’t have been forced to lock up over a North Island case.

“We are like sheep, aren’t we? Yeah, I think it’s over the top. You know, a case, if it’s a case in the North Island … Australians can block a state, why can’t they? New Zealand blocks one island, if it is in the north, close the North Island “.

In downtown Dunedin, Carolyne Smith said anything below level four would have jeopardized a New South Wales-style setting.

“I mean, if we went for something sharp and hopefully short, we’ll hit it on the head, but I think if Jacinda and Ashley had chosen to say level three or something like that, they would have been very open to letting it go. . “

And while he supported the move, Alex Burchell said it would certainly affect people.

“You really don’t miss social interaction until they tell you you can’t have it, do you?

“That is the sacrifice we have to make, but it is undeniable that it is going to take its toll on people and when people were dealing with anxiety, depression during the first confinement, they could also be facing similar problems this time.”

Stay at home whenever possible and follow level 4 alert guidelines. This will stop the spread of COVID-19 and SAVE LIVES.