Supermarkets are again urging people not to panic as New Zealand faces a nationwide return to level 4 lockdown.

After a new community case of Covid-19, which is expected to be the Delta variant, was discovered today in Auckland, Prime Minister Jacinda Ardern announced that New Zealand would enter alert level 4 starting at midnight.

Auckland and Coromandel will be at Alert Level 4 for seven days, with the rest of the country for just three days.

Police said tonight that they were increasing visibility at supermarkets in Tāmaki Makaurau Auckland to provide peace of mind to the public and workers after reports of long lines.

“The police reiterate the advice of our partner agencies to remain calm and that there is no need to panic,” said a police statement. 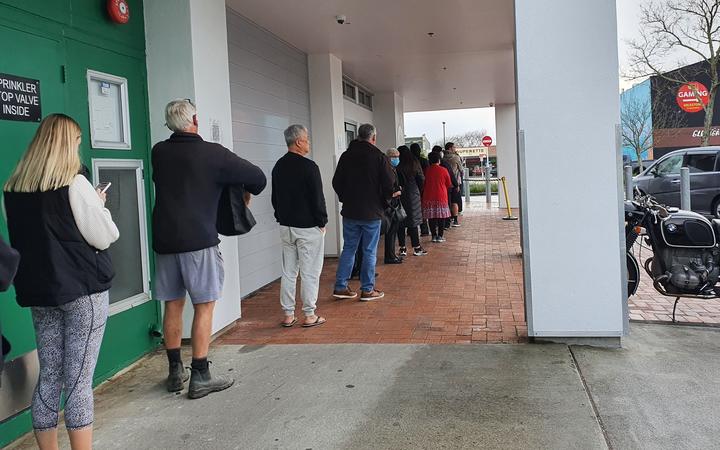 Reporter Nick Truebridge was outside a Mt Eden supermarket and said there were about 100 people lined up, searching for the usual stuff like toilet paper.

See all RNZ coverage of Covid-19

In Wellington CBD, before the government announcement, reporter Ben Strang said there were hundreds of people lining up to receive supplies at New World Thorndon, near Parliament.

“A lot of toilet paper goes out the door, I don’t know if the two layers can stop Delta, but obviously people are eager to get it as quickly as possible.”

In Wanaka, the shelves were emptied of chicken and bread, with long lines waiting at checkouts.

Countdown Supermarkets spokesperson Kiri Hannifin said Control they had reports that the supermarkets were getting busier as the evening wore on, but if New Zealanders just shopped as usual, everything would be fine.

“We are very confident that we can keep our team and our customers safe,” he said. “In terms of supply, if everyone buys as they normally would on a given day or week, we will have enough food and groceries for everyone.

“It really is up to all of us to do the right thing and if we do it and shop normally, our stores will be absolutely fine.” 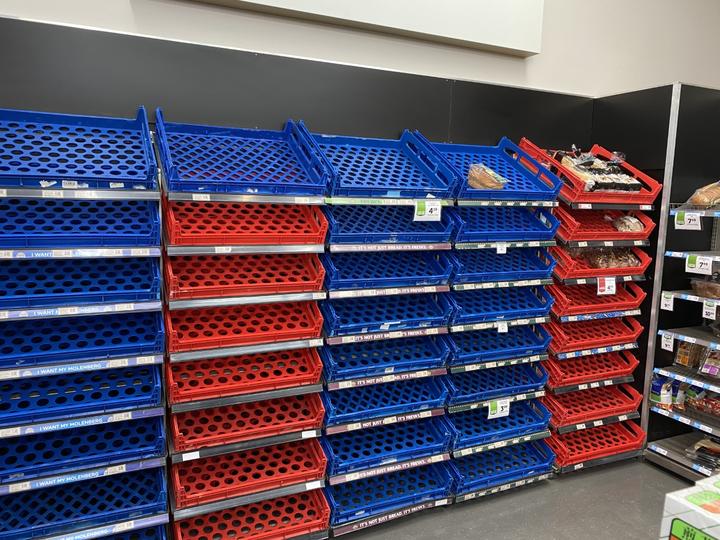 She said Control The company had been watching what the government has been saying in the last week about the risks posed by the Delta variant, and had released a press release today saying they were prepared in the event of a change in the alert level.

“We are anticipating that,” Hannifin said. RNZ. “But even if the lockdown doesn’t happen tonight at least, if you ask us what we did this afternoon, I can say that we implemented social distancing, improved hygiene immediately.”

“The stores are fine. Obviously we’ve been planning, planning scenarios for a community case again and a community case which is Delta and we are in a great position, I guess, not just to have done it before in New Zealand … but our own. business in Australia is deeply affected by Delta at the moment, with around 1,000 teams in NSW alone. “ 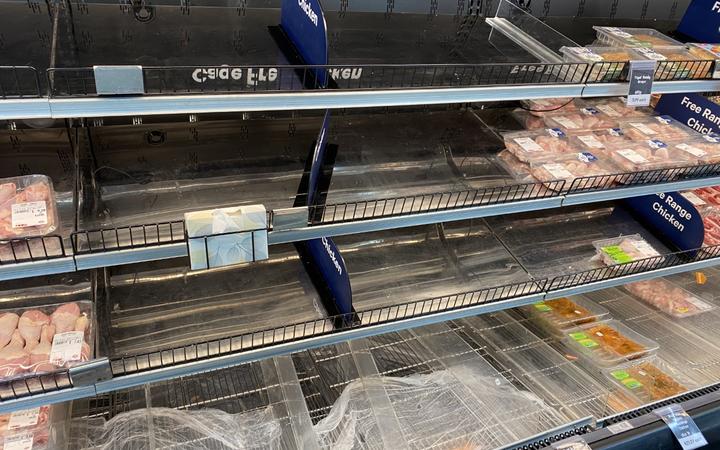 The director of corporate affairs for Foodstuffs NZ, owner of New World, Antoinette Laird, said the stores had a lot of groceries on the shelves.

“Fortunately, our North Island distribution center has a lot of additional capacity and the team has been storing additional volumes of key essentials should they become necessary in a case like this,” he said.

“We are again asking customers to #shop normally and to be kind to our teams and each other. Our teams are preparing to move alert levels and we ask customers to be patient as we prepare to implement the various precautions of security necessary to keep everyone safe.

“In the meantime, we encourage everyone to scan the Covid Tracer app and wear masks to protect themselves and our teams. We will continue to report after the government announcement later tonight.”